Attorney General James Recovers Over $40,000 For New Yorkers Who Had Their Weddings Cancelled Due To COVID-19 Shutdowns 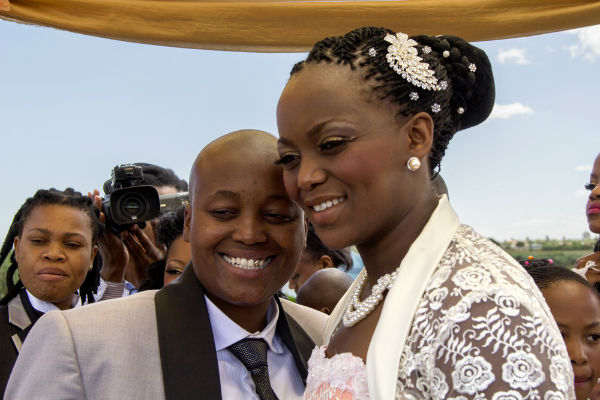 New York Attorney General Letitia James today announced that her office recovered more than $40,000 in refunds for New Yorkers who had their events cancelled at the Falkirk Estate & Country Club (Falkirk) in the Hudson Valley due to pandemic-related shutdowns. Couples reported that Falkirk refused to refund them their deposits when their weddings were cancelled due to pandemic restrictions on large gatherings.

In an agreement with Falkirk, the venue will repay two couples $18,300 and provide additional refund payments for any other individuals who made deposits between June 26, 2020, and May 19, 2021, but were denied refunds.

“Today’s agreement returns joy and money to New Yorkers who were unfairly denied refunds for their cancelled weddings,” said Attorney General James. “Although the pandemic forced many couples to cancel their weddings, they shouldn’t have been left waiting at the altar for their refunds. This is a big day for couples who were not able to celebrate at Falkirk, and I encourage anyone who paid a deposit but was denied a refund for their cancelled event to contact my office.”

The Office of the Attorney General (OAG) received complaints from various couples that Falkirk refused to refund them their deposits although the venue cancelled their weddings because of pandemic-related restrictions and shutdowns.

In a letter, Falkirk claimed that it used the deposits to fund the venue’s operations instead of earmarking it for the couples’ events.

As a result of today’s agreement, Falkirk is required to reimburse two couples $18,300 and provide restitution for others who paid deposits but were not reimbursed.

Individuals have 180 days from the date the agreement was signed to submit a request for a refund. Following previous negotiations with OAG, Falkirk already returned $22,500 to two couples for their cancelled weddings.

To submit a request for a refund, please contact Assistant Attorney General Cheryl Lee at (845) 485-3925.

The agreement with Falkirk is the latest in Attorney General James’ ongoing efforts to refund New York consumers for events cancelled in the wake of the pandemic.

Earlier this month, Attorney General James returned more than $1 million to thousands of theatergoers for cancelled shows at the Westchester Broadway Theatre.

In July 2021, Attorney General James returned $427,000 to New Yorkers who paid deposits for events at Greentree Country Club in New Rochelle but had their events cancelled.

To date, Attorney General James has recovered millions of dollars for New Yorkers in refunds for pandemic-related shutdowns.