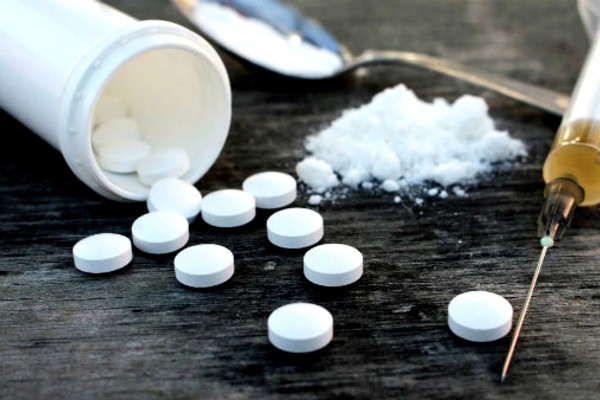 NY Attorney General Letitia James today announced an agreement with Johnson & Johnson (J&J) — that will deliver up to $230 million to NYers from Harlem to the Hudson.

The money will be the largest monetary settlement ever secured by Attorney General James.

The agreement resolves claims made by Attorney General James for the company’s role in helping to fuel the opioid epidemic and would allocate payments over nine years, with substantial payments made upfront.

The agreement also requires J&J, the parent company of Janssen Pharmaceuticals, Inc., to pay $30 million more in payments in the first year if the New York state executive chamber signs into law new legislation that creates an opioid settlement fund, and other criteria are met.

If that legislation — which passed the state Legislature unanimously — becomes law and all litigating subdivisions within New York sign on to today’s settlement, New York would be eligible to receive more than half of total payments, or more than $130 million, as soon as February 2022.

Today’s agreement also makes enforceable a bar stopping J&J and all of its subsidiaries, predecessors, and successors from manufacturing or selling opioids anywhere in New York, and acknowledges Johnson & Johnson’s exit from the opioid business nationally.

“The opioid epidemic has wreaked havoc on countless communities across New York state and the rest of the nation, leaving millions still addicted to dangerous and deadly opioids,” said Attorney General James. “Johnson & Johnson helped fuel this fire, but today they’re committing to leaving the opioid business — not only in New York, but across the entire country. Opioids will no longer be manufactured or sold in the United States by J&J. We are also delivering up to $230 million to fund opioid prevention, treatment, and education efforts across New York state. While no amount of money will ever compensate for the thousands who lost their lives or became addicted to opioids across our state or provide solace to the countless families torn apart by this crisis, these funds will be used to prevent any future devastation. Our trial against the remaining defendants will commence this coming week, where we will lay bare the callous and deadly pattern of misconduct these companies perpetrated as they dealt dangerous and addictive opioids across our state. As always, our goal remains getting funds to those devastated by opioids as quickly as possible.”

The cases against Purdue Pharma (and subsequently the Sackler family), Mallinckrodt, and Rochester Drug Cooperative are all now moving separately through U.S. Bankruptcy Court. The trial against all other defendants is currently slated to begin this coming week.

The schedule of those payments will depend on a number of circumstances, including how many of the state’s political subdivisions accept and choose to participate in today’s agreement, as well as whether the state’s executive chamber signs legislation — approved earlier this month — that creates an opioid settlement fund.

The bill creating the opioid settlement fund is currently with the executive chamber, and would ensure payments for New York state under any opioid settlement or through litigation would be earmarked towards prevention, treatment, education, and other forms of abatement, instead of towards the state’s general fund.

Under the most aggressive schedule, where this new legislation is signed into law and all subdivisions accept the terms of the settlement, the first three years of payments — totaling $134,330,271.65, more than half of the $230 million — will be accelerated and paid as soon as February of 2022.

In addition to negotiating the largest monetary settlement since she took office, Attorney General James negotiated substantial injunctive relief securing the end of J&J’s manufacturing of opioids and their distribution across New York and the rest of the nation.

J&J has committed to ending the manufacture and sale of all opioids and opioid products for distribution in the state of New York, as well as to no longer ship these products anywhere within the United States.

The company will also provide the Office of the Attorney General with details of when the last of the inventory of opioids it has already shipped expires.

Additionally, J&J will be prohibited from promoting opioids or opioid products through sales representatives, sponsorships, financial support, or any other means; will not be allowed to provide financial incentives to its sales and marketing employees for the sale of these products; and will not, directly or indirectly, provide financial support or in-kind support to any third party that primarily engages in conduct that promotes opioids, opioid products, or products for the treatment of opioid-induced side effects.

J&J will additionally be forbidden from disciplining its sales and marketing employees for not hitting opioids sales quotas — one of the key motivators J&J and other companies had in marketing opioids so heavily to the American public — and will not be allowed to use, assist, or employ any third party to engage in any activity that J&J itself would be prohibited from engaging in pursuant to today’s agreement.

J&J will also be prohibited from lobbying federal, state, or local legislative or regulatory authorities about opioids or opioid products.

Finally, J&J will have to make additional information about opioids and opioid products more accessible to the public, including to patients, health care providers, and others.

Part of how J&J will fulfill this provision is by sharing clinical trial data under the Yale University Open Data Access (YODA) Project to allow researchers qualified under the program to access the company’s propriety data under the terms of the project.

Today’s agreement would additionally resolve lawsuits against J&J by Nassau and Suffolk counties if the county legislatures approve it next month.

Today’s agreement was negotiated in coordination with a larger global settlement that remains ongoing, but that could possibly end litigation by thousands of additional entities, including all litigation pending by state attorneys general around the nation.

Separately, but related to her work on opioids, in February, Attorney General James co-led a coalition of nearly every attorney general in the nation in delivering more than $573 million — more than $32 million of which was earmarked for New York state — toward opioid treatment and abatement in an agreement and consent judgment with McKinsey & Company.

The agreement with one of the world’s largest consulting firms resolved investigations by the attorneys general into the company’s role in working for opioid companies, helping those companies promote their drugs, and profiting millions of dollars from the opioid epidemic.