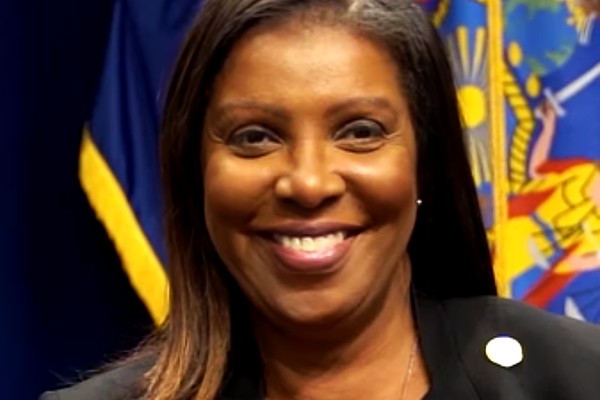 In a letter to each financial institution, Attorney General James urged each bank to eliminate overdraft fees by this summer to create a fairer and more inclusive consumer financial system.

Numerous studies have shown that overdraft fees have disproportionately affected vulnerable families and communities of color by unnecessarily saddling them with additional debts that they cannot afford.

“For too long, excessive overdraft fees have hurt the most financially vulnerable New Yorkers,” said Attorney General James. “Working families and low-income New Yorkers cannot afford to continue to be harmed by this unfair and punitive practice, while banks reap big profits. I am calling on the largest consumer banks in the nation to do the right thing and remove overdraft fees. We need a fairer and more inclusive banking system that supports all New Yorkers.”

Overdraft fees have had harmful effects on millions of consumers nationwide. In some instances, consumers can be charged as much as $35 for a purchase of $5 or less.

According to the Center for Responsible Lending, a study of overdraft-related fees charged in 2019 found that more than $11 billion in fees were charged, with 84 percent of those fees assessed to consumers with the lowest average account balances.

Another study by the Pew Charitable Trust noted that more than 90 percent of such fees are paid by a small subset of consumers, who generally paid three or more such fees per year while earning less than $50,000. The reports found that consumers of color were disproportionately impacted by these fees.

The consequences are devastating to consumers’ financial health and, in the worst-case scenarios, result in individuals losing access to banking services.

Despite this well-known fallout from overdraft practices, these fees remain big business for big banks, according to a recent study published by the Consumer Financial Protection Bureau (CFPB).

JPMorgan Chase, Bank of America, U.S. Bank, and Wells Fargo are among the top five U.S. banks in total assets.

According to CFPB, three of these institutions collected 44 percent of total overdraft and overdraft-like fees in 2019 among major banks.

Elimination of overdraft fees by these four institutions alone would drastically improve access to fairer, fee-free banking options for millions of New Yorkers and consumers across the country.

Earlier this year, Citi Bank announced that it would eliminate overdraft fees, which followed a similar announcement late last year by Capital One. Citi Bank is the largest U.S. bank to take this step.

Joining Attorney General James in sending the letters are the attorneys general of California, Connecticut, the District of Columbia, Delaware, Hawaii (along with the Hawaii Office of Consumer Protection), Illinois, Iowa, Maryland, Massachusetts, Michigan, Minnesota, Nevada, New Jersey, North Carolina (all except Bank of America), Oregon, Pennsylvania, and Washington.

Attorney General James encourages all New Yorkers to be mindful of potential overdraft fees when using their debit cards and reminds them of their rights to opt-out of overdraft programs directly with their banks.