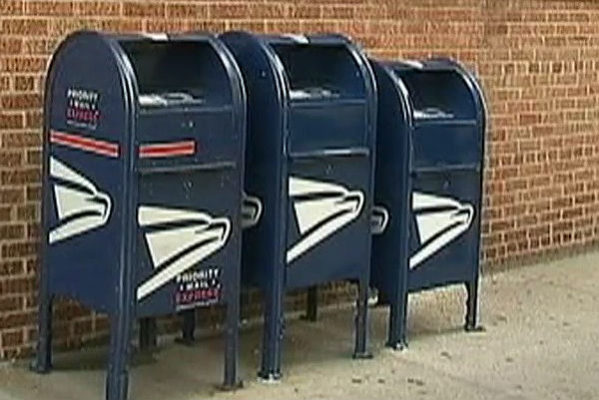 Which would result in increased delivery times for First-Class Mail and other essential postal services. Attorney General James and the coalition today submitted a statement of position to the Postal Regulatory Commission — an independent federal agency that provides transparency and accountability of the USPS’s operations — to urge the USPS to focus its attention on correcting the mistakes of the previous year, not implementing new changes that would further degrade service. The proposed changes could impact up to 96 percent of ZIP codes in the United States.

“For nearly a year now, we have had to fight the United States Postal Service tooth and nail to fulfill its mission and provide timely delivery of mail, medications, paychecks, ballots, and other essentials to Americans across the nation,” said Attorney General James. “Now, instead of fixing the problems that remain delinquent a year later, Postmaster General DeJoy wants to lead the USPS in making further service cuts that would only result in more delays. The Postal Regulatory Commission should reject these changes and direct the USPS to take action to resume USPS service to what it once was. If they don’t, we will not hesitate to use every tool at our disposal to hold the USPS accountable.”

Attorney General James and the coalition write, in their statement of position today, that despite the USPS’s claims that it “implemented a series of purported cost-saving initiatives” a year ago, the truth is that the changes “had a devastating effect on mail service.” Those initiatives included drastic changes to USPS’s policies with respect to extra and late trips and were implemented virtually overnight without any prior input from the Postal Regulatory Commission. As a result, the coalition argues, mail delivery across the nation slowed, and Americans who depended on the USPS for the delivery of prescription medication, paychecks, and other necessities were left stranded.

The coalition also argues that the increased delays also made it more difficult for the states to perform a variety of essential functions and provide critical services to their residents, including the delivery of mail and absentee ballots before the November 2020 presidential election. As a result of Postmaster General DeJoy’s efforts, the USPS is poised to repeat many of these mistakes.

The coalition reminds the Postal Regulatory Commission of the obligations and benefits of the USPS, including its commitment to prompt, reliable service of necessary, life-saving goods to all residents of New York.

Postmaster General DeJoy’s proposed service standards would slow down mail delivery for a significant portion of First-Class mail, and would significantly hinder the USPS’s mission to provide reliable service. This change would prevent New York and the federal government from delivering essential services in a timely manner, including providing public assistance to low-income individuals and families, running driver’s licensing and child welfare programs, and administering elections. In addition to disproportionately affecting low-income Americans, the proposed changes would significantly impact those living in rural areas.

The group also acknowledges the difficulties put upon postal service workers by these cuts, and how critical it is for the Postal Regulatory Commission to prevent further changes after a devastating year — pointing directly to the disastrous changes made at the USPS, last year, in response to the coronavirus disease 2019 (COVID-19) pandemic. As the USPS Office of Inspector General found, last year, the July 2020 cost-saving initiatives that were implemented were done without adequate planning and were poorly communicated — leading to a rapid decline in service from which the USPS has still not fully recovered.

The coalition strongly urges the Postal Regulation Commission to reject the sweeping changes proposed by the USPS and, instead, refocus its energies on fixing its ongoing performance deficiencies.

Attorney General James has been fighting to protect USPS services since last year. Last August, Attorney General James led a coalition of states and cities from across the country in filing a lawsuit to stop the Trump Administration’s attempts to dismantle the USPS. The slowdown had life-threatening impacts on veterans and seniors who were not able to receive medication, as well as economic impacts on individuals that had to wait for pension checks and paychecks. As the United States neared November’s presidential election, the USPS also handled a record number of mail-in ballots because of the COVID-19 pandemic.

Shortly after the lawsuit was filed, Attorney General James filed a motion for a preliminary injunction, asking the court to quickly stop former President Donald Trump, the USPS, and Postmaster General DeJoy from continuing down the path of slowing mail operations in the lead-up to Election Day. In September, the court issued a preliminary injunction, national in scope, that was set to immediately take effect, but for a month the Trump Administration made excuses in an effort to avoid full compliance with that order.

In October 2020, Attorney General James won an interim order that clarified that the Trump Administration had to take every effort to restore USPS sorting machines and use special measures (including delivering mail via air transportation) to deliver election mail on time over those next few weeks.

After the USPS did not comply with the interim order, the court issued a minute-order on Election Day, November 3, 2020, in which the judge instructed the USPS to immediately send postal inspectors or inspectors from the USPS Office of Inspector General to post offices in various cities and states across the country to sweep for any ballots that had yet to be delivered and send them out immediately.