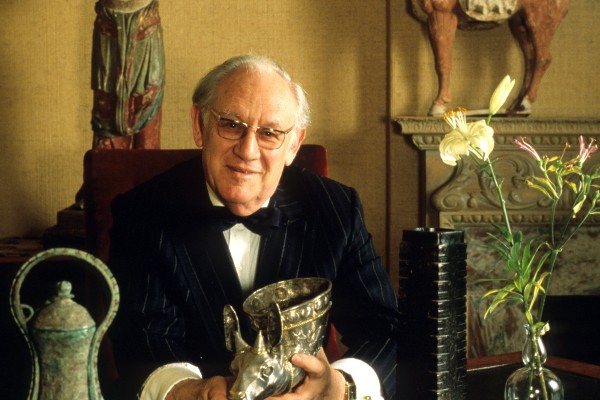 New York Attorney General Letitia James today announced that she has secured more than $4.5 billion from the Sackler family and foundations that they control for their role in fueling the opioid crisis. A mediated agreement was today conditionally approved by the U.S. Bankruptcy Court for the Southern District of New York that forces the Sacklers to pay billions to fund prevention, treatment, and recovery programs in communities across the country; shuts down the company they own and control, Purdue Pharma; and ends the Sacklers’ ability to manufacture opioids ever again.

Additionally, the agreement will make public tens of millions of documents related to the company and the family’s roles in igniting the opioid epidemic — requiring unprecedented disclosure about the role that Purdue and the Sacklers played in hooking Americans on opioids. The framework of today’s resolution was initially put forward by the mediator in July.

“No deal is perfect, and no amount of money will ever make up for the hundreds of thousands who lost their lives, the millions who became addicted, or the countless families torn apart by this crisis, but these funds will be used to prevent future death and destruction as a result of the opioid epidemic,” said Attorney General James. “For nearly two years, Purdue Pharma and the Sackler family have used every delay tactic possible and misused the courts, all in an effort to shield their misconduct.

But this resolution will deliver $4.5 billion into communities ravaged by opioids on an accelerated timetable and it gets one of the nation’s most harmful drug dealers out of the opioid business once and for all. We’ll be able to more quickly invest these funds in prevention, education, and treatment programs, and put an end to the delays and legal maneuvering that could possibly continue for years and across multiple continents.

The pain and suffering far too many communities across our state and this nation have sadly experienced has only accelerated over the course of the pandemic. Now is the time to take every action we can, as quickly as we can, to prevent any future devastation.”

The cases against Mallinckrodt and Rochester Drug Cooperative are now in U.S. Bankruptcy Court. A settlement that ended Johnson & Johnson’s sale of opioids nationwide and delivered $230 million to New York alone was announced in June. A settlement with McKesson, Cardinal Health, and Amerisource Bergen that will deliver up to $1.1 billion to New York state to combat the opioid epidemic was announced in July. The deals with Johnson & Johnson, McKesson, Cardinal Health, and Amerisource Bergen have a global value of approximately $26 billion.

The trial against all other defendants is currently underway in Suffolk County State Supreme Court.

Separately, earlier this year, in February, Attorney General James co-led a coalition of nearly every attorney general in the nation in delivering more than $573 million — more than $32 million of which was earmarked for New York state — toward opioid treatment and abatement in an agreement and consent judgment with McKinsey & Company.

The Office of the New York Attorney General wishes to thank Joshua Sharfstein, MD, Vice Dean for Public Health Practice and Community Engagement at the Johns Hopkins Bloomberg School of Public Health; Richard Frank, PhD, Professor of Health Economics at Harvard Medical School; Magdalena Cerda, DrPH, Director of the Center for Opioid Epidemiology at the NYU Grossman School of Medicine; Matthew Grossman, MD, Associate Professor of Pediatrics at the Yale School of Medicine; and Michael Crawford, MBA, MHL, Associate Dean for Strategy, Outreach, and Innovation at the College of Medicine at Howard University.