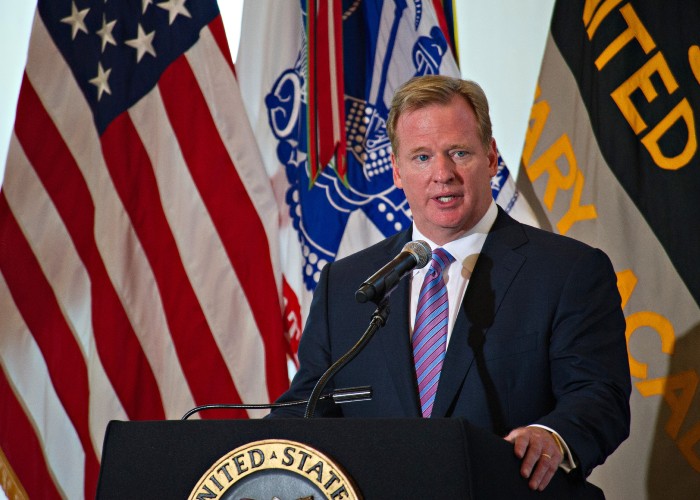 Recent reports indicate that more than 30 former employees have now come forward and described a pervasive culture of sexism and widespread workplace discrimination within the NFL, including but not limited to, sexual harassment, targeted retaliation, and harmful stereotyping.

“In 2014, we watched in horror as the video of Ray Rice brutally attacking his fiancé was made public,” said Attorney General James. “In the aftermath of that disturbing incident and too many others, the NFL promised to do better, take gender violence seriously, and improve conditions for women within the league. We now know that they did nothing of the sort. No woman should ever be subjected to the sort of harassment, disrespect, discrimination, and abuse these brave women have described. The NFL must finally make good on its promise and do better — pink jerseys are not a replacement for equal treatment and full inclusion of women in the workplace.”

In February 2022, the New York Times published reports from more than 30 former employees of the NFL, describing a hostile workplace for women.

Female employees reported that they were subjected to repeated viewings of the Ray Rice video, with commentary by coworkers that the victim had brought the violence on herself.

In a training intended to improve sensitivity on the issue, women were reportedly asked to raise their hand to self-identify if they had been victims of domestic violence or knew someone who had.

Female employees described experiencing unwanted touching from male bosses, attending parties where prostitutes were hired, facing unfair criticism based on stereotypes, being passed over for promotions based on their gender, and being pushed out for complaining about discrimination.

Following their departure, some employees even learned that discrimination complaints had never been recorded.

In their letter, Attorney General James and the coalition warned Commissioner Goodell that the NFL must address its seeming continued inaction to address these issues.

If true, the NFL’s failures may violate local, state, and federal anti-discrimination laws, which prohibit employers from discriminating against women, people of color, and domestic violence victims, or subjecting them to a hostile work environment.

Tasked with enforcing all anti-discrimination laws, Attorney General James and the coalition promised to use the full weight of their authority to investigate and prosecute all allegations of harassment, discrimination, or retaliation by employers throughout their states.

If you have experienced or witnessed similar discrimination at the NFL or any other employer, please file a complaint with the Office of the Attorney General.

Joining Attorney General James in signing this letter are the attorneys general of Illinois, Massachusetts, Minnesota, Oregon, and Washington.

This matter was handled by Senior Counsel Sandra Pullman and Deputy Bureau Chief Travis England — all of the Civil Rights Bureau.