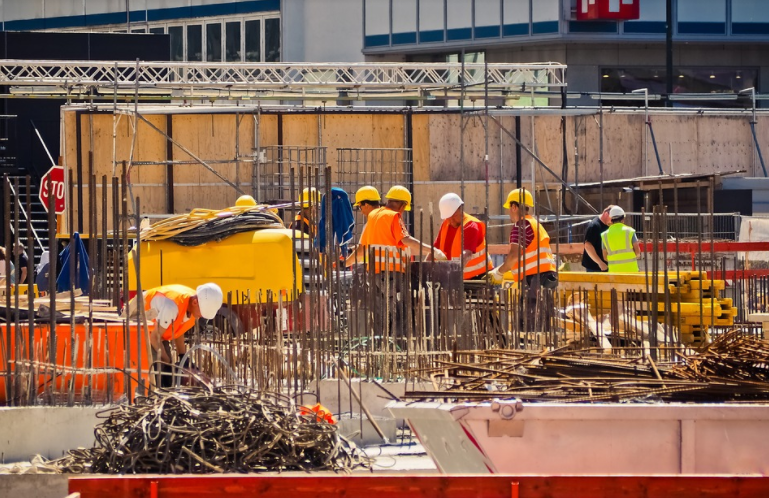 New York Attorney General Letitia James, as part of a coalition of 17 attorneys general, has called on on the U.S. Senate to protect hardworking Americans by passing the Protecting the Right to Organize Act of 2021 (PRO Act).

The PRO Act provides protections for workers trying to organize by strengthening and modernizing key parts of the National Labor Relations Act (NLRA), which enshrines the fundamental rights to organize, unionize, and bargain collectively. In the letter, the multistate coalition highlights the urgent need to pass the PRO Act and urges the U.S. Senate to act to improve the lives of America’s working families.

“Unionizing is a core American right, and no business should be able to infringe on a worker’s ability to organize,” said Attorney General James. “Over the past year, we have been reminded of the critical need to protect our workers and ensure they have better pay, benefits, and working conditions. In honor of the late Richard Trumka and all the workers who sacrificed so much over the past year, I stand with my fellow attorneys general in urging the Senate to pass the PRO Act and support working people.”

The PRO Act is comprised of commonsense reforms to the NLRA designed to curb worker intimidation, retaliation, and other abusive practices and, more generally, restore the law’s original purpose of encouraging unionization. Compared to their non-union counterparts, union members earn 10 to 15 percent higher wages; are more likely to have employer-sponsored benefits, like health insurance, paid sick days, and pensions; experience less wage theft; and are less reliant on public benefits. Today, just 12 percent of American workers are represented by a union — down from 27 percent in 1979.

If enacted, the PRO Act would give the National Labor Relations Board the power to fine companies that retaliate against organizing workers and require arbitration when unionized workers and employers cannot reach agreements on contracts. It would also strengthen the right of workers to strike, ban employer interference and influence in union elections, and prevent employers from using employees’ immigration status against them when determining the terms of their employment. Notably, the legislation would override state “right to work” laws, which allow employees to forgo paying dues in unionized workplaces, and would address the “gig” economy by lowering the bar for independent contractors to prove they are “employees” under the Act.

“We thank Attorney General Letitia James for her support on what is the most significant worker empowerment legislation since the Great Depression,” said Mario Cilento, president, New York State AFL-CIO. “The reforms included in the PRO Act are necessary to restore some balance to our country’s labor laws in the face of the increasingly drastic lengths employers have gone to silence the voices of their workers. New York’s Senators Schumer and Gillibrand co-sponsor the bill and we join Attorney General James in calling on their colleagues to follow their lead to increase worker power, rebuild our economy fairly, make workplaces safer, and grow America’s labor movement.”

“The PRO Act is a once in a generation opportunity to empower working men and women,” said Michael Mulgrew, president, United Federation of Teachers. “A union contract is the best tool we have to close racial and gender wage gaps and give working families the support they need.”

“The PRO Act will address many of the shortcomings within the NLRA,” said Peter DeJesus, president, Western New York Area Labor Federation. “It will also restore working class folks’ ability to organize amongst their fellow co-workers over the terms and conditions of their employment. Most importantly, the PRO Act, through collective bargaining, will help to close the economic gap that exists for people of color. The Senate must pass the PRO Act now! No excuses. It’s time.”

“The passage of the Pro Act is an essential part of rebuilding the American labor movement,” said Denise Abbott, president, Buffalo Central Labor Council. “Only with expanding the union workforce can the question of improving wages, benefits, and working conditions be effectively addressed. We applaud the attorneys general for their support of the PRO Act. Most importantly, we applaud Attorney General Letitia James for her support and her continued great work for the working class.”

“Passing the PRO Act is the key to revitalizing the U.S. labor movement and rebuilding the U.S. economy,” said Dan Maloney, president, Rochester and Genesee Valley Area Labor Federation. “Union workers demand and negotiate far better safety standards, wages, and benefits for their members. When given a free and fair choice to form and join a union, American workers overwhelmingly choose to unionize. It is time to pass the PRO Act and answer President Biden’s call to build back better!”

“The PRO Act is a long-overdue reform of an 80-year-old labor law that does not protect workers’ right to unionize,” said Gary J. Bonadonna, Jr., manager & international vice-president, Workers United Upstate New York. “The United States is now in the midst of a second Gilded Age as a result of the decline in unions. Passing the PRO Act is essential to begin to reverse economic and racial inequality in our nation. If we give workers the freedom to form unions, this will restore a balance of power between big business and workers.”

“The events of the past 18 months have brought into focus leading social priorities that the labor movement has always held in the highest regard,” said John R. Durso, president, Long Island Federation of Labor, AFL-CIO and Local 338 RWDSU/UFCW. “Workers should be paid fairly for their work, get quality health care, and have safe working conditions and time off to spend with their family. Passage of the PRO Act by the U.S. Senate and a signature from President Biden will empower workers with the tools necessary to win fair wages and benefits, safe conditions, and a voice at work without fear of retaliation. The Senate must pass it now, and stand up for working families.”

“The labor movement has proven firsthand that in unity there is great strength,” said Jenn Puja, labor council director, Westchester/Putnam Central Labor Body AFL-CIO. “Every worker deserves the right to organize. The PRO Act will amplify the voices of working families who strive to make a better, brighter tomorrow. Worker safety, protections, and conditions will be further strengthened and secured. The time is now to pass the PRO Act like our future depends on it — because it does.”

“We value freedom in America,” said Mark Spadafore, president, Greater Syracuse Labor Council, AFL-CIO. “The freedom to join an organization or association is enshrined into the very DNA of our country. Why do we make it so difficult for workers to want to come together to improve their worksites, and their lives? The PRO Act will give all workers what every American already has — the ability to join an organization of their choice to improve their worksites and their lives.”

“How much longer will the U.S. Senate make Americans wait for provisions that will improve their lives? Labor unions built our middle class, and the PRO Act will set American workers up for greater financial support,” said Samantha DeRiso, president, Central New York Labor Council. “Our labor community is large and spans across the country. I want to thank Attorney General Letitia James and other attorneys general for supporting the PRO Act and our community.”

“Laborers’ Local 147 LiUNA supports the PRO Act along with Attorney General James to strengthen worker protections, which allow workers to organize and collectively bargain for a pathway to a better life,” said Christopher Fitzsimmons, secretary-treasurer, Local 147.

“The Council of School Supervisors and Administrators, which represents New York City’s public school leaders and administrators, applauds Attorney General Letitia James for her advocacy in joining New York’s unions as we call upon the U.S. Senate to pass the PRO Act,” said Mark Cannizzaro, president, Council of School Supervisors & Administrators. “Throughout our nation’s history, unions have improved the lives of working families in innumerable ways, and the PRO Act is now necessary to protect and strengthen workers’ rights to organize and collectively bargain amidst intimidation and retaliation tactics, particularly in ‘right to work’ states.”