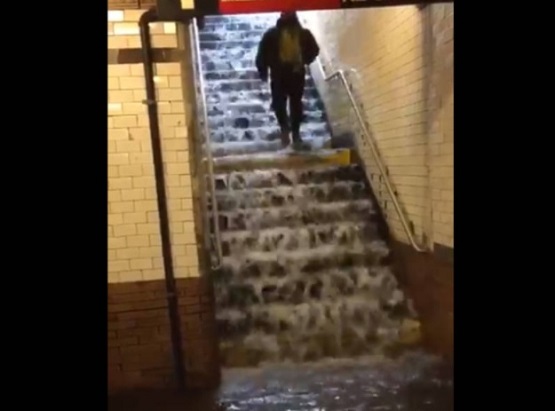 NY Attorney General Letitia James today led a coalition of 20 state attorneys general in urging Congress to respond to the climate crisis and advance environmental justice by funding critical programs in budget reconciliation legislation. In a letter to the chairs of numerous House and Senate committees, the coalition calls on Congress to pass infrastructure legislation and to allocate funding in the upcoming reconciliation bill that addresses the rapid transition to a clean energy economy, climate change, and the environmental injustices faced by low-income communities, communities of color, and Tribal and indigenous communities. The coalition urges Congress to fund actions that will substantially cut greenhouse gases — thereby preventing more dire climate change harms — and confront longstanding environmental injustice.

“People throughout the state and the country have long faced critical threats to their health and safety from climate change, but low-income families, indigenous people, and communities of color have endured the greatest suffering,” said Attorney General James. “New York has taken great strides in combatting the threats of environmental injustice that have plagued our communities, but the federal government must now take immediate action to support Americans in every corner of the nation. Today, I urge our Congress to deliver the necessary funding to respond to the rapidly growing climate crisis, and ensure the health and safety of our most vulnerable communities.”

All Americans deserve an equal right to clean air, clean water, and a safe and healthy environment. However, low-income communities, communities of color, and Tribal and indigenous communities are too often denied these rights, enduring disproportionate burdens of pollution, climate change, or other serious health and environmental harms. Those harms are only becoming more severe, as witnessed by the catastrophic storms and wildfires experienced this summer. The coalition argues that Congress should address the climate emergency by prioritizing investments in the following specific areas that — while broadly beneficial to improving the lives of all Americans — are critical steps in ending the legacy of inequity that afflicts marginalized and underserved communities:

Additionally, the coalition contends that in order for the Biden Administration to deliver on its Justice40 promise, Congress must ensure that 40 percent of improvements funded by the budget reconciliation bill benefit disadvantaged communities.

The climate crisis is having devastating impacts on New Yorkers. For example, the remnants of Hurricane Ida recently brought ferocious winds, dangerous tornados, and record-intensity rain and flash floods. The storm caused an estimated $50 million in damages in the state and a death toll of 45 in the New York area. In New York City, 1.3 million people are especially vulnerable to the impacts of climate change by virtue of living in or adjacent to flood plains, with more than half identifying as non-White and living in low-income areas.

This letter is the latest action that Attorney General James is taking to end the scourge of environmental injustice in communities of color. Attorney General James is continuing to pursue legal actions across the state of childhood lead poisoning by holding accountable landlords that allow lead paint-related hazards to proliferate in their low-income rental properties.