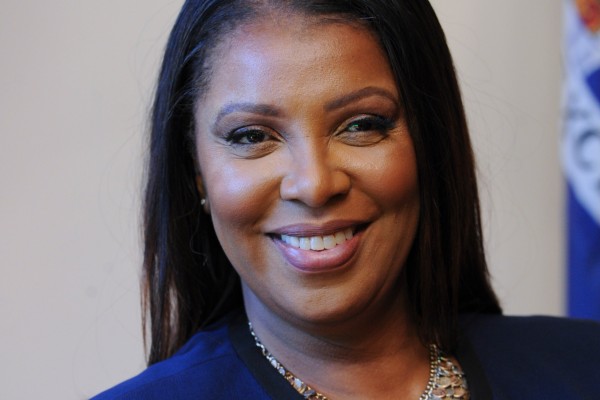 Continenza made the purchase while he was leading secret discussions with the Trump White House and the federal government for a $655 million loan to enable Kodak to repurpose legacy assets in Rochester to produce chemicals to address this need.

Attorney General James’ petition also asks the court to order public testimony from Kodak’s general counsel, as well as for the company to produce related documents.

“Corporate greed will never go unchecked in New York,” said Attorney General James. “As millions of New Yorkers and Americans across this nation lost their jobs and were waiting for unemployment checks, Kodak’s CEO was using insider information to illegally trade company stock. Kodak even double-downed on this fraud by relaying false information to investors before the company’s annual meeting that took place last month. Corporate executives don’t get to play by their own rules, which is why today’s action seeks to shine a light on Kodak and Mr. Continenza’s unlawful behavior and level the playing field. We are asking the court to order Mr. Continenza to testify in open court, so the facts can be exposed before the American people. My office will use every tool at its disposal to hold those who violated the law accountable.”

Attorney General James’ petition shows that, on June 23, 2020, Continenza bought 46,737 shares of Kodak stock at a weighted average price of $2.22 per share.

Continenza bought the stock just a week after Kodak had filed a confidential application for a $655 million loan from the federal government to develop a new business to produce chemicals to manufacture supplies for medicines for patients hospitalized with COVID-19.

The new pharmaceutical project, alone, was expected to increase revenue at the company by more than $300 million annually by 2025.

Just over a month after Continenza’s stock purchase, Kodak signed a public letter of interest with the federal government for the loan — which by then had grown to $765 million — causing Kodak stock to soar.

The day after the news was announced, Kodak’s stock price reached a high of $60 per share — more than 27 times what Continenza had paid for the stock mere weeks earlier.

Attorney General James’ petition also informs the court about false statements Kodak made to investors about the circumstances of Continenza’s insider trading. Specifically, on May 17, 2021 — in two separate public filings with the Securities and Exchange Commission — Kodak disclosed that it anticipated being sued by the Office of the Attorney General (OAG) because of Continenza’s illegal trading.

Kodak falsely stated, in the disclosures, that Continenza’s June 23, 2020 trading was “in compliance with the Company’s insider trading policy, including pre-approval by its general counsel.”

But, in truth, Kodak’s insider trading policy requires pre-clearance to be sought by email at least one day prior to the trading and for the requester to “receive” a “response” approving the trading — neither of which occurred.

Section 354 specifically authorizes Attorney General James to take public, judicially supervised testimony in conducting investigations into fraudulent securities practices when, as here, it has determined to commence an action.

In the past, Attorney General James has used Section 354 of the Martin Act to shine a light on and halt the illegal behavior of other companies; most notably iFinex Inc. and Tether Limited.

In April 2019, Attorney General James obtained a court order enjoining iFinex — operator of the Bitfinex virtual asset trading platform — and Tether Limited — issuer of the “tether” virtual currency — and their related entities from further violations of New York law in connection with activities that defrauded New York investors that trade in virtual or “crypto” currency.

Earlier this year, Attorney General James was able to get Bitfinex and Tether to end all trading activity with New Yorkers, pay $18.5 million in penalties, and take a number of steps to increase transparency — all as a result of the original 354 actions she brought in 2019.

FreshDirect has teamed up with NY Common Pantry to fight hunger insecurity. Donate with your next FreshDirect order, or donate directly at http://nyco