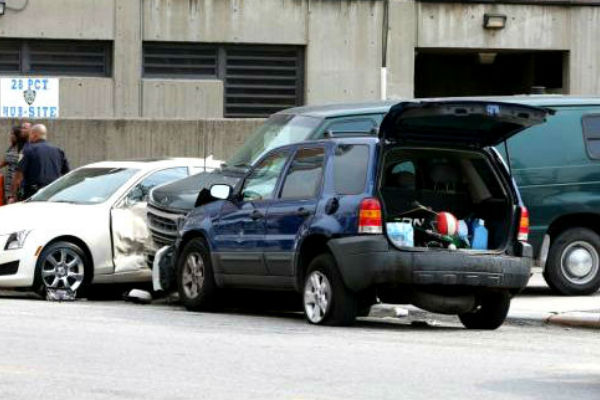 The 303-count indictment is a result of a two-year joint investigation by the Office of the Attorney General’s Organized Crime Task Force (OCTF) and the NYPD’s Auto Crime Division.

“For two years, these individuals have fueled fear in our communities and taken some of peoples’ most valuable assets,” said Attorney General James. “During the pandemic, they moved this operation into high gear, taking advantage of New Yorkers’ staying at home to allegedly stealing more than 45 cars in six months. We exhausted every avenue to track down these thieves, and, today, we send a loud and clear message that we will not stand idly by as New Yorkers are burglarized. New Yorkers deserve to feel safe in their neighborhoods, and we thank the NYPD for their partnership and support in this effort.”

“This was a complex, high-tech operation that sought to weaponize every hidden vulnerability in the automotive industry from creating keys based on bootleg code lists to altering computer settings to creating a mill that furnished false registrations for altered VIN numbers,” said NYPD Commissioner Shea. “Being an operation that never missed a chance to exploit the vulnerability, it also turned up the volume of thefts during the pandemic, knowing that people were homebound or sick. I want to thank the investigators from the NYPD’s Auto Crime Division, as well as the prosecutors from the Office of the Attorney General’s Organized Crime Task Force for recognizing the seriousness and complexity of this case and building a solid prosecution.”

From April 2020 to October 2020 — during the months the state was shut down due to the pandemic and New Yorkers stayed at home and parked their cars for days at a time — this crew scoped out and targeted cars to steal, obtained key code information for these vehicles from unlawful websites, and created keys that allowed them to breach and steal the vehicles. Once inside of the vehicle, they reprogrammed the vehicle’s computer system to gain control of the vehicle, disable alarms, and start the engine. In a matter of minutes, the theft crew was able to steal a vehicle without sounding alarms or drawing any attention, even in a dense urban setting. The theft crew was also able to reprogram the vehicle to stop recognizing the true owners’ electronic keys, so that the owners’ keys stopped working.

Members of this organization then transported the vehicles back to one of several lots located in the Bronx, where the vehicles were altered and the vehicle identification numbers (VINs) were changed in order to give the stolen cars a new identity. Jesus Cabral was hired to remove and replace windshields and to change vehicle VINs assigned by the manufacturer. At times, Norberto Pena Brito and Jose Lebron Pimentel would also buy stolen cars from Carlos Valverde. Afterwards, crew members sold the stolen cars to their customers, including to Willy Abreu Martinez and Abdul Khan, who were two of the high-volume customers purchasing the stolen cars for resale in the United States and in the Dominican Republic. Leticia Saldivar — the owner and operator of Carmela’s Multiservice and Auto Tag in Philadelphia, Pennsylvania — was recruited to obtain, organize, and file fictitious vehicle documents with the Pennsylvania Department of Transportation, and obtained clean registrations and titles for stolen vehicles.

This joint investigation included hundreds of hours of physical and covert surveillance, court-authorized wiretapping of numerous targeted phones, execution of search warrants, and the recovery of surveillance video capturing the thefts of numerous vehicles.

The 303-count indictment — unsealed today in Bronx County State Supreme Court — charges the 10 individuals with numerous counts of Criminal Possession of Stolen Property in the Second and Third Degrees (Class C and D felonies), Grand Larceny in the Third Degree (Class D felony), Offering a False Instrument for Filing in the First Degree (Class E felony), Criminal Possession of a Forged Instrument in the Second Degree (Class D felony), Conspiracy in the Fourth and Fifth Degrees (Class E felony and Class A Misdemeanor), and related charges for conspiring to steal, possess, and sell 45 stolen vehicles, and also conspiring to register stolen cars in the Commonwealth of Pennsylvania by filing forged vehicle documents.

Those charged in today’s unsealed indictment include: