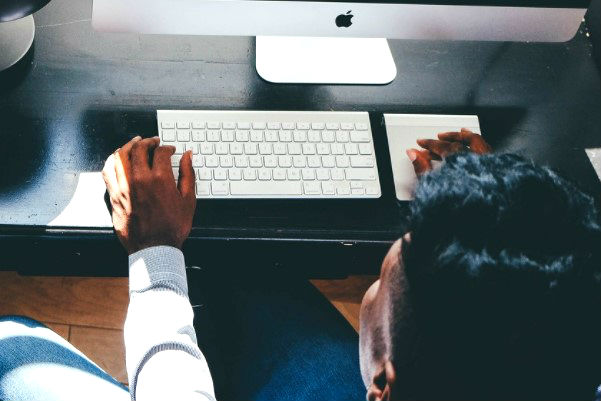 In the investigation, they have discovered more than 1.1 million online accounts compromised in cyberattacks at 17 well-known companies.

Attorney General James released a “Business Guide for Credential Stuffing Attacks” that details the attacks — which involve repeated, automated attempts to access online accounts using usernames and passwords stolen from other online services — and how businesses can protect themselves.

Credential stuffing has quickly become one of the top attack vectors online. Virtually every website and app use passwords as a means of authenticating its users. Unfortunately, users tend to reuse the same passwords across multiple online services.

This allows cybercriminals to use passwords stolen from one company for other online accounts. Following the discovery of the attacks, the Office of the Attorney General (OAG) alerted the relevant companies so that passwords could be reset and consumers could be notified.

Today’s guide shares lessons learned over the course of the OAG’s investigation, including concrete guidance on steps businesses, can take to better protect against credential stuffing attacks.

Right now, there are more than 15 billion stolen credentials being circulated across the internet, as users’ personal information stands in jeopardy…

“Right now, there are more than 15 billion stolen credentials being circulated across the internet, as users’ personal information stands in jeopardy,” said Attorney General James. “Businesses have the responsibility to take appropriate action to protect their customers’ online accounts and this guide lays out critical safeguards companies can use in the fight against credential stuffing. We must do everything we can to protect consumers’ personal information and their privacy.”

What is Credential Stuffing?

Credential stuffing is a type of cyberattack that involves attempts to log in to online accounts using username and passwords stolen from other, unrelated online services.

It relies on the widespread practice of reusing passwords as, chances are, a password used on one website was also used on another.

In a typical credential stuffing attack, an attacker may submit hundreds of thousands, or even millions, of login attempts using automated, credential-stuffing software and lists of stolen credentials downloaded from the dark web or hacking forums.

Although only a small percentage of these attempts will succeed, through the sheer volume of login attempts, a single attack can nevertheless yield thousands of compromised accounts.

An attacker that gains access to an account can use it in any number of ways. The attacker can, for example, view personal information associated with the account, including a name, an address, and past purchases, and use this information in a phishing attack.

If the account has a stored credit card or gift card, the attacker may be able to make fraudulent purchases. Or the attacker could simply sell the login credentials to another individual on the dark web.

Credential stuffing is one of the most common forms of cyberattack. The operator of one large content delivery network reported that it witnessed more than193 billion such attacks in 2020 alone.

Credential stuffing is one of the most common forms of cyberattack. The operator of one large content delivery network reported that it witnessed more than 193 billion such attacks in 2020 alone.

In light of the growing threat of credential stuffing, the OAG launched an investigation to identify businesses and consumers impacted by this attack vector.

Over a period of several months, the OAG monitored several online communities dedicated to credential stuffing.

The OAG found thousands of posts that contained customer login credentials that attackers had tested in a credential stuffing attack and confirmed could be used to access customer accounts at websites or on apps.

From these posts, the OAG compiled credentials to compromised accounts at 17 well-known online retailers, restaurant chains, and food delivery services.

In all, the OAG collected credentials for more than 1.1 million customer accounts, all of which appeared to have been compromised in credential stuffing attacks.

The OAG alerted each of the 17 companies to the compromised accounts and urged the companies to investigate and take immediate steps to protect impacted customers.

Every company did so. The companies’ investigations revealed that most of the attacks had not previously been detected.

The OAG also worked with the companies to determine how attackers had circumvented existing safeguards and provided recommendations for strengthening their data security programs to better secure customer accounts in the future.

Over the course of the OAG’s investigation, nearly all of the companies implemented or made plans to implement additional safeguards.

Safeguards should be implemented in each of four areas:

Attorney General James’ guide presents specific safeguards that have been found to be effective in each of these areas.

Some highlights from the guide include the following:

The Bureau of Internet and Technology is a part of the Division for Economic Justice, which is overseen by Chief Deputy Attorney General Chris D’Angelo and overseen by First Deputy Jennifer Levy.