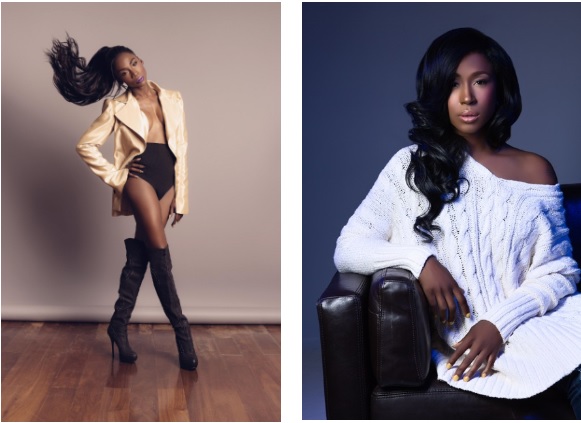 On Sunday, September 1st, Atlanta’s Piedmont Park will welcome the 8th Pure Heat Community Festival; also known as a free “day of unity.” The free cultural event is equipped with market and food vendors, live celebrity and local performers, entertainment, educational forums, prizes & giveaways – all designed to bring together the spirit of community, pride, and vision. In partnership with The Vision Community Foundation, a portion of proceeds from the weekend’s festivities are used to benefit homeless LGBT youth and those impacted from HIV/AIDS. This year’s festival will honor trailblazing triple-threat entertainer Angelica Ross (“POSE” on FX) and Award-Winning songstress Tweet. Hosted by Bishop Oliver Clyde Allen III, Rashad Burgess, Avian Watson, Melissa “DJ M” Scott and Julius “JuJu” James, the Pure Heat Community Festival is a front seat into a spectacular gathering of minority LGBTQ people and their allies in the heart of Atlanta.

Actress and triple-threat entertainer Angelica Ross will receive 2019 Trailblazer Award. Ross is a businesswoman, actress, and transgender rights advocate. After becoming a self-taught coder in the early years of her career she went on to become the founder and CEO of TransTech Social Enterprises – a firm that helps employ transgender people in the tech industry. Ross began her acting career in the web-series Her Story. In 2016, the series was nominated for an Emmy Award for Outstanding Short Film for Comedy or Drama. Ross also made a guest appearance that year on the TV series Transparent. She starred as Candy Ferocity in the critically acclaimed T.V. show FX series POSE. Angelica Ross was recently cast to play in the next season of American Horror Story 1984.

This year’s festival will also present the singer known as the “Southern Hummingbird” – Tweet – with the 2019 Legacy Award. Tweet is best known for her debut solo single, “Oops (Oh My)”, a song about self-loving and appreciation – produced by Timbaland featuring guest vocals by Missy Elliott. Tweet has released three solo albums – including the most recent self-titled project, Charlene, via Entertainment One. As an actress, she has appeared in the Billie Woodruff directed motion picture, Honey, and has also appeared in the sitcom The Parkers. Tweet is hailed as one of the best voices of the new millennium and has collaborated with Karen Clark Sheard, Whitney Houston, Monica, Keke Wyatt, Syleena Johnson, Lil’Mo, Trina and more.

“The Pure Heat Community Festival is honored that the city of Atlanta welcomes us back for an 8th year. It is our goal to create a safe, fun, family environment for all. We take pride in honoring trailblazers like Angelica Ross and Tweet. Now more than ever, our community needs an outpouring of love and we aim to create a weekend full of empowerment, inspiration and fun,” says The Vision Community Foundation deputy director, Avian Watson.

Related:  Atlanta: Willie Moore Jr. And VIP At New Book Release For 'Happily After All'