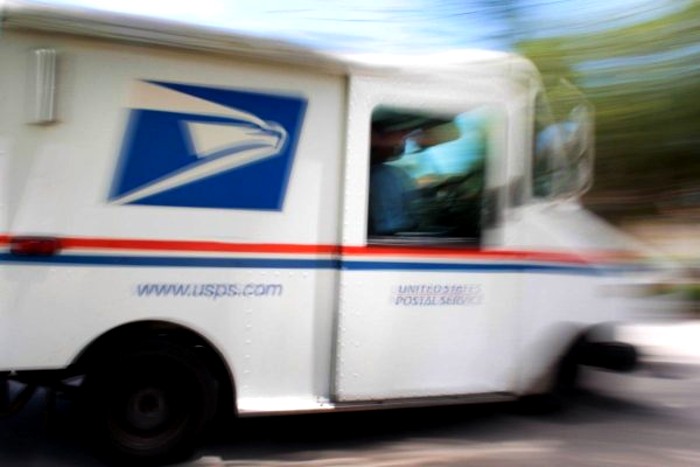 The coalition has filed a lawsuit against the United States Postal Service (USPS) challenging its flawed environmental analysis for its Next Generation Delivery Vehicle Acquisition program.

The USPS has the largest civilian vehicle fleet in the world — consisting of over 212,000 vehicles — many of which are near the end of their useful lives.

Today’s lawsuit alleges that the USPS’s plans to replace 90 percent of this fleet with fossil-fuel-powered, internal combustion engine vehicles fails to comply with even the National Environmental Policy Act’s most basic requirements and should be vacated.

“New York City is proud to be a global leader on sustainability, but the USPS’s plan to put more fossil fuel-powered vehicles on the roads undermines our goals to reduce greenhouse gas emissions,” said Mayor Adams. “The city is proud to file this multistate lawsuit and proud to stand firmly on the side of environmental justice for all communities.”

“By failing to take the legally-required hard look at the environmental impacts of keeping its gas-powered fleet, the Postal Service arbitrarily rejected an option to convert to zero-emission electric vehicles,” said Corporation Counsel Hinds-Radix. “Our lawsuit seeks to reverse the Postal Service’s ill-conceived and unlawful decision which harms communities already overburdened by pollution and detracts from the city’s overall efforts to battle climate change and improve public health.”

“To protect the health of our city, we must protect the health of our planet,” said Department of Health and Mental Hygiene Commissioner Dr. Ashwin Vasan. “Government vehicles can promote clean air but we need agencies to step up and set a good example of what leadership on climate change looks like. We applaud the Attorney General for working toward a healthier New York.”

“Justifying the purchase of gas-guzzling, pollution-belching vehicles that contribute to climate change and harm public health by using a flawed analysis, the Postal Service has chosen to be part of the problem rather than working towards a solution and I applaud Mayor Adams and Corporation Counsel Hinds-Radix for joining the fight to reverse this unlawful decision,” said Chief Climate Officer Rohit T. Aggarwala.“We are in the midst of a climate crisis and all levels of government must be working together to reduce our carbon footprint, and here in New York City we are working to reduce the size of our municipal fleet and convert the remaining vehicles to electric power.”

USPS vehicles are on the road six days a week in every community in the United States.

While these vehicles play a critical role in delivering the nation’s mail, they also emit significant amounts of greenhouse gases and other hazardous air pollutants.

Many USPS facilities are located within environmental justice communities that are already overburdened by pollution.

The health impacts were especially severe in neighborhoods where poverty is very high, such as East New York, Brooklyn, where a major USPS distribution facility is located.

Those neighborhoods are burdened with 70 percent more PM 2.5 emissions from trucks and buses, and over eight times as many asthma-related emergency room visits attributable to those emissions, compared to low poverty neighborhoods.

New York City has committed to reducing greenhouse gas emissions 80 percent below 2005 levels by 2050, and has issued numerous plans describing its path to achieving this goal — all of which call for increased electrification of the transportation sector.

As most of the USPS’s vehicles near the end of their useful lives, the USPS has the opportunity to convert its fleet to zero-emission, electric vehicles, a change that would reduce pollution in these overburdened communities and help tackle the climate crisis.

Given the transformational nature of this change and its significant environmental and public health implications, the USPS was obligated to take a “hard look” at the impacts of its Next Generation Delivery Vehicle Acquisitions program under the National Environmental Policy Act.

Instead, the USPS chose a manufacturer, signed a contract, and put down a substantial down payment for new vehicles, before even publishing a cursory environmental review.

This environmental review, which was later finalized, failed to consider and evaluate vehicle fleets with a larger mix of electric vehicles, instead opting to replace up to 165,000 of its delivery vehicles with 90 percent fossil-fuel-powered vehicles over the next 10 years.