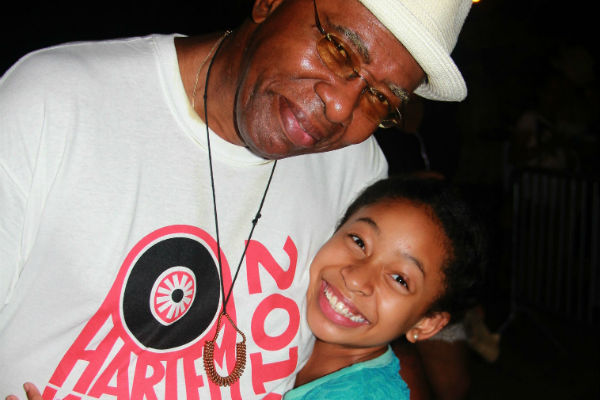 with a line-up of special digital programs that pay tribute to the Theater’s home in one of the most culturally influential neighborhoods in the world.

The Apollo’s HARLEM WEEK programming includes a dance party with former DJ of the Fugees and official DJ of the Apollo Music Café series, DJ Hard Hittin’ Harry, who will spin a mix of house, hip-hop, and R&B. The Theater will also host two of the Apollo’s New Works artists, Ebony Noelle Golden and Kamau Ware—selected by the Theater to create original new works as part of the Apollo’s first multi-work commissioning initiative—in conversation with Apollo Executive Producer Kamilah Forbes. Together, they will discuss their artistic inspirations, their projects for Apollo New Works, and address the significance of Black artists’ voices during the worldwide social justice and Black Lives Matter movements.

The Apollo Theater has been a cultural anchor in the Harlem community for more than eight decades, and has participated in HARLEM WEEK since the festival’s inception, highlighting the Theater’s longstanding mission to create spaces for artists and audiences to express themselves while celebrating music’s power to unite, transform, and heal.

All Apollo Theater events for HARLEM WEEK 2020 are free, and more information is available on the Apollo’s website. For a full program calendar of HARLEM WEEK events, running from Sunday, August 16 to Saturday, August 23, please visit harlemweek.com/calendar.

The Apollo will kick off its HARLEM WEEK 2020 events with a mix of house, hip-hop, and R&B hits curated by Apollo Music Café mainstay, DJ Hard Hittin’ Harry. The two-hour virtual dance party will give a taste of the Apollo Music Café series, showcasing a myriad of genres (R&B, hip-hop, soul, jazz, pop, funk, and rock) that reflect the diversity and vibrancy of the Harlem community.

Artist, scholar, culture strategist, and Harlem-resident Ebony Noelle Golden, whose project is a commission for the Park Avenue Armory’s 100 Years | 100 Woman program, a celebration of the 100th anniversary of women’s suffrage, and visual storyteller and founder of Black Gotham Experience Kamau Ware will discuss their artistic process and their commissioned works for the Apollo.

As part of the Apollo’s commissioning initiative, Kamau Ware is designing a site-specific, immersive walking tour that centers on and celebrates the Harlem Renaissance and the Apollo’s rich history. Further, Ebony Noelle Golden is creating a multidisciplinary performance triptych involving dance, music, and visual art that seeks to answer the question: “How does a liberated black feminist world operate, work, exist, and sustain when systems of oppression fall away?”

HARLEM WEEK is an annual festival that celebrates one of the world’s most culturally rich neighborhoods with conferences, seminars, music, food, and more. This year’s digital HARLEM WEEK, from Sunday, August 16 to Saturday, August 23, brings the culture, history, resilience, and strength of Harlem to the world.​ For more information about HARLEM WEEK, please visit harlemweek.com.

With music at its core, the Apollo’s programming extends to dance, theater, spoken word, and more. This includes the world premiere of the theatrical adaptation of Ta-Nehisi Coates’s Between the World and Me and the New York premiere of the opera We Shall Not Be Moved; special programs such as the blockbuster concert Bruno Mars Live at the Apollo; 100: The Apollo Celebrates Ella; and the annual Africa Now! Festival .

Since introducing the first Amateur Night contests in 1934, the Apollo Theater has served as a testing ground for new artists working across a variety of art forms and has ushered in the emergence of many new musical genres—including jazz, swing, bebop, R&B, gospel, blues, soul, and hip-hop. Among the countless legendary performers who launched their careers at the Apollo are Ella Fitzgerald, Sarah Vaughan, Billie Holiday, James Brown, Stevie Wonder, Gladys Knight, Luther Vandross, H.E.R., D’Angelo, Lauryn Hill, Machine Gun Kelly and Miri Ben Ari; and the Apollo’s forward-looking artistic vision continues to