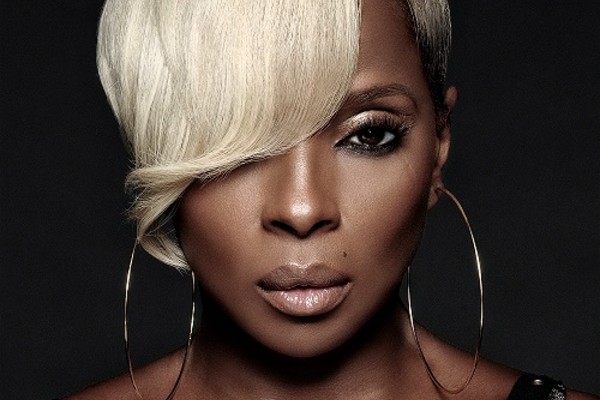 This year’s benefit, APOLLO RESOUNDING, will honor Felicia and Ben Horowitz with the inaugural Impact Award, given to individuals whose philanthropic leadership has made an extraordinary impact on the arts and artists and who share the Apollo’s values of innovation, diversity, and inclusion.

Multihyphenated producer and DJ Derrick ‘D-Nice’ Jones will receive the Percy E. Sutton Award, recognizing individuals who uphold the value of the arts and philanthropy as a crucial part of the fabric of our community.

The benefit is chaired by the Apollo Board Chair Charles Phillips and Karen Phillips, Cheryl and Derek Jones, and Carolyn and Mark Mason.

APOLLO RESOUNDING will include highlights from the induction ceremony of nine-time Grammy Award-winning and two-time Academy Award nominee Mary J. Blige into the Apollo’s Walk of Fame.

Additional details for the outdoor ceremony to be shared at a later date. The program will also include performances by composer, vibraphonist, educator, Grammy nominee, and Apollo New Works artist Stefon Harris; Grammy-nominated singer MAJOR and more to be announced.

The evening will also feature tributes to Motown Records Chairwoman and CEO Ethiopia Habtemariam; activist and co-founder of Campaign Zero Brittany Packnett Cunningham; and President and Director-Counsel of the NAACP Legal Defense Fund Sherrilyn Ifill for their dedication to amplifying Black culture and their ongoing work for a more just and equitable future.

APOLLO RESOUNDINGunderscores Apollo’s role as a mission-driven cultural and community anchor, which provides a safe space for creativity and unites people all over the world, including thousands of artists at every stage of their careers.

Always at the forefront of new cultural movements, even during the pandemic, the messages and music from the storied theater have resounded for nearly 90 years.

“The Apollo has long been an anchor in Harlem, supporting Black culture and safeguarding the community in ways that cannot be contained in its walls. The Apollo speaks to artists, families, students, music, theater, and comedy fans across the world,” said Jonelle Procope, Apollo Theater President and CEO. “As we move forward, I want to recognize the fantastic staff, artists, educators, and supporters who have helped us continue our work. I send my profound thanks the incomparable Felicia and Ben Horowitz and Derrick ‘D-Nice’ Jones for their support of our mission to champion the arts.”

APOLLO RESOUNDING, Apollo’s annual fundraising event, will illuminate the power of the arts to transform, build community, and heal.

In addition to raising funds for Apollo’s innovative artistic and educational programs that serve more than 200,000 people annually, a portion of the resources raised will – once again – support the micro-grant initiative, which was launched last year in partnership with the Apollo, 125th Street Business Improvement District (BID), and Harlem Commonwealth Council.

This spring, the micro-grant initiative will continue. Additional details and how to apply will be available soon.

“For generations of artists, the Apollo has been a safe and revolutionary space for creativity, but as 2020 has taught us, our art is so much more than its physical form. Apollo Resounding will amplify Apollo’s commitment to rise to the needs of our community and the resounding calls for justice, equity, and humanity, as we continue to create spaces for artists and audiences to express themselves freely,” said Kamilah Forbes, Apollo Theater Executive Producer. “I’m also thrilled to pay tribute to one of our most iconic and genre-defying artists, Mary J. Blige, on the Apollo’s Walk of Fame. It’s one of the most important ways for us to celebrate artists who have contributed to and amplified Black culture. For over 30 years Ms. Blige has astonished audiences with her music and her film and television performances, and it’s an honor to recognize her and the ways in which she has shaped the American musical landscape.”

Additional details for APOLLO RESOUNDING, including a full lineup of performers and special guests, will be announced at a later date on www.ApolloTheater.org.

When the pandemic forced the Apollo Theater to close its doors to in-person events, the Theater created the Apollo Digital Stage, offering live and pre-taped concerts, presentations, and more, including a live-streamed performance with Wyclef Jean, past Amateur Night at the Apollo performances, live sessions with Apollo Music Café artists such as Infinity Song, the bi-annual Women of the World Festival, last June’s Let’s Stay (In) Together Benefit, education events for children and teens, and conversations with an array of artists and thought leaders, including Ta-Nehisi Coates, John Legend, and more.

Since March 2020, programs on the Digital Stage have garnered more than 420,000 views. For more information, please visit apollotheater.org/digitalstage.