Apollo Theater Announces Performers For “Let’s Stay (In) Together: A Benefit To Support The Apollo” 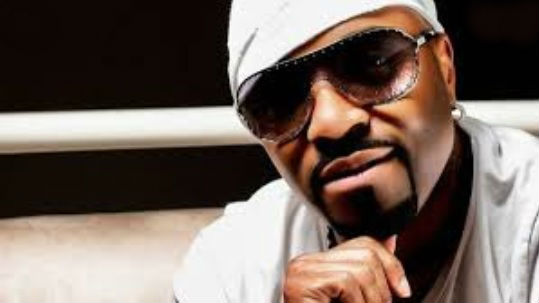 On Tuesday, June 2, 2020, the world-famous Apollo Theater will present “Let’s Stay (In) Together: A Benefit to Support the Apollo Theater,” a special musical event streamed live.

The evening will showcase guest artists performing the music of Apollo legends such as B.B. King, Patti LaBelle, and Stevie Wonder, and will highlight the Theater’s 86-year contribution to arts and culture.

The benefit is part of the non-profit Theater’s campaign to raise $4 million in critical support to safeguard the iconic institution’s future following the unprecedented cancellation of more than 100 programs. A portion of the resources raised will go towards a micro-grant initiative for local small businesses. Additional details will be announced at a later date.

The evening will feature performances by “Captain” Kirk Douglas of The Roots,
Kool & the Gang, Gary Clark Jr., Robert Randolph, Ray Chew, Michael McDonald, Lil Buck, and Jon Boogz, Keb Mo, Celisse Henderson, Infinity’s Song, Marc Bamuthi Joseph, and DJ Reborn, as well as special appearances by Dionne Warwick, Harlem’s Doug E. Fresh, Roy Wood Jr., Harlem’s Teddy Riley, Warren Haynes, and more to be announced. The evening’s Lead Supporter is Gibson. It will also include special tributes, including a series of poems and performances dedicated to the memory of those who have lost their lives due to COVID-19.

The Theater’s June 2, 2020, “Let’s Stay (In) Together” benefit concert will also be available for free streaming by media partner, TIDAL.

With music at its core, the Apollo’s programming extends to dance, theater, spoken word, and more. This includes the world premiere of the theatrical adaptation of Ta-Nehisi Coates’s Between the World and Me and the New York premiere of the opera We Shall Not Be Moved; special programs such as the blockbuster concert Bruno Mars Live at the Apollo; 100: The Apollo Celebrates Ella; and annual Africa Now! Festival.

The non-profit Apollo Theater is a performing arts presenter, commissioner, and collaborator that also produces festivals, largescale dance and musical works organized around a set of core initiatives that celebrate and extend the Apollo’s legacy through a contemporary lens, including the Women of the World (WOW) Festival as well as other multidisciplinary collaborations with partner organizations.