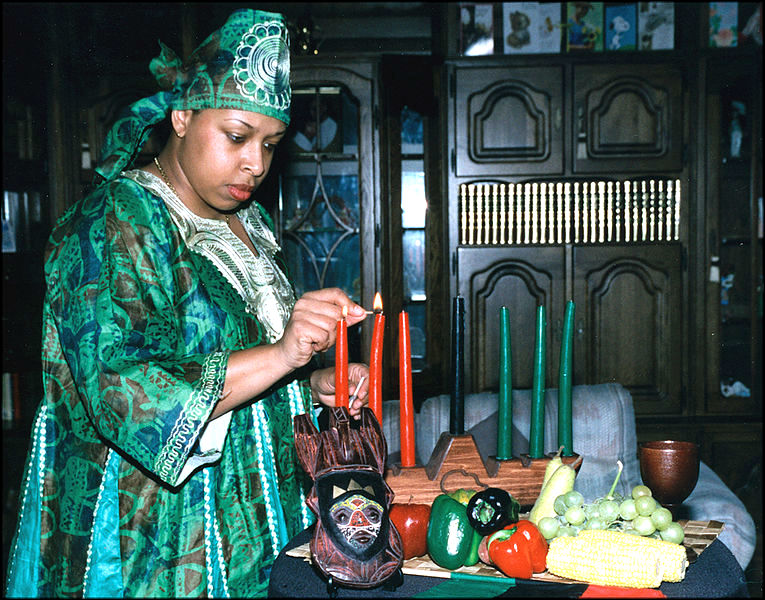 The Apollo Theater announced today the line-up for its annual Kwanzaa Celebration: Regeneration Night, which brings together dance, music, and poetry to honor the seven core principles of Kwanzaa including family, community, and culture. On Sunday, December 27 at 7:00 p.m. ET, the Apollo’s Kwanzaa Celebration will feature special performances by Abdel R.

The event will be streamed for free digitally on the Apollo Digital Stage.

Kwanzaa is an African-American cultural celebration, which is observed from December 26 to January 1. Participants reflect on seven basic principles that focus on recommitting to the collective achievement of a better life for families, community, and Black people overall.

Kwanzaa was introduced in 1966 by Dr. Maulana Karenga as a response to the commercialism of Christmas and to focus on building community.

“We’re thrilled to unite our Apollo community virtually and create a space for celebration and reflection during Kwanzaa, in what was certainly a challenging year,” said Apollo Theater Executive Producer Kamilah Forbes.

“Ujima, the third principle of Kwanzaa, stresses the need for togetherness and collective work during difficult times, and the Apollo’s celebration will be a joyful evening of music, performance, and Black culture.”

In addition, the evening will feature a spoken word piece by singer, songwriter, and rapper Mumu Fresh, Kwanzaa traditions from around the country, and original poetry read by playwright and poet Marc Bamuthi Joseph, who was featured in both the Apollo’s stage adaptation of Ta-Nehisi Coates’ memoir Between the World and Me and HBO’s theatrical adaptation that was released in November of this year.

Since 2006, the Apollo has presented this annual event to celebrate this holiday tradition during Kwanzaa with families and communities from across New York’s five boroughs.

To continue the tradition while theaters across the world remain closed, the Apollo will launch the event virtually on December 27, connecting African American communities across the country during an unprecedented and challenging year.

The event is free to the public, but as a non-profit organization, the Apollo depends on generous funding from donors, foundations, and the community-at-large.

Please consider donating to the Apollo Theater in support of these free virtual programs. To do so, please click https://www.apollotheater.org/donate.