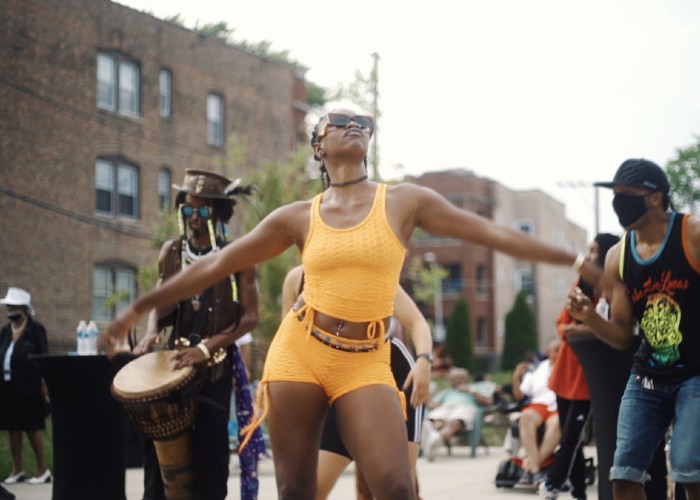 On Thursday, May 26, 2022, at 7 pm ET, the Apollo Theater and ImageNation present a film screening of It’s Different In Chicago as part of ImageNation’s Cocktails and Sol Cinema on the Apollo’s Soundstage.

The film highlights the city, known by many as the birthplace of house music as well as an incubator for hip-hop hitmakers.

It’s Different In Chicago tells the story of how these music genres and the cultures around their communities have complemented and competed with each other, leading to deep revelations about the different segments within the Black community of Chicago.

This homegrown ode to the Chicago music scene will be preceded by a cocktail reception featuring DJ Stormin Norman, and followed by a discussion between curator Moikgantsi Kgama of ImageNation and filmmaker David Weathersby.

Since its founding, the Apollo has served as a center of innovation and a creative catalyst for Harlem, the city of New York, and the world. With music at its core, the Apollo’s programming extends to dance, theater, spoken word, and more.

This includes the world premiere of the theatrical adaptation of Ta-Nehisi Coates’s Between the World and Me and the New York premiere of the opera We Shall Not Be Moved; special programs such as the blockbuster concert Bruno Mars Live at the Apollo; 100: The Apollo Celebrates Ella; and the annual Africa Now! Festival.

ImageNation Cinema Foundation is an innovative Harlem-based non-profit created to develop cinemas and audiences for independent films and music, that depict the global Black experience.

ImageNation’s goal is to empower Black communities by presenting a variety of public programs that foster media equity, media literacy, solidarity, and cross-cultural exchange and highlight the humanity of Pan-African people worldwide.

ImageNation is a founding partner in AFFRM, a national film distribution collective, founded by Ava DuVerna

Please contact the Apollo Box off at access@apollotheater.org or 212.531.5305 if any other special assistance is required for your visit.