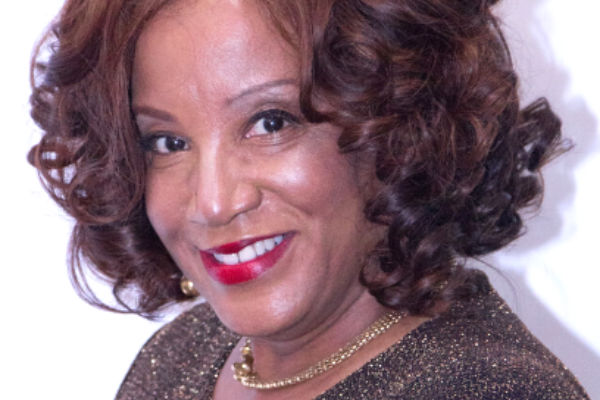 FPWA is pleased to announce that Antonia Yuille Williams, Director of Regional and Community Affairs, Corporate Affairs for Con Edison Company of New York, has assumed the role of Board Chair at FPWA. Ms. Williams previously served as the Chair of the Development Committee.

“I am deeply honored to be working with the board alongside Jennifer Jones Austin,” says Ms. Williams, “as we continue our strong advocacy for elevating the voices, and issues of the under-resourced. The country is at a crossroads in the battle for equality, justice and economic parity and inclusion for People of Color. I am proud to be part of a leadership team that is poised to make a meaningful difference in navigating a political landscape and creating policies that will change the direction of lives.”

“At this challenging – indeed historic – time in our city, I am delighted to welcome Toni Yuille Williams as Board Chair,” says Jennifer Jones Austin, FPWA’s CEO and Executive Director. “I have known Toni a long time, and I know she will lead FPWA’s board with a sure hand, but also an innovative and focused eye towards our future. Our mandate to ensure that New Yorkers can thrive and achieve economic equity is ever more critical. Toni Williams is a fearless advocate and I am excited to work with her to secure economic rights and social justice for all in our city.”

Ms. Williams joined Con Edison in 1988. Today, she develops the strategic direction for the Brooklyn Public Affairs department, of one of the nation’s largest investor-owned energy companies. Her responsibilities include government relations, corporate community relations, media relations, employee communications, volunteerism, and special events. Before joining Con Edison, she was the founding Director of the Human Resources Administration’s first Voucher Day Care Program. In that capacity, she was responsible for the administration of an $8 million daycare reimbursement program. The citywide program included 140 private daycare centers throughout the 5 boroughs, which provided thousands of families with subsidized daycare.

Ms. Williams is the creator, on-air personality and executive producer of Brooklyn Savvy, a talk show on NYClife channel 25. In recognition of this work, Mayor Michael Bloomberg’s Commission of Women’s Issues honored Ms. Williams at their Annual Women’s History Month Program in 2011. Mrs. Williams also received a Telly Award for excellence in community programming for her work on The Brooklyn Reporter Roundtable.

Ms. Williams has been a leader in creating a thriving environment for New York City’s nonprofit sector. She has brought her leadership and expertise to many vital organizations, serving on the boards of the Brooklyn Public Library, Brooklyn Navy Yard Development Corporation, Brooklyn Chamber of Commerce, Bedford Stuyvesant Restoration Corporation, The Brooklyn Arts Council, BRIC Art Media, New York City Technical College Foundation Board, and others. She is the Former First Vice President of Jack & Jill of America Brooklyn Chapter, and she is a current member of the Brooklyn Chapter of the Links.

Ms. Williams is the recipient of numerous community award recognitions including the “Outstanding Brooklynite Award,” Corporate Citizen of the Year Award from the Brooklyn Chamber of Commerce, Top Women in Business, Schneps Communications, Business Leader of the Year Award, from the National Negro Business and Professional Women’s Club, and many more. She has been featured in articles in Our Time Press, Harlem Times, Brooklyn Spectator, Courier Life Publications, and Industry Magazine.

FPWA is an anti-poverty policy and advocacy organization committed to advancing economic opportunity and upward mobility for low-income New Yorkers. As a prominent force for justice for nearly 100 years, FPWA has served New York City’s human services sector, providing grants to support individuals and families as they strive to meet their basic needs while advocating for fair public policies on behalf of underserved people and the agencies that work with them. FPWA’s member network of 170 human-services and faith-based organizations reach more than 1.5 million people in New York City each year. Join us and our members at fpwa.org.