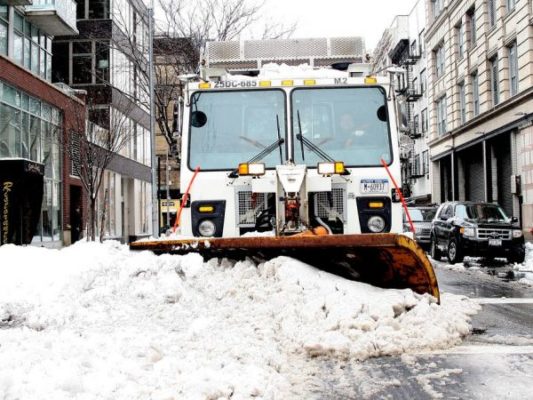 This March is coming in more like a snow leopard. More than an inch of snow will hit Harlem and New York City over the weekend following Friday morning’s flakes, the National Weather Service says.

This morning’s light snowfall should stop by the end of rush hour before the mercury rises to a high near 37 degrees, the forecast shows. But the white stuff will pick up again in the evening, eventually joined by sleet, according to the weather service.

An inch and a half of snow is expected to hit Central Park between Friday evening and Saturday morning, the weather service’s forecast shows.

Saturday will be a bit warmer with a high near 42, followed by similar temperatures and rain on Sunday, the weather service says.

Here’s a closer look at what to expect from the weather this weekend, courtesy of the National Weather Service.

Get the full report here.