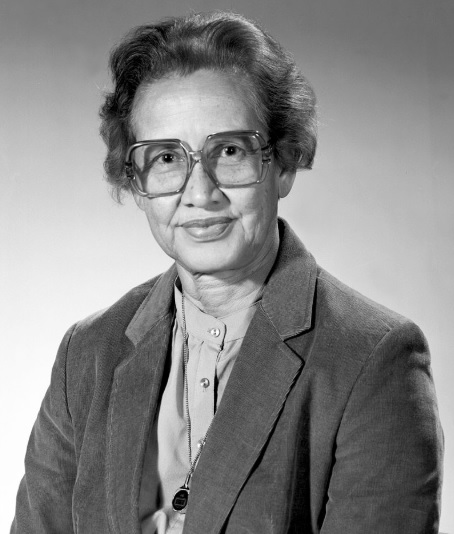 We don’t call it a tragedy when a renowned person dies after the century mark, especially if that person is brilliant NASA mathematician Katherine Johnson.

Ms. Johnson passed away yesterday at the venerable age of 101.Her death is a great historical loss, but by almost any measure we would consider reaching such a finish line a triumphant end to an already heroic life.

A prodigy and pioneer, Johnson joined the all-black “human computing” section at NASA’s predecessor, the National Advisory Committee for Aeronautics, in 1953. She would go on to calculate the launch windows and return trajectories for Alan Shepard

All this without the benefit of any machine computing power to speak of and—as Hidden Figures dramatizes through the powerful performance of Taraji P. Henson

as Johnson—while facing the dual barriers of racism and sexism her white male bosses and co-workers blithely ignored or deliberately upheld.

Johnson and her fellow “computers,” without whom none of these major milestones would have been possible, had to fight not only for recognition and a seat at the table, but for the basic accommodations we take for granted in every workplace.

Her contributions didn’t end when the space race was over—her work was critical to the Space Shuttle program and she even worked on a mission to Mars. But Johnson herself kept things in perspective, telling People magazine in the interview above from 2016, “I’m 98. My greatest accomplishment is staying alive.” Still, she lived to see herself turned into the hero of that year’s critically lauded film based on the bestselling book of the same name by Margot Lee Shetterly

—decades after she completed her most groundbreaking work.

Shetterly’s book, writes historian of technology Marie Hicks, casts Johnson and her fellow black women mathematicians “as protagonists in the grand drama of American technological history rather than mere details.” By its very nature, a Hollywood film adaptation will leave out important details and take liberties with the facts for dramatic effect and mass appeal. The featured treatment moves audiences, but it also soothes them with feel-good moments that “keep racism at arm’s length from a narrative that, without it, would never have existed.”

The point is not that Johnson and her colleagues decided to make racism and sexism central to their stories; they simply wanted to be recognized for their contributions and be given the same access and opportunities as their white male colleagues. But to succeed, they had to work together instead of competing with each other. Despite its simplifications and glosses over Cold War

history and the depth of prejudice in American society, Hidden Figures does something very different from most biopics, as Atlantic editor Lenika Cruz writes, telling “a story of brilliance, but not of ego. It’s a story of struggle and willpower, but not of individual glory… it looks closely at the remarkable person in the context of a community.”

Katherine Johnson lived her life as a tremendous example for young women of color who excel at math and science but feel excluded from the establishment. On her 98th birthday, she “wanted to share a message to the young women of the world,” says the narrator of the 20th Century Studios video above: “Now it’s your turn.” And, she might have added, “you don’t have to do it alone.” Hear Hidden Figures

author Shetterly discuss the critical contributions of Katherine and her extraordinary “human computer” colleagues in the interview below, and learn more about Johnson’s life and legacy in the featurette at the top and at her NASA biography here.