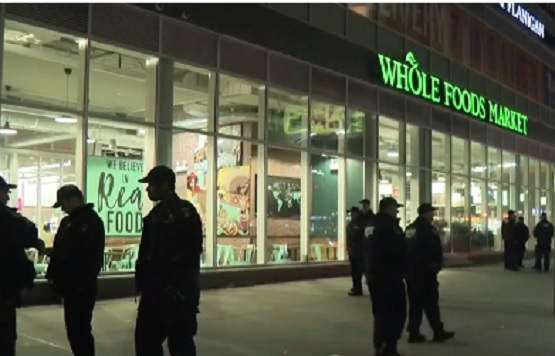 Amazon announced Friday that it’s pulling the plug on its Prime Now app and website.

The company’s standalone app and website will be gone by the end of this year.

The platform was launched in 2014 as a service that provides two-hour delivery for essential goods and groceries.

Amazon isn’t doing away with those features, but it is moving them to its primary app.

“To make this experience even more seamless for customers, we are moving the experience from a separate Prime Now app onto the Amazon app and website so customers can shop all Amazon has to offer from one convenient location,” said Stephenie Landry, vice president of grocery at Amazon.

Consumers can select two-hour delivery on essentials and other goods through the Amazon app or website. Amazon said users will be able to add items until it confirms that it is preparing the order.

Two-hour grocery delivery is also available through Amazon Fresh or Whole Foods, which are both on Amazon’s main app.

In recent years, Amazon has focused on expanding and streamlining its grocery offerings. In January, the tech giant announced that it was discontinuing its Prime Pantry service for the sake of simplicity.

“We have decided to transfer Amazon Pantry selection to the main Amazon.com store so customers can get everyday household products faster, without an extra subscription or purchase requirement,” Amazon said at the time.

Last year, the company also launched its own chain of Fresh grocery stores, separate from its Whole Foods stores.

The company has been hinting at the end of the Prime Now app and website lately, directing consumers to the Amazon app and website via a pop-up in the app reports Consumer Affairs.