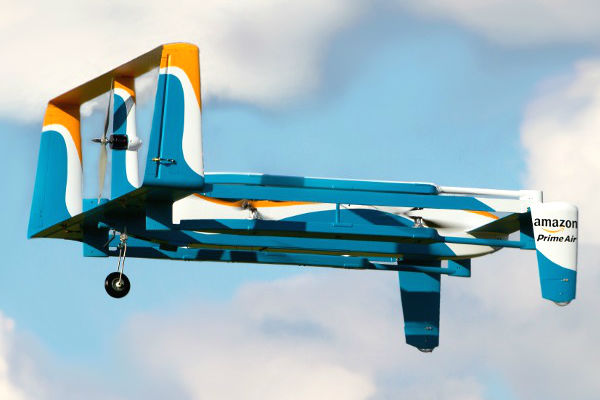 Amazon has received approval from the Federal Aviation Administration (FAA) to allow it to begin using drones for commercial package delivery.

The FAA said it decided to issue a “Part 135 air carrier certificate” to Amazon Prime Air because drone delivery will be beneficial to the public. The agency said it’s confident in Amazon’s drone operating and safety procedures.

“Amazon Prime Air’s concept uses autonomous [unmanned aircraft systems] to safely and efficiently deliver packages to customers,” said a spokesperson for the FAA on Monday. “The FAA supports innovation that is beneficial to the public, especially during a health or weather-related crisis.”

“This certification is an important step forward for Prime Air,” said David Carbon, Amazon’s vice president in charge of Prime Air, in a statement. He also added that the decision “indicates the FAA’s confidence in Amazon’s operating and safety procedures for an autonomous drone delivery service that will one day deliver packages to our customers around the world.”

The e-commerce giant announced its plans for Prime Air back in 2013. The company said at the time that it was working toward creating drones that can deliver packages weighing up to five pounds to customers’ houses in less than half an hour.

Amazon says the FAA’s approval will pave the way for its Prime Air 30-minute drone delivery plan to become a reality. It also says the approval will allow it to start testing customer deliveries through the program reports Consumer Affairs.