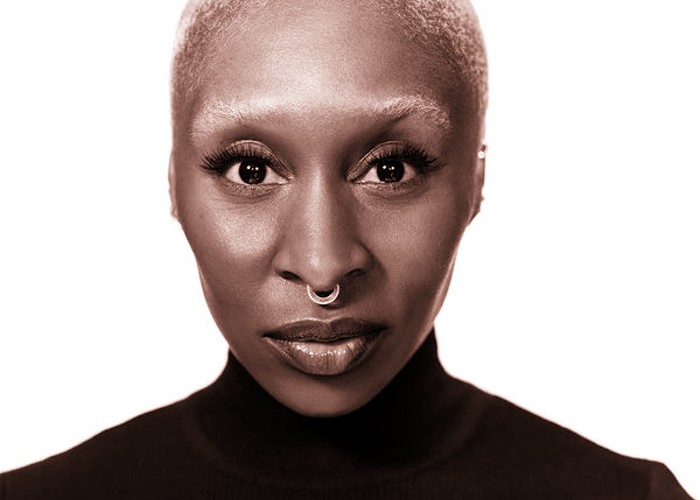 The centerpiece of Alvin Ailey American Dance Theater’s Lincoln Center engagement is the Ailey Spirit Gala on Thursday, June 16, 2022. The one-night-only benefit honors Verizon, one of the nation’s leading and largest technology companies, for their generous funding and steadfast support of Ailey’s vital community and education programs, including AileyCamp, an innovative, full-scholarship summer day camp that uses dance as a means to help youth stretch their minds, bodies, and spirits.

Verizon’s Vice President of Public Policy and longstanding member of Ailey’s Board of Trustees Anthony A. Lewis will accept the honor during an onstage presentation by Ailey Artistic Director Robert Battle.

Erivo will star in Netflix’s forthcoming feature film Luther alongside Idris Elba and Andy Serkis as well as bring to life the iconic Blue Fairy in Disney’s live-action retelling of Pinocchio.

She will also star in Universal’s film adaptation of the hit musical WICKED.

The Ailey Spirit Gala benefit performance at 7 pm brings together all parts of the organization performing works by Artistic Director Robert Battle capping the celebration of his decade-long leadership at Ailey.

The evening features the world-renowned Alvin Ailey American Dance Theater in Robert Battle’s Unfold, evoking the tenderness and ecstasy in Gustave Charpentier’s aria “Depuis Le Jour” sung by the incomparable Leontyne Price; and Love Stories finale, a joyful ballet portraying a luminous future built on the lessons and legacy of the past.

The rising stars of Ailey II  present a special amplified version of Battle’s Takademe, where clear shapes and propulsive jumps mimic the vocalized rhythmic syllables of Sheila Chandra’s jazzy score in this percussive, fast-paced work; gifted young dancers from The Ailey School showcase their talents and breadth of the program’s training in an excerpt of Awakening, a dance that expertly balances chaos and resolution, dissonance and harmony; and talented students of AileyCamp perform an excerpt of The Hunt, Battle’s dynamic work revealing the robust side of human nature and the thrill of the hunt.

A memorable finale of Alvin Ailey’s masterpiece, Revelations inspire attendees before a soirée on the promenade for dancing to the musical stylings of DJs Angel + Dren.

Guests witness the power of their charitable giving firsthand as talented students from these programs grace the stage.

For tickets and information, visit alvinailey.org/support/ailey-spirit-gala or call 212-405-9029.

Ailey’s six-performance engagement at Lincoln Center from Wednesday, June 15, 2022, to Sunday, June 19, 2022, includes the world premiere of In a Sentimental Mood by Ailey Resident Choreographer Jamar Roberts and the Company Premiere of Paul Taylor’s DUET, as well as a Saturday Family Matinee Battle 10th  Anniversary Program featuring a performance of his works set to the music of Ella Fitzgerald, Wynton Marsalis, Leontyne Price, Nina Simone, and Stevie Wonder followed by a Q&A with Battle.

Other highlights of the season include the Friday evening Masterful Movement program Celebrating Jacqueline Green, which pays tribute to the artistry of the acclaimed dancer who lit up the Ailey stage for more than a decade as she bids farewell to the Company.

For more information, and to purchase tickets starting at $29, visit www.alvinailey.org.

The Ailey Spirit Gala benefit performance on Thursday, June 16, 2022, features the world-renowned Ailey dancers and appearances by the rising stars of Ailey II, gifted dancers from The Ailey School, and talented students from AileyCamp, followed by a soirée on the promenade.

Alvin Ailey’s masterpiece Revelations provides the uplifting finale of each program. Performance tickets start at $29 and go on sale on Tuesday, April 26, 2022, at the David H. Koch Box Office, by phone at 212-496-0600, or online at alvinailey.org/LC. Student tickets may be available on the day of the performance for $17 at the box office with a valid student ID (one per student, subject to availability).

On Saturday, June 18, 2022, bring the whole family to enjoy the matinee and stay for a free, post-performance Q&A with Artistic Director Robert Battle.

Additional discounts for groups of 10 or more are available by phone at 212-405-9082 or e-mail groupsales@alvinailey.org.

Founded by Alvin Ailey, recent posthumous recipient of the Presidential Medal of Freedom—the nation’s highest civilian honor, and guided by Judith Jamison beginning in 1989, the Company is now led by Robert Battle, whom Judith Jamison chose to succeed her on July 1, 2011.

Alvin Ailey American Dance Theater has performed for an estimated 25 million people in 71 countries on six continents, promoting the uniqueness of the African American cultural experience and the preservation and enrichment of the American modern dance tradition.

The Ailey organization also includes Ailey II (1974), a second performing company of emerging young dancers and innovative choreographers; The Ailey School (1969), one of the most extensive dance training programs in the world; Ailey Arts in Education & Community Programs, which brings dance into the classrooms, communities, and lives of people of all ages; and The Ailey Extension (2005), a program offering dance and fitness classes to the general public, which began with the opening of Ailey’s permanent home—the largest building dedicated to dance in New York City, the dance capital of the world—named The Joan Weill Center for Dance, at 55th Street at 9th Avenue in New York City.