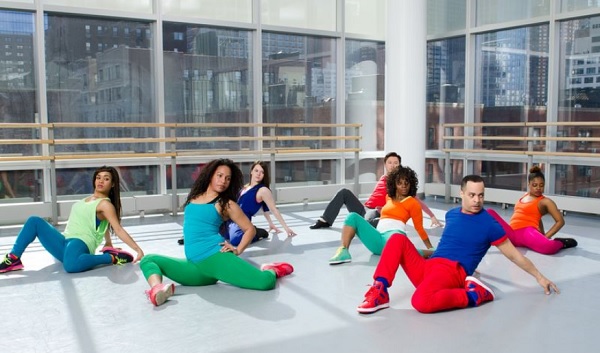 Pioneering dancer, choreographer, founder, and LGBT icon Alvin Ailey will forever be remembered for taking a stand for equality, shining a spotlight on social justice.

Ailey used his artistry to open hearts and minds around the world, and creating a safe space for other artists of all backgrounds to share their stories. Mr. Ailey said, “to be who you are and become what you are capable of is the only goal worth living.” Carrying forward his revolutionary legacy, the Ailey organization celebrates Pride Month 2019 with an array of inspiring activities that will bring audiences to their feet and into the studios, including special performances during Alvin Ailey American Dance Theater’s  Lincoln Center engagement (June 12-16) and two Pride workshops for all movers at Ailey Extension.

On Friday, June 14 at 8 pm, Ailey Pride Night will spotlight the impact of the Company’s founder through Rennie Harris’ acclaimed hip-hop work, Lazarus, inspired by his life and legacy, and Alvin Ailey’s acclaimed must-see masterpiece, Revelations. The evening will feature a Dancers Responding to AIDS appeal to raise essential funds for those battling the illness, a cause close to the Company as Mr. Ailey passed away from complications related to AIDS on December 1, 1989 – World AIDS Day.

On Father’s Day, Sunday, June 16 at 3 pm, the entire family is invited to a Family Pride Father’s Day Matinee with a Timeless Ailey special program featuring over a dozen treasures from Mr. Ailey’s wonderfully rich body of work. Excerpts from rarely seen gems, including Hidden Rites, Opus McShann, The Lark Ascending, and For “Bird” – With Love, will be joined by perennial favorites like Memoria, Night Creature, and Cry, culminating with Revelations.

Offstage, Ailey Extension invites dancers of all levels and backgrounds to celebrate Pride with exciting workshops at Ailey’s home, The Joan Weill Center for Dance – New York’s largest building dedicated to dance. Ailey Extension Pride kicks off with a heart-pumping  “Love is Love” Dance Cardio Party with Matthew Johnson Harris on Saturday, June 15 at 12:30-2pm. Designed for beginners with no dance experience, participants will pop, lock, and tone the body to music from the biggest LGBTQ icons of the past fifty years in a dance party that will make them forget they’re working out.

On Saturday, June 22 at 5-7pm, Vogue icon Cesar Valentino will lead a All Styles Vogue Workshop that will get participants popping, dipping, and spinning with grace and precision while paying homage to the rich history of Vogue dance and culture. After a jazz warm-up, dancers will strut their stuff and learn the fundamentals of runway modeling before having a Mini Ball for students to put what they’ve learned to the test. Ball categories include Best Vogue Performance, Best Runway Performance, and Best Dancewear, and winners will receive trophies and other prizes exclusively designed by Cesar Valentino.

During Pride Month and throughout Ailey’s Lincoln Center engagement, Ailey Extension will offer more than 20 free dance and fitness classes during NYC Dance Week, an annual festival from June 13-22. During the 10-day citywide celebration, new Extension students can take up to two participating technique classes for free, including Horton, Hip-Hop, Ballet, Masala Bhangra, Samba Afro Brazilian, NY Style Mambo, Theater Dance, and Salsa, among others. Returning students will receive a free NYC Dance Week class with the purchase of a 10-class card.

Alvin Ailey American Dance Theater, recognized by U.S. Congressional resolution as a vital American “Cultural Ambassador to the World,” grew from a now‐fabled March 1958 performance in New York that changed forever the perception of American dance. Founded by Alvin Ailey, recent posthumous recipient of the Presidential Medal of Freedom – the nation’s highest civilian honor, and guided by Judith Jamison beginning in 1989, the Company is now led by Robert Battle, whom Judith Jamison chose to succeed her on July 1, 2011. Alvin Ailey American Dance Theater has performed for an estimated 25 million people in 71 countries on 6 continents, promoting the uniqueness of the African‐American cultural experience and the preservation and enrichment of the American modern dance tradition. In addition to being the Principal Dance Company of New York City Center, where its performances have become a year‐end tradition, the Ailey company performs annually at Lincoln Center for the Performing Arts, the John F. Kennedy Center for the Performing Arts in Washington, DC, the Auditorium Theatre in Chicago, the Adrienne Arsht Center for the Performing Arts of Miami‐Dade County in Miami, The Fox Theatre in Atlanta, Zellerbach Hall in Berkeley, CA and at the New Jersey Performing Arts Center in Newark (where it is the Principal Resident Affiliate), and appears frequently in other major theaters throughout the United States and the world during extensive yearly tours. The Ailey organization also includes Ailey II (1974), a second performing company of emerging young dancers and innovative choreographers; The Ailey School (1969), one of the most extensive dance training programs in the world; Ailey Arts in Education & Community Programs, which brings dance into the classrooms, communities and lives of people of all ages; and The Ailey Extension (2005), a program offering dance and fitness classes to the general public, which began with the opening of Ailey’s permanent home—the largest building dedicated to dance in New York City, the dance capital of the world —named The Joan Weill Center for Dance, at 55th Street at 9th Avenue in New York City. For more information, visit www.alvinailey.org.