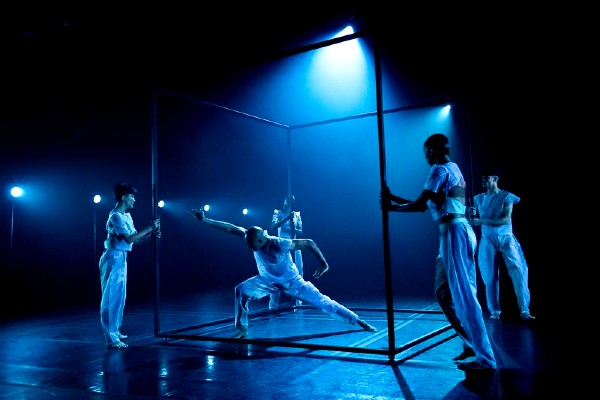 Alvin Ailey American Dance Theater kicks off its homecoming season with a one-night-only gala benefit on Wednesday, December 1 at 7 pm.

Complete with an exceptional performance at New York City Center and dinner party at the Ziegfeld Ballroom. The joyous celebration “honoring our audience, our inspiration” supports the creation of new works, scholarships to The Ailey School, and Ailey’s educational programs for children.

This gala features Artistic Director Robert Battle’s tour-de-force duet Ella with the added thrill of live music by GRAMMY®-nominated vocalist Jazzmeia Horn, the forward-looking Love Stories finale portraying a luminous future built on the lessons and legacy of the past, and Clifton Brown and talented students from The Ailey School in Bird Lives!, an excerpt from Alvin Ailey’s dance tribute to jazz legend Charlie “Bird” Parker. The performance culminates with the inspiring finale of Alvin Ailey’s signature masterpiece Revelations.

On Friday, December 3   Ailey reveals the world premiere of Resident choreographer Jamar Roberts’ Holding Space, which has been translated from dance film to center stage. Against a backdrop of civil unrest and our relentless threat upon the natural world, Holding Space examines the ways in which we are taking care. It asks: in what ways can we collectively accommodate one another to better traverse this new and unprecedented terrain? This ensemble work functions as a container, a sacred space created to give shape to, and hold, the complex emotions of this moment. At its core, it is about healing and the quest for sustainable pathways towards wholeness.

Take four amazing Ailey dancers and add in Wynton Marsalis’ delicious jazz score – written in 4/4 time – and you’ll understand why Robert Battle cheekily titled this exuberant short work For Four. Capturing the pent-up energy of a world cooped up during the pandemic, Battle expresses the drive to perform and the electricity of dancers coming together to create. 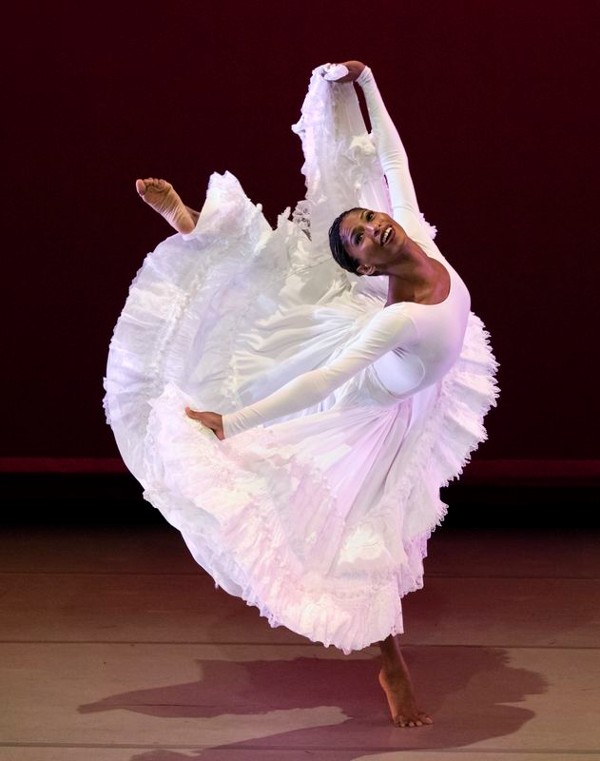 50 Years of Cry on Saturday, December 4 at 8 pm celebrates Alvin Ailey’s beloved classic dedicated to “all Black women everywhere – especially our mothers.” The 16-minute tour-de-force solo, created on his stunning muse, Judith Jamison, was an instant sensation when it debuted on May 4, 1971, at New York City Center and went on to become an enduring work of American art. Ms. Jamison has since taught the treasured role to subsequent generations of Ailey women, such as Jacqueline Green who is seen performing the iconic work in the current Netflix film “Really Love.”

On Sunday afternoons enjoy a lively performance and stay afterward for a free Q&A with the acclaimed Ailey dancers in the theater.

Join world-renowned dancer, former Ailey Company member, and Ailey Extension instructor, Sarita Allen for a special workshop learning the choreography from Alvin Ailey’s Blues Suite on Saturday December 4 from 2-3:30pm ET. Blues Suite is often documented as Mr. Ailey’s first masterpiece, where he had found his own miraculous voice as a creative artist presenting real people on the concert dance stage, defining his choreographic genius. As Jennifer Dunning wrote in her book Alvin Ailey: A Life in Dance, “[Blues Suite] is set in a ‘sporting house.’ The characters are the men and women who frequent the place, drinking, dancing, and flirting to the music of the blues over the course of a night that ends with the early morning sounds of a train and church bells.” This workshop is accessible both in-studio and online.

Alvin Ailey American Dance Theater, beloved as one of the world’s most popular dance companies, returns to the New York City Center stage December 1–19, 2021 for a season that has become a joyous winter tradition Led by Artistic Director Robert Battle who marks a decade of leading the Company forward, Ailey’s extraordinary dancers will move audiences with world premieres, new productions, repertory favorites and classics like the American masterpiece Revelations, acclaimed as a must-see for all. Tickets starting at $29 are on sale and can be purchased at the New York City Center Box Office, through CityTix® at (212) 581-1212 or online at www.alvinailey.org or www.nycitycenter.org. Discount tickets are available for Ailey Super Fans who purchase tickets for more than one performance, for students with an appropriate ID, and for groups of 10 or more (discounts do not apply to $29 tickets). The Saturday Family Matinee series includes a post-performance Q&A with the Ailey dancers and increased availability of $29 tickets; but buy early for the best seat selection. For group sales, call 212-405-9082 or e-mail groupsales@alvinailey.org. For further information, visit www.alvinailey.org.

Audience members are welcome to join in the dance at Ailey Extension’s real classes for real people with “Ticket to Dance”. First-time students can redeem their performance ticket stub for a complimentary dance or fitness class either in-studio or virtually. Offer is valid until February 28, 2022.

A Battle 10th Anniversary program is unveiled on Tuesday, December 7 at 7:30pm marking a decade of Artistic Director Robert Battle’s visionary leadership that has moved the Company forward in exciting ways into a seventh decade. The program features a new production of Robert Battle’s sensuous, swirling duet Unfold, evoking the tenderness and ecstasy in Gustave Charpentier’s aria “Depuis Le Jour” sung by the incomparable Leontyne Price. The evening also includes Ella, For Four, In/Side, Love Stories finale, Mass, and Takademe. Proceeds from the December 11 performance will go to the Ailey Dancers’ Resource Fund, which assists current and former company members with grants for career transition, creative endeavors, or emergency loans.

A special program on Thursday, December 9 at 7:30pm celebrates Ailey Resident Choreographer Jamar Roberts, in a farewell performance for someone who has left an indelible mark as a dancer over two decades and is now making compelling dances that engage artfully with contemporary issues such as gun violence and—most recently—the devastating effect the pandemic and police misconduct have had on Black bodies and Black lives. Before leaping to the forefront of creating dance on film during the pandemic, Roberts’ dancing has thrilled Ailey audiences, receiving rave reviews since 2002. Roberts was awarded an Outstanding Performer 2016 Bessie Award for Sustained Achievement “for impeccably representing the traditional values of classic modern dance while forging new paths with his sublime artistry, technical precision, and passionate presence with Alvin Ailey American Dance Theater.” The program will feature his Holding Space, special performances by Roberts in Alvin Ailey’s Revelations, a newly created solo, You Are The Golden Hour That Would Soon Evanesce, and more. The evening will also include a Dancers Responding to AIDS appeal to raise essential funds for those battling the illness.