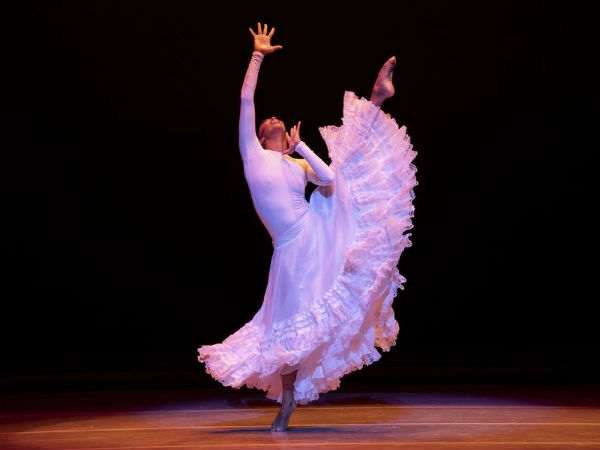 Capping off a joyous 60th Anniversary celebration that reached from coast to coast, Alvin Ailey American Dance Theater returns to Lincoln Center for the Performing Arts for seven performances at the David H. Koch Theater June 12 – 16, 2019. Helmed by Artistic Director Robert Battle, the season features a world premiere by Darrell Grand Moultrie – his debut for the Company – as well as recent premieres by some of today’s most revered choreographers. The engagement also includes several rarely seen works by Alvin Ailey, an Ailey Spirit Gala benefit celebrating The Ailey School’s 50th Anniversary, and a special evening honoring the legendary Carmen de Lavallade. Alvin Ailey’s must-see masterpiece Revelations is the uplifting finale of each performance.

The 2019 Lincoln Center engagement opens on Wednesday, June 12 at 7:30 pm with the Bold Visions program, featuring works by Darrell Grand Moultrie, Ronald K. Brown, and Robert Battle. Moultrie’s world premiere and debut work for the Company uses 12 dancers and an original score to reflect on the legacies that we’re all a part of and the universal journey that each person takes to find – and share – their passion. The evening also welcomes 2018 Dance Magazine Award winner Ronald K. Brown’s most recent premiere for the Company, The Call, which seamlessly blends modern and West African dance idioms in “a love letter to Mr. Ailey.” Robert Battle’s Juba, his dynamic first work for Ailey in 2003 which explores ritual and folk traditions in modern society, also takes the stage. Bold Visions repeats Sat, 6/15 at 2 pm (Family Matinee w/dancer Q&A). 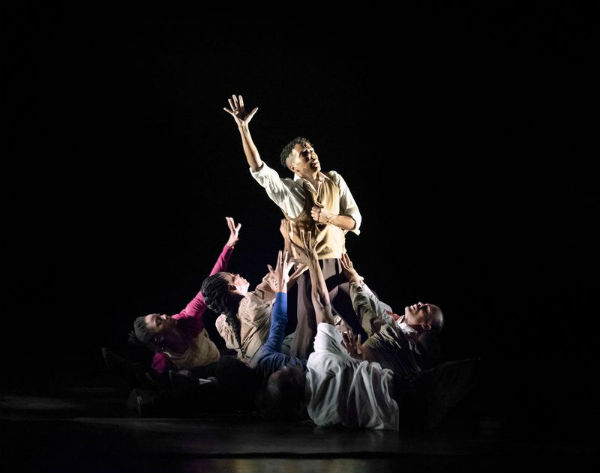 On Sunday, June 16 at 3pm, audiences will have the opportunity to experience excerpts from over a dozen treasures by the Company’s groundbreaking founder during the Timeless Ailey program. Excerpts from rarely seen gems, including Hidden Rites, Opus McShann, The Lark Ascending, and For “Bird” – With Love, will be joined by perennial favorites like Memoria, Night Creature, and Cry.

The season culminates on Sunday, June 16 at 7:30 pm with a special evening honoring dance icon Carmen de Lavallade, a close friend of Alvin Ailey’s who first introduced him to dance when they were high school students in Los Angeles. The two later journeyed to New York where they starred together on Broadway in Truman Capote’s House of Flowers. She went on to have an illustrious career in dance, theater, and films, and returned to perform as a guest star with the Company throughout the years. The program features Brown’s The Call, which pays homage to the cherished relationship between Mr. Ailey and Ms. de Lavallade, alongside Moultrie’s premiere and special excerpts of works that celebrate the living legend. This is a Young New York performance: 50% off tickets $55 and over for ages 21-35.

The Lincoln Center engagement will also include a special Ailey Spirit Gala benefit on Thursday, June 13 at 7 pm in celebration of the 50th Anniversary of The Ailey School. For tickets and information, visit alvinailey.org/support/ailey-spirit-gala or call 212-405-9624.

Each performance culminates with Alvin Ailey’s American masterpiece Revelations. Since its creation in 1960, Revelations has been seen by more audiences around the world than any other modern work, inspiring generations through its powerful storytelling and soul-stirring spirituals. Springing from Ailey’s childhood memories of growing up in the south and attending services at Mount Olive Baptist Church in Texas, Revelations pays homage to the rich African-American cultural heritage and explores the emotional spectrum of the human condition.

In 1958, Alvin Ailey and a small group of dancers took the stage in New York and forever changed American dance and culture. One of the country’s groundbreaking greats, his Company inspires all in a universal celebration of the human spirit using the African-American cultural experience and the modern dance tradition. After six decades, Ailey continues to move forward under the leadership of Robert Battle, revealing time and again why Alvin Ailey American Dance Theater is one of the world’s most beloved dance companies. Visit www.alvinailey.org for tickets and further information on the season. 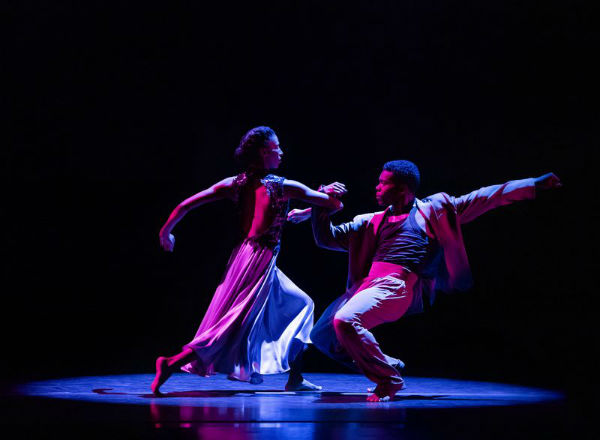 Tickets for the Lincoln Center engagement starting at $29 can be purchased starting on April 9 at noon at the David H. Koch Box Office, by phone at 212-496-0600, and online at alvinailey.org/LC. Discount tickets are available for students with an appropriate ID and for groups of 10 or more (discounts do not apply to $29 tickets). For group sales, call 212-405-9082 or email groupsales@alvinailey.org. Ailey Young New York invites those between the ages of 21 – 35 to purchase 50% off tickets $55 and over for the Sunday evening performance (up to 6 tickets). For further information, please visit www.alvinailey.org. The program schedule is detailed on page 3.

Alvin Ailey American Dance Theater’s current 60th Anniversary 21-city national tour will culminate on Mother’s Day weekend May 10 – 12 at the beautiful Prudential Hall of the New Jersey Performing Arts Center, where Ailey is the Principal Resident Affiliate. Ailey’s celebration in Newark kicks off on Saturday, April 6th with a full day of exhilarating free public events capped by Prudential Presents Alvin Ailey’s Revelations Celebration in Military Park from 1-4pm. Made possible by the support of Prudential Financial, the workshop for all ages will be led by former Ailey star Nasha Thomas teaching excerpts from Alvin Ailey’s American masterpiece and featuring live music from a gospel choir and percussionist, and more (RSVP required). For schedule and tickets, visit www.njpac.org.