All You Need To Know About The NFL 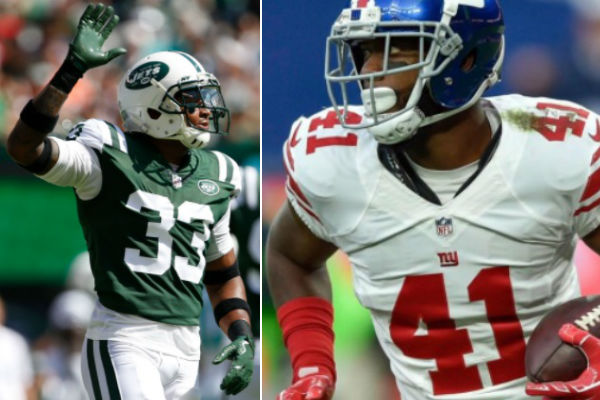 A thrilling few hours of endurance, strength, and speed, the NFL(National Football League) is a staple for many Americans on Sunday afternoons.

It has quite the reputation following it and American football has the wealthiest and one of the biggest leagues in the world with the NFL, which has also become not just a favorite not just to watch but to bet on, but when you do so make sure you check the bookmaker reviews.

A game of tactics and split-second decisions that is spread across a lengthy test of endurance for hours, this sport is American to its core. Rarely played elsewhere in the world, the sport suffers from criticism from people across the globe, but in America this sport rules. So what really is the sport and why exactly is it so popular and good?

One-quarter of the ‘Big Four’ leagues in America the NFL is a 32 team league that holds 29 out of the top 50 sporting franchises in the world. This sport is wealthy and huge in the states. Initially founded in 1920, the league wouldn’t be founded as the NFL until 1922 and wouldn’t adopt the playoff system until 1933. In fact, it wouldn’t be until 1967 that the AFL and NFL would combine championships to create the famous Super Bowl. This would eventually lead to a merger between the leagues in 1970 and see the basis of what the league is like nowadays. This means the league is still very young in its creation. But it has wasted no time in becoming the biggest and richest sport in America, and if not the world. Presenting midweeks games alongside Sunday afternoon games, this sport encapsulates fans from around the world.

NFL and American football more generally have a false connotation surrounding them that the sport is highly technical and it has so many rules that make it impossible to understand for a casual sports fan. This is slightly false. Whilst the game is very tactical and has numerous nuances, at its premise it remains fairly basic, learn the 101 rules here. Essentially, each team gets 4 turns to try and advance 10 yards till they make it to the touchdown zone and score points through 4×15 minute interval playing times. Whilst the game is certainly much more than this and there are a number of other rules, at its very basic face value that is the idea of the game. The sport itself requires great levels of tactics, endurance, and explosive power from both the athletic players competing and the genius coaches behind the plays.

Like many leagues in America, the NFL is split into two conferences. Within these conferences (usually geographically), the 32 league teams are split into groups of 4 groups. Within these groups, teams will bitterly compete to make it to the playoffs and progress in the championship towards the grand finale, the Super Bowl. Each team is franchised out and as such the leagues are huge moneymakers from the separate team’s sponsorships and endorsements. The final championship game, the Super Bowl, is one of the greatest sporting events on the calendar across the globe. It has turned into a tradition for many and has a huge build-up surrounding it. It has turned into more than just a championship game. It now has a huge halftime show, a massive party in the host city with thousands attending to support their teams, and of course, the two best teams from the NFL season battling it out. It’s a marked way to end a huge season in one of the biggest sporting leagues in the world.

Whilst this league has much more to it and is way more nuanced than what this article has expressed, we have tried to highlight the basics for all you need to know about the NFL. We have covered all the introductions, now it’s time for you to have a look for yourself!