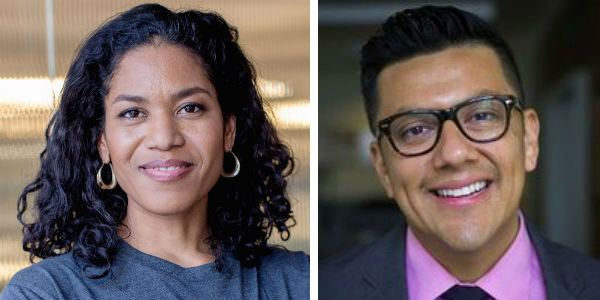 All Star Code, the leading nonprofit organization creating economic opportunity for young men of color by helping them develop the tools needed to succeed in a technological world, today announcement.

The announced that founder and Harlem fave Christina Lewis has been named President and Danny Rojas has been named Executive Director of the organization, effective January 1, 2020. Both Rojas and Lewis will report directly to the All Star Code Board of Directors.

In her new role as President of All Star Code, Lewis will lead fundraising activities while continuing to play a key role in executing the organization’s long-term vision and providing strategic counsel.

“Since 2013, it has been an enormous privilege to serve as All Star Code’s chief executive and, honestly, a blessing,” said Lewis. “The personal learnings from and jaw-dropping impact of this ‘tech-prep’ program for boys of color are two treasured gifts that keep on giving. As we enter this exciting new stage, I look forward to working with Danny in making our programs available to young men of color around the country and expanding this important movement.”

As Executive Director, Rojas, who originally joined All Star Code in 2018 as Vice President of Programs and has most recently served as Executive Vice President, will oversee day-to-day operations and execution of the growth strategy.

“I am thrilled to have the opportunity to serve as Executive Director for All Star Code,” said Rojas. “When I joined the team in May of 2018 and walked into our Summer Intensive classrooms, hosted at top technology companies, it affirmed to me how important this work is. As an engineer, executive, and parent of a future All-Star, the mission resonates personally and I am committed to realizing our vision and potential – in our students, our communities, and our nation. I look forward to working with Christina to continue growing the organization to expand our national footprint and meet, and exceed, our goal of serving 5,000 young men of color annually by 2024.”

“Since first launching in 2013, All-Star Code has refined and enhanced its approach to building opportunities for young men of color to enter and excel in the tech sector, supporting the continued calls for more diversity in that industry,” said Dr. David Orr, All Star Code Board Chair and Chaplain, Metropolitan Jewish Health System. “This new leadership structure will best position All Star Code for substantial and sustainable growth as we continue to build a strong talent pipeline that will significantly contribute to changing the face of tech within the next decade.”

Lewis founded All-Star Code in 2013 providing 10 driven young men with the tools, resources, and confidence needed to succeed in the tech-first world. Since then, more than 600 more young men of color in New York City and Pittsburgh have completed All Star Code’s flagship Summer Intensive program, with many students going on to major in computer science in top schools around the country, intern with leading tech companies, and launch their own startups.

All Star Code, a nonprofit organization founded in 2013, empowers young men with the skills, networks, and mindsets they need to create new futures through technology. Our goal is to close the tech entrepreneurship gap in the United States by developing a pipeline of diverse 21st century leaders. The Summer Intensive, our free six-week flagship program in New York, NY, and Pittsburgh, PA, exposes our talented students to the technology industry via an innovative curriculum that mixes specific skills, networks, mindsets, and cultural understanding.