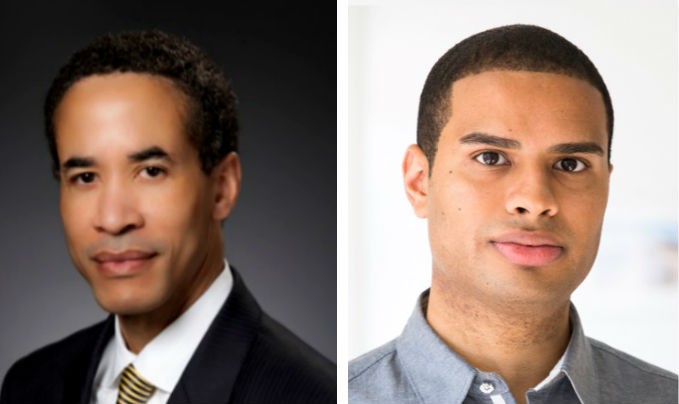 Harlem fave the All Star Code (ASC), a leading nonprofit organization creating economic opportunity for boys and young men of color (BYMOC) by helping them develop the tools they need to succeed in a technological world, has added two renowned business leaders to its Ambassador program.

Those leaders include Charles Phillips, CEO of Infor – the world’s third-largest provider of enterprise software – and Ryan Williams, founder, and CEO of Cadre – the digital real estate investing platform.

The Ambassador program, launched in March 2019, connects business leaders with All-Star Code’s more than 600 students and alumni to bolster All Star Code’s mission to create economic opportunity for BYMOC by helping them develop the skills and mindset they need to become entrepreneurs.

“We are so thrilled to welcome Ryan Williams and Charles Phillips as our newest Ambassadors,” said Christina Lewis, Founder and CEO of All Star Code. “These illustrious, pioneering leaders embody hard work, bringing others up with you, and daring greatly— all values we teach at All Star Code. Their support, along with that of our other Ambassadors, all nationally-recognized leaders in the business community, will be critical to us achieving our goals.”

All-Star Code partners closely with its ten Ambassadors – including Ken Chenault (Chairman and Managing Director at General Catalyst Partners, former CEO of American Express), Van Jones (Political Contributor at CNN) and Darren Walker (President, Ford Foundation) – to bring widespread awareness to the underrepresentation of Black and Latino men in the technology sector. Ambassadors support All Star Code by speaking at ASC’s programs and events, hosting discussions and fundraising engagements, and providing strategic counsel to the organization.

“I know from personal experience how important it is to create windows of access and opportunity for young people, especially those who have often been forgotten. Tomorrow’s economy will continue to evolve, and require different skills than today’s,” said Williams. “The question we must ask, and that All-Star Code is working hard to answer, is how we level the playing field so that in the midst of growth in the technology economy we lift up young people from underserved communities.”

Charles Phillips is a business executive in the technology industry who has served as the CEO of Infor since early 2010. Infor is the world’s third-largest provider of enterprise applications and services. In his first three years at Infor, Phillips significantly grew the company through multiple strategic acquisitions, the creation of an in-house design agency, and updates to the software user interface and visual appeal. Prior to joining Infor, Phillips served as co-president and director of Oracle Corporation and was a managing director in the technology group at Morgan Stanley. Phillips also serves on the board of directors at Viacom.

Ryan Williams is an entrepreneur best known as the founder and CEO of Cadre, a New York-based real estate technology company. Cadre provides individuals and institutions direct access to large commercial real estate properties, and has been described as a service that “makes the real estate market more like the stock market.” In 2015, Williams founded Cadre at age 26 after receiving investments from Thrive Capital and General Catalyst. Williams has appeared on the cover of Forbes’ “FinTech50” issue, was named to Forbes’ “30 Under 30” list and is listed as one of Goldman Sachs’ “Most Intriguing Entrepreneurs.” Williams received a bachelor’s degree in Economics from Harvard University.

All-Star Code, a nonprofit organization founded in 2013, empowers young men with the skills, networks, and mindsets they need to create new futures through technology. Our goal is to close the tech entrepreneurship gap in the United States by developing a pipeline of diverse 21st century leaders. The Summer Intensive, our free six-week flagship program in New York, NY and Pittsburgh, PA, exposes our talented students to the technology industry via an innovative curriculum that mixes specific skills, networks, mindsets, and cultural understanding.