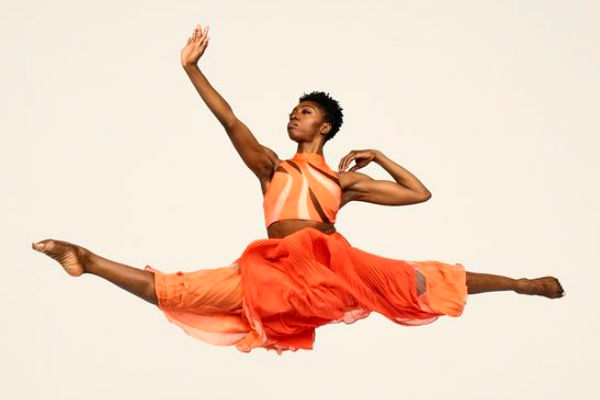 The Ailey organization continues to share the Ailey spirit with people wherever they are during this challenging time through Ailey All Access – free online streaming series featuring performances of full length works from the repertory, Ailey Extension dance classes, and original short films created by the Ailey dancers, and other especially created content.

In addition to weekly broadcasts, Ailey Extension’s dance and fitness program for the general public continues their mission to unite the community with daily online classes in an effort to help people #KeepDancing. Led by former Alvin Ailey American Dance Theater company member Lisa Johnson- Willingham, the Ailey Extension will mark the start of its 15th Anniversary Celebration this Sunday, April 5 through a Virtual Dance Party from 4pm-6pm ET with a relay of instructors conducting class on Instagram every 30 minutes, including: Cardio Dance with Matthew Johnson Harris, Horton Combination with Karen Arceneaux, Hip Hop with Jonathan Lee, Vogue with Cesar Valentino, and West African with Maguette Camara. The fun doesn’t stop with the Virtual Dance Party.

To take the fun and fitness one step further, the Ailey Extension invites participants to learn Tweetboogie’s easy to follow Hip Hop combination and tag @aileyextension in their Instagram videos learning the routine.  Ailey Extension will put the spotlight on participants by sharing videos of students enjoying the challenge from home.

Also, to prepare for a return to classes at The Ailey Studios, starting April 5 through May 5 students can take advantage of a special 15 class card for $225 (just $15 per class). The class cards are valid for three months from the date of activation and can be activated any time over the next 365 days. Class cards can be purchased online here. This spring, Ailey Extension encourages all to stay healthy, energized, and keep dancing at home with the online class videos and Livestream classes at aileyextension.com/keepdancing.

In case you missed it, Ailey in the News:

Bank of America is Alvin Ailey American Dance Theater’s National Tour Sponsor.
The 2020 National Tour is supported, in part, by the National Endowment for the Arts.

Alvin Ailey American Dance Theater, recognized by U.S. Congressional resolution as a vital American “Cultural Ambassador to the World,” grew from a now‐fabled March 1958 performance in New York that changed forever the perception of American dance. Founded by Alvin Ailey, recent posthumous recipient of the Presidential Medal of Freedom – the nation’s highest civilian honor, and guided by Judith Jamison beginning in 1989, the Company is now led by Robert Battle, whom Judith Jamison chose to succeed her on July 1, 2011. Alvin Ailey American Dance Theater has performed for an estimated 25 million people in 71 countries on 6 continents – as well as millions more through television broadcasts, film screenings, and online platforms – promoting the uniqueness of the African‐American cultural experience and the preservation and enrichment of the American modern dance tradition.

The Ailey organization also includes Ailey II (1974), a second performing company of emerging young dancers and innovative choreographers; The Ailey School (1969), one of the most extensive dance training programs in the world; Ailey Arts in Education & Community Programs, which brings dance into the classrooms, communities and lives of people of all ages; and The Ailey Extension (2005), a program offering dance and fitness classes to the general public, which began with the opening of Ailey’s permanent home—the largest building dedicated to dance in New York City, the dance capital of the world.