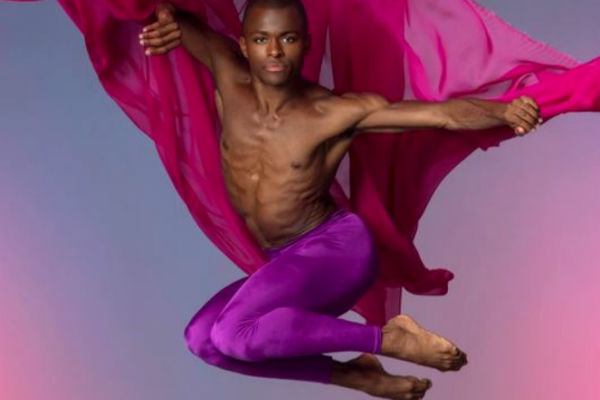 On the heels of a successful world tour to over 30 cities, Ailey II, Alvin Ailey American Dance Theater’s junior company that serves as a bridge between The Ailey School, will return to its home, The Ailey Citigroup Theater.

For forty-five years, Ailey II has merged the spirit and energy of the country’s best young dance talent with the passion and creative vision of today’s most outstanding emerging choreographers. Founded in 1974, the company embodies Mr. Ailey’s pioneering mission to establish an extended cultural community that provides dance performances, training, and community programs for all people. Under the direction of Sylvia Waters, Ailey II flourished into one of the most popular dance companies in the country. With Artistic Director Troy Powell at the helm, Ailey II continues to thrive as he brings a fresh dimension to this beloved company.

“Ailey II has opened doors and opportunities for young artists yearning to grow for over four decades,” said Troy Powell. “It’s a pleasure and an honor to bring together twelve of the nation’s most talented and brilliant young dancers with today’s most promising choreographers. I am excited to be returning to the Company’s home theater where audiences will have the chance to witness Ailey II’s artistry, athleticism and passion in four unique world premieres and three returning favorites.”

The Harlem Renaissance of the 1920s and early 30s produced a flowering of art, music, and writing by Black lesbians and gay men who were forced to live their lives in secret. In the world premiere work Still, former Ailey dancer Kirven Douthit-Boyd shines a light on these artists with a present-day response that captures the vibrant energy that filled the streets during this historic era. With a mix of modern and contemporary movement, this ensemble work is set to an original score by Lamar Harris that has influences from jazz, hip-hop, and world music.

A heartfelt love letter to ones lost, former Rehearsal Director Alia Kache makes her Ailey II choreographic debut with The Gone. This sextet embraces her unique style of movement – a fusion of ballet, Forsythe, Graham, Hawkins, and Horton – which is wonderfully paired with the soulful music of singer-songwriter Be Steadwell.

In the intimate Saa Magni (pronounced ‘SAH MAHg-knee’) – the title means “death is terrible” – Ailey company member Yannick Lebrun delivers a passionate duet filled with the angst and fear that comes along with the mourning process. One dancer portrays a lamented soul while the other provides strength and solace. Set to music by Malian singer Oumou Sangaré, Lebrun’s movement is long and reaching with striking lines and full-bodied lifts.

Artistic Director of Gallim Andrea Miller, known for her visceral and imaginative work, makes her Ailey II debut with her ballet Psūkhe (pronounced ‘pSEE-hee’). This energetic full company features unexpected partnering and complex solos set to the electronic music of Nicolas Jaar. The title is an Ancient Greek word meaning ‘life’s breath, spirit, and soul’ and is the origin for the English word ‘psyche.’

In addition to four premieres, returning favorites will feature repertory from Renee McDonald, Darrell Grand Moultrie, and Bradley Shelver. Jamaican-born choreographer Renee I. McDonald’s Breaking Point is an intense depiction of the fight for our heart’s desire. Whether it is love, friendship, forgiveness, or a secret longing, these things can take us to our limit. Suitably paired with the bold and pulsating sounds of Audiomachine, McDonald’s high-powered, modern-based choreography captures the willpower and frenzy it takes to keep up “the fight” until you hit your breaking point. Darrell Grand Moultrie’s Road To One passionately embraces the journey we all take to find meaning in our lives and eventually pass it on to the next generation. Inspired by a mentor who introduced him to the arts at a young age, Moultrie pays it forward with the Ailey II dancers, creating a high-energy ensemble work that uses elegant, modern movement with a contemporary edge. The musical score features an eclectic range of artists, including Ezio Bosso, Kinjey Bunchens, Monica Chuchi, Oliver Davis, and Spark. South African-born Bradley Shelver’s high-energy Where There Are Tongues is inspired by the idea that we are all in this world together, succeeding or failing as a collective. The rhythmically complex music, by French a cappella group Lo Còr De La Plana, couples with Shelver’s quirky style to make dance theater that will set pulses racing.

Both programs are approximately two hours, including two intermissions.

Ailey II – Alvin Ailey American Dance Theater‘s second company – is universally renowned for merging the spirit and energy of the country’s best young dance talent with the passion and creative vision of today’s most outstanding emerging choreographers. Founded in 1974 as a bridge between The Ailey School and the professional dance world, Ailey II embodies Alvin Ailey’s pioneering mission to establish an extended cultural community that provides dance performances, training, and community programs for all people. Ailey II flourished into one of the most popular dance companies in the country under the leadership of Sylvia Waters from 1974-2012, combining a rigorous touring schedule with extensive community outreach programs. With Artistic Director Troy Powell at the helm, Ailey II continues to thrive as he brings a fresh dimension to this beloved company.

Tickets starting at $49 are on sale beginning Monday, February 10, and can be purchased online at www.alvinailey.org/aileyiinyc or by phone through OvationTix at (866) 811-4111. Tickets for groups of 10 or more can be purchased through Group Sales at (212) 405-9082, groupsales@alvinailey.org.