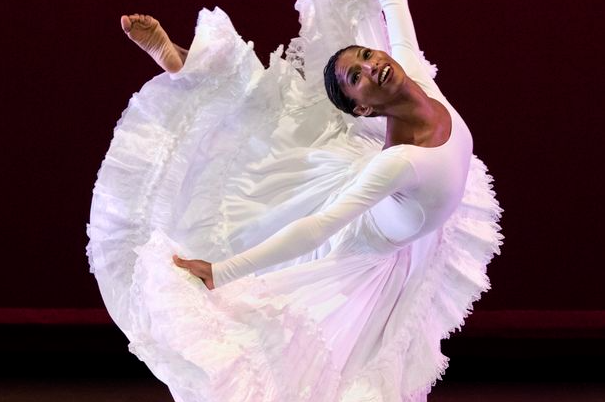 Alvin Ailey American Dance Theater will continue to inspire audiences virtually with a spring series of free programs through Ailey All Access from March 17 – June 24, 2021. Using dance as a vehicle for joy and hope during a time of unprecedented challenges and separation, the presentations will advance the Ailey organization’s online initiatives that have inspired and enlightened over 12 million people in 121 countries over the past year, including a December holiday season featuring several dance film premieres.

“It’s been very important for us to not just think about dancing in spite of the pandemic, but dancing because of our love and our mission to bring dance to the people as Alvin Ailey wanted us to do,” stated Artistic Director Robert Battle. “Dance feeds the soul and can be healing, so it was essential that we reached across the world virtually over the past year.  Our movement continues to share a message of hope and the promise of advancing together towards a better future.”

Ailey All Access free programs will premiere on select nights at 7 pm ET from March through June and be available online for a two-week period.

On Wednesday, March 17, during Women’s History Month, the streaming will feature the legendary Judith Jamison’s A Case of You, an emotional and sensual duet performed to Diana Krall’s version of Joni Mitchell’s song by the same title.

The Tuesday, March 30 presentation of Blues Suite will mark the Company’s anniversary and the historic first performance in 1958 that defined Alvin Ailey’s choreographic genius in presenting real people on the concert dance stage.

Vividly evoking the sorrow, humor, and humanity of the blues, Blues Suite conjures Alvin Ailey’s “blood memories” of the barrelhouses and fields of rural, Depression-era southern Texas and the songs he called “hymns to the secular regions of the soul.”

Related:  Harlem Fave Mary Wilson Releases Her Timely “Why Can’t We All Get Along” Stream

In a joyful nod to the 50th anniversary of Alvin Ailey’s iconic masterpiece, Cry, which debuted May 4, 1971, as a birthday present for his mother Mrs. Lula Cooper, a new film adaption will premiere on Mother’s Day on May 9.

Dedicated to “all Black women everywhere – especially our mothers,” the 16-minute tour-de-force solo created on his stunning muse, Judith Jamison, was an instant sensation and went on to become an enduring work of American art.

Alvin Ailey and Cry are spotlighted in a segment narrated by Kelly Rowland in “Black Renaissance,” a tribute to those who have shaped Black History presented by YouTube Originals, in partnership with Google Arts & Culture.  Watch the segment here.

The Ailey Spring Gala on June 24 at 7:30 pm ET celebrates Hope, Promise, and Future in a virtual broadcast finale of the free Ailey All Access spring series.

Presenting a special homage to our nation’s capital, Washington, D.C., the gala features appearances by gifted young dancers from The Ailey School and special guests.

The gala raises the vital funds needed to sustain its programs for young people, especially during this challenging time when other sources of funding, such as live theater performances, aren’t possible. The evening will also include a special VIP pre-performance virtual reception and a post-gala celebration.

Additional online special programs in May and June will be announced later. For further updates on the spring series and schedule, visit Ailey All Access and www.alvinailey.org.

Ailey’s artistry will also be presented virtually by New Jersey Performing Arts Center on Mother’s Day weekend, with a virtual free screening of “Revelations Reimagined,” reinventing and exploring the beloved cultural treasure in a new context.

To RSVP for the screening visit here. Also, Ailey fans can tune into a program featuring the world premiere of a newly commissioned work by Jamar Roberts as part of Cal Performances at Home on Thursday, June 10 at 7pm PT.

Related:  Curated Between The Lines, The African Lookbook By Catherine E. McKinley At The Schomburg

Tickets for the Spring 2021 Cal Performances at Home series can be purchased online at calperformances.org/at-home.

In addition to performances, Ailey’s virtual workshops and classes have been inviting people of all ages around the world to join in the dance. Ailey Arts In Education & Community Programs has expanded remote learning opportunities with a newly available offering – a Revelations Virtual Dance Workshop Series for middle school students that blend dance with poetry, history, music, and more, to build a foundation of artistic exploration that will enhance any students’ academic experience.

The Ailey Extension program which “brings dance back to the people” has leaped from the studio into homes with an expanded slate of online offerings, including special Absolute Beginner Ballet, Horton, and Afro-Cuban classes and workshops to mark the first day of spring on March 20 and a cheerful Masala Bhangra workshop led by Sarina Jain celebrating Holi, the Hindu Spring “festival of colors,” on March 27.

Even dancers as young as five years old can learn basic skills and try out new techniques during the Kids & Teens Online Spring session which runs from March 1 – May 2.

In addition to being the Principal Dance Company of New York City Center, where its performances have become a year‐end tradition, the Ailey company performs annually at the John F. Kennedy Center for the Performing Arts in Washington, DC, the Auditorium Theatre in Chicago, The Fox Theatre in Atlanta, Zellerbach Hall in Berkeley, CA and at the New Jersey Performing Arts Center in Newark  (where it is the Principal Resident Affiliate), and appears frequently in other major theaters throughout the world during extensive yearly tours.

The Ailey organization also includes Ailey II (1974), a second performing company of emerging young dancers and innovative choreographers; The Ailey School (1969), one of the most extensive dance training programs in the world; Ailey Arts in Education & Community Programs, which brings dance into the classrooms, communities and lives of people of all ages; and The Ailey Extension (2005), a program offering dance and fitness classes to the general public, which began with the opening of Ailey’s permanent home—the largest building dedicated to dance in New York City, the dance capital of the world —named The Joan Weill Center for Dance, at 55th Street at 9th Avenue in New York City.