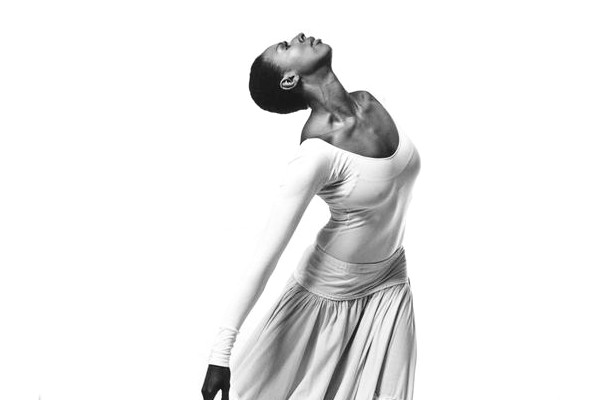 The Ailey organization continues to inspire and enlighten millions across the globe with free broadcasts of performances, conversations, Ailey Extension dance and fitness classes, and more.

In observance of Juneteenth, Ailey All Access will present a program of conversation and dance, speaking to the enduring power of the human spirit and extending Alvin Ailey’s legacy of artistic activism.

In the special production sponsored by Amazon premiering on Wednesday, June 16, 2021, at 7 pm EDT, Alvin Ailey American Dance Theater will move viewers around the world in thought-provoking works to commemorate Juneteenth – the day on June 19, 1865, when all enslaved African Americans finally learned of their freedom and the end of the Civil War.

Available online for one week, performances by Ailey’s extraordinary dancers will include excerpts from Rennie Harris’ Lazarus, a 1972 film of Judith Jamison dancing to “Right On, Be Free” in the finale of Alvin Ailey’s Cry, and the rousing “Rocka My Soul” culmination of Revelations.

All three works pay tribute to the cultural heritage of the African-American, which Mr. Ailey said was one of America’s richest treasures – “sometimes sorrowful, sometimes jubilant, but always hopeful.”

Inspired by the life and legacy of Mr. Ailey, hip-hop pioneer Rennie Harris connects past and present in Lazarus, a powerful ensemble work that addresses the racial inequities America faced when Mr. Ailey founded this company in 1958 and still faces today.

Dedicated to “all Black women everywhere–especially our mothers,” the solo Cry was originally interpreted by the legendary Judith Jamison representing women who endured the hardships of slavery, overcame extraordinary tribulations, and still rose in joyful triumph.

Revelations, a timeless American masterpiece, draws up Mr. Ailey’s “blood memories” of Texas, examining the journey from struggle to surrender to salvation that ultimately speaks to our common humanity and the power of faith and hope.

Everyone is also invited to spring into summer on Thursday, June 24 at 7:30 pm EDT with the Ailey Spring Gala virtual broadcast celebrating Hope, Promise, and the Future, an exceptional culmination of Ailey All Access.

For further updates on the spring series of free online performances, visit Ailey All Access and www.alvinailey.org.

Ailey Extension is inviting dance lovers around the world to join in a FREE virtual Juneteenth Celebration: West African Class with Maguette Camara on Saturday, June 19 at 12pm EDT.

This 75-minute class will dive into West African culture while teaching the fundamentals of traditional West African dance and rhythms. During this high-spirited, high-powered rhythmic experience, students will learn the rich legacy of the dance style while moving to live drums.

Noggin x Ailey – “Why We Dance”

Ailey dances with Noggin in celebration of Juneteenth and encourages families to submit moves to be featured in a “Why We Dance” compilation video that will premiere on Nick Jr.’s YouTube channel. The submission process is simple, record your family doing the dance led by Ailey dancer Constance Stamatiou and her children featured here and upload with accompanying hashtag #WhyWeDance, follow, and tag @noggin and @alvinailey in your post and your video may be selected. Submission guidelines can be found here.

As we move forward together, the Ailey organization will continue to find ways to build community, uplift with Ailey’s artistry, and celebrate the indomitable human spirit through dance. During these unprecedented times, the Ailey organization is grateful for contributions to the Still, We Dance campaign that is making it possible to move forward and share Ailey All Access. To enjoy a variety of digital content, follow Alvin Ailey American Dance Theater and the Ailey Extension on Facebook and Instagram, The Ailey School on Instagram, and visit www.alvinailey.org regularly for updates.

In addition to being the Principal Dance Company of New York City Center, where its performances have become a year‐end tradition, the Ailey company performs annually at the John F. Kennedy Center for the Performing Arts in Washington, DC, the Auditorium Theatre in Chicago, The Fox Theatre in Atlanta, Zellerbach Hall in Berkeley, CA and at the New Jersey Performing Arts Center in Newark (where it is the Principal Resident Affiliate), and appears frequently in other major theaters throughout the world during extensive yearly tours.

The Ailey organization also includes Ailey II (1974), a second performing company of emerging young dancers and innovative choreographers; The Ailey School (1969), one of the most extensive dance training programs in the world; Ailey Arts in Education & Community Programs, which brings dance into the classrooms, communities and lives of people of all ages.

The Ailey Extension (2005), a program offering dance and fitness classes to the general public, which began with the opening of Ailey’s permanent home—the largest building dedicated to dance in New York City, the dance capital of the world —named The Joan Weill Center for Dance, at 55th Street at 9th Avenue in New York City.