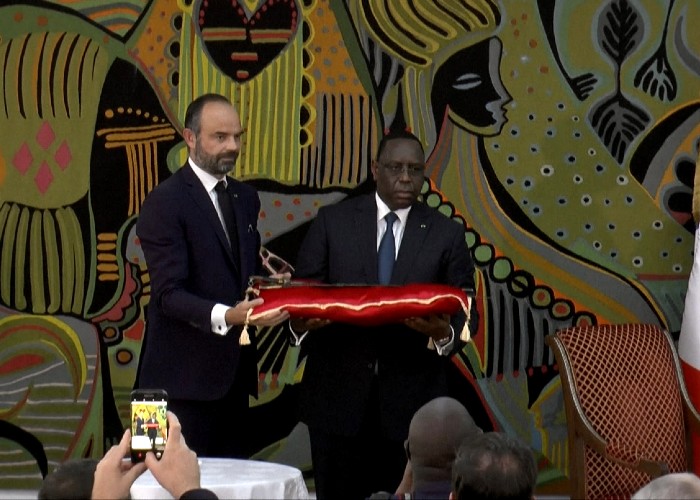 From French director Nora Philippe, the documentary Restitution: Africa’s Fight for Its Art brings the story of the theft of thousands of pieces of African art by European nations.

This happens during the colonial period on public television and streaming platforms as part of the new season of AfroPoP: The Ultimate Cultural Exchange.

As activists and governments now work to return the art to their countries of origins, will Western museums release their claims on the pieces and help restructure the West’s view of African art and culture?

Restitution? Africa’s Fight for Its Art by Nora Philippe.

In French with English subtitles and the episode run time is 55 minutes.

A unique art-history saga is coming to U.S. audiences as AfroPoP: The Ultimate Cultural Exchange presents Restitution: Africa’s Fight for Its Art as part of season 14 of the noted documentary series.

Directed by French filmmaker Nora Philippe, Restitution: Africa’s Fight for Its Art recounts the true and troubling history of the theft of African artwork and sacred artifacts by European nations during the colonial period and the contemporary demand for their return to their rightful countries of origin.

Presenting a detailed lesson on both the art world and world history, Restitution? explores how colonizers looted nations throughout Africa of art and religious pieces.

Even as the people and cultures were denigrated and oppressed, their art was used to curate museums and private collections in England, France, Germany, and other countries in the Western world.

From the Benin Bronzes to priceless statues to the remains of Africans exploited as part of human exhibitions such as Sarah Baartman, activists, art experts, and heads of state are pushing to repatriate the art and ancestors to their homelands.

Will their efforts be enough to bring lasting change?

Watch the trailer for Restitution: Africa’s Fight for Its Art below:

The film can be streamed in its entirety on worldchannel.org as part of AfroPoP season 14 now.

Photo credit: The sabre of Omar Tall is returned to Senegal by France in a restitution ceremony. By © Cineteve.