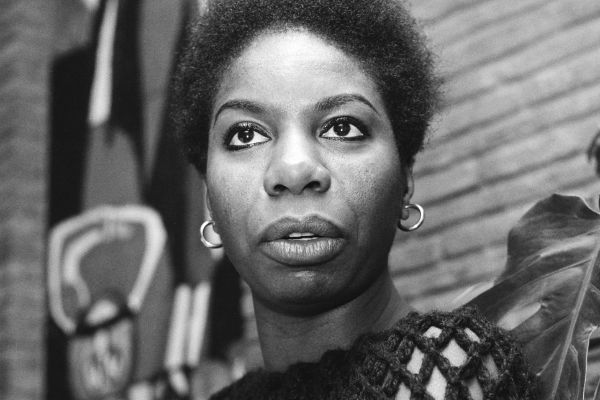 With a selection of 18 films directed by women of color from ten different countries.

The film industry is a male-dominated industry worldwide. The selection of films in the ADIFF Women’s History Month Film Series is a modest celebration of the work of international women filmmakers of color who, against all odds, have broken the Glass Ceiling and managed to create meaningful pieces of cinematic art.

France, Tunisia, the USA, Bangladesh, Senegal, and more are part of the program. Some of the films focus on women’s stories while others highlight men’s stories with a firm hand.

They talk on issues of incredible relevance today such as racism in France, Islam and women, Black women in the military, racial identity, union-building struggles, colonialism, race in Latin-America, and more.

These are revolutionary women whose works deserve an appreciation and understanding that some of them have never had due to the fact they are women speaking with their voice in a male-dominated field.

Highlights include Opening Night Film Betrayal of a Nation by Brandi Webb (USA), an experimental documentary that indicts the U.S. Government on 18 charges, for crimes committed against Black and Brown citizens.

Director Brandi Webb participates in a free Zoom conversation focusing on women filmmakers who share a passion for producing and directing powerful documentaries with a strong political input.

Another highlight is the US Premiere presentation of She Had a Dream by Raja Amari (Tunisia), a rare documentary that explores the issue of racism in Tunisia through the eyes of Ghofrane, 25, a young Black Tunisian woman and a committed activist who speaks her mind.

She embodies Tunisia’s current political upheaval. As a victim of racial discrimination, Ghofrane decides to go into politics.

Tickets are $7 per film. The series All-Access Pass for $65.

But You’re Not Black by Danielle Ayow & White Like The Moon Marina Gonzalez Palmier (Canada & USA)
The African Diaspora International Film Festival WOMEN’S HISTORY MONTH FILM SERIES is made possible thanks to the support of the following institutions and individuals: ArtMattan Productions; the Office of the Vice President for Diversity and Community Affairs, Teachers College, Columbia University, and the Upper Manhattan Empowerment Zone Development Corporation and administered by LMCC and the New York City Department of Cultural Affairs.

Described by film critic Armond White as “a festival that symbolizes diaspora as more than just anthropology,” ADIFF has managed to increase the presence of independent Afrocentric films from all over the world in the general American specialty movie scene by launching films such as The Tracker by Rolf de Heer (Australia), Kirikou and the Sorceress by Michel Ocelot (France), Gospel Hill by Giancarlo Esposito (USA), Darrat/Dry Season by Mahamat-Saleh Haroun (Chad), Scheherazade, Tell Me a Story by Yousry Nasrallah (Egypt), The Pirogue by Moussa Touré (Senegal), White Lies by Dana Rotberg (New Zealand), and The Citizen by Roland Vranik (Hongary), The Last Tree by Shola Amoo (UK), Made in Bangladesh by Rubaiyat Hossain (Bangladesh) among others.

ADIFF attracts a wide cross-section of cinephiles and audiences of African American, Caribbean, African, Latino, and European ethnic backgrounds who share a common interest for thought-provoking, well crafted, intelligent, and entertaining stories about the human experience of people of color, ADIFF is now a national and international event with festivals held in New York City, Chicago, Washington DC, and Paris, France.

Commenting on the line up of ADIFF Chicago 2019, film critic Kathleen Sachs of the Chicago Readers wrote: “The films in the 17th Annual African Diaspora International Film Festival – Chicago do what much media and even the public school system fail to do: educate. Through robust programming that gives meaning to the word “diverse,” the selections in this year’s festival illuminate the experiences of those living in the African diaspora around the world. The New York-based husband-and-wife programmers, Reinaldo Barroso-Spech and Diarah N’Daw-Spech, have chosen more than a dozen films that, through a variety of modes and genres, further dimensionalize already complex issues specific to those living in these communities. Naturally, documentary lends itself to this mission, though several narrative features and a short fiction add to the plenitude of information.”