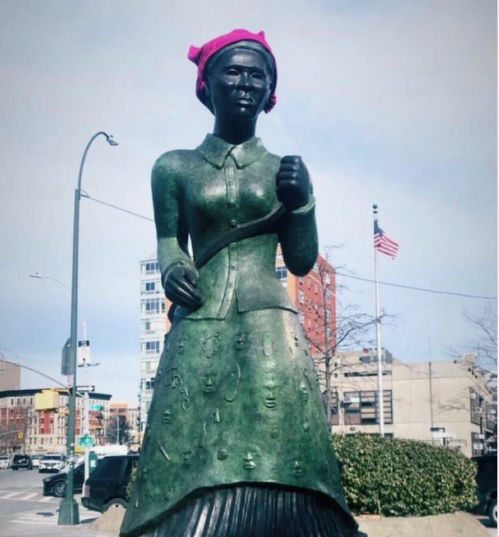 The Committees on Women, Parks, and Recreation, and Cultural Affairs, chaired by Council Members Helen Rosenthal, Barry Grodenchik, and Jimmy Van Bramer,respectively, will hold an oversight hearing Monday examining the lack of gender and cultural diversity in monuments located in city parks.

According to the Parks Department, the monuments and permanent art collection in New York City’s parks constitute the “greatest public art museum in the United States.” But a vast gender disparity is found in the city’s honorific structures. Of the roughly 1,000 monuments in our public parks, just five statues honor women.

In Central Park, for example, 23 statues celebrate male historical figures, while the only human female representation is the fictional character Alice from the C.S. Lewis novel Alice In Wonderland.

Equally striking, the only monument in a New York City park honoring a woman of color is a statue of Harriet Tubman, located at West 122nd Street and St. Nicholas Avenue in Harlem, NY.

Monday’s hearing is intended to spur the ongoing conversation between the City, the public arts community and New Yorkers, about how the incredible diversity found in our history can be better reflected by our public monuments.

As part of this, the three committees will seek to understand how the recent Mayoral Advisory Commission on City Art, Monuments, and Markers, CreateNYC (the city’s first cultural plan), and She Built NYC and other initiatives of the Department of Cultural Affairs, can all help to significantly expand the scope of our monuments and statues.

The hearing can be watched live here.