Addictive Traits May Help Someone To Become A Great Entrepreneur 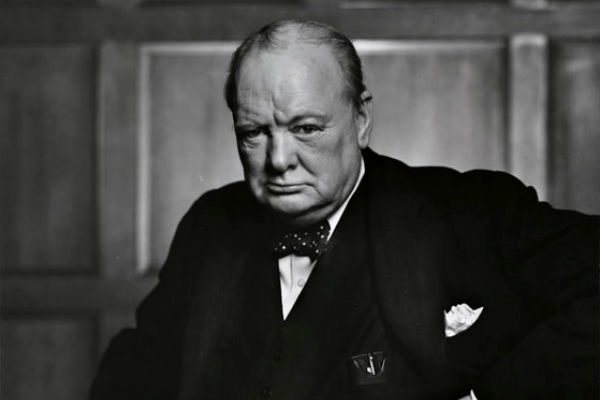 What aspects of personality do drug addicts and businessmen share?

We are used to thinking of addicts as weak-willed losers, and of entrepreneurs and chief executives as disciplined and courageous people. But sometimes leadership and addiction go hand in hand.

In fact, some prominent historical figures abused alcohol, drugs, or other substances. A French poet Charles Baudelaire smoked hashish and opium. An English writer and philosopher Aldous Huxley drank alcohol and took LSD. An outstanding scientist Sigmund Freud was addicted to cocaine. People of power from Alexander the Great and Otto von Bismarck to Winston Churchill were known to be heavy drinkers.

What are the common features of addicts and entrepreneurs?

Indeed, some of the mentioned people would become clients of luxury rehabs (more info here), if such existed at that time. What about modern time? Can people who are or were addicted to alcohol, some type of drugs, or gambling be successful businessmen?

Believe it or not, the same traits that can make you an addict can also make you an entrepreneur. And there are three of them:

1. A penchant for risk-taking.

Kerry Packer was an Australian based media tycoon that is known for establishing the World Series Cricket. But he is mostly remembered as an inveterate gambler. He won and lost millions of dollars. But that didn’t affect the “Packer Empire”.

Indeed, gambling addicts who like the thrill of taking risks are often extraordinarily effective in the workplace. To be more specific, the ability to take calculated risks is what separates good entrepreneurs from bad ones.

A wise entrepreneur, like a cold-blooded gambler, knows when to take a risk and when to stay out of the game.  When he sees an opportunity, he places a bet. The bet is his capital, time, and other resources.

In 2004, Paul English quit his job at a venture capital firm Greylock and started working as chief technology officer for the new search website Kayak. Now, this site is at a $1.8 billion valuation. He ventured and won.

Novelty-seeking is a trait long associated with trouble. Researchers linked it to compulsive spending and gambling, alcoholism, drug abuse and criminal behavior. But the psychological portrait of a compelling leader also includes a hunger for innovation, an enthusiasm to challenge established ideas and practices.

Tech innovators Bill Gates and Steve Jobs had experimented with LSD. Jobs described taking LSD as a profound experience that helped him clarify the most important goals – “creating great things instead of making money, putting things back into the stream of history and of human consciousness.”

Admittedly, novelty-seeking behavior is sometimes manifested in both negative and positive ways. Many people of creative professions, like writers, artists, and musicians, were prone to use addictive substances, claiming that this boosted their creativity. Don’t be misled! Regular use of substances is a slippery slope. It has ruined the lives of millions of people.

Both addictive personalities and successful leaders have obsessive personality traits. Obsession is a strong power. And depending on the subject a person directs it to, the results are either destructive (in case of addiction) or fruitful (in case of entrepreneurship).

Michael Moritz, the billionaire chairman of Sequoia Capital (an investor in Google, Yahoo, PayPal and Airbnb) believes that “The people who do remarkable things, whether it’s for a soccer club or creating and building a business, tend to be obsessed by what they are working on.”

A UFC star Conor McGregor tells that this trait stands behind his achievement: “I am not talented; I am obsessed.”

Obsession is called an entrepreneurial fuel. It harnesses your focus and energy, gives courage, and creates a passion for improvement.

People who are fully engaged in their deal avoid rash decisions. They are conscious of their business steps. A complete and total obsession with the product is key to high sales. Thus, obsessive personality traits can make people very effective in the workplace.

If you are a happy owner of these three assets – compulsive risk-taking, novelty-seeking behavior, and obsessive personality traits, know that you can use them as a driving force for your startup or small business. These traits will help you find solutions where others are not looking for them. You will always be looking for innovative ways to do conventional things. And you will move further in spite of the mistakes and challenges if you are really obsessed with your business goals.

How not to fall in the trap of addiction if you’re prone to substance use or gambling?

While the above-listed traits can help you become successful in entrepreneurship, they can make you more likely to abuse alcohol or drugs, or engage you in gambling. If you already noticed increased cravings for something, you should prevent the possible destructive effects.

There are two ways of dealing with this problem:

1) Visiting a doctor or substance abuse expert who checks the patient’s condition and either prescribes some medication or recommends more intense treatment at rehab.

2) Going to a rehabilitation center. Businessmen usually don’t like the very idea of going to rehab because of the facilities they see as non-satisfying. That’s not the case with luxury rehab facilities. They provide comfortable accommodation that allows clients to get treatment while living in a place similar to an all-inclusive vacation resort.

Luxury rehabilitation centers are usually situated in beautiful natural surroundings, for example, near the mountains, forests, or the sea. They have high-skilled staff and provide all the best medicines.

But aside from picturesque and comfortable conditions and individualized professional treatment, each luxury rehab center offers the guarantee of confidentiality, which is especially important for people who hold the positions in the eye of the public.

As you can see, even the entrepreneurs you admire have the traits that are also common to addicted people. Be honest with yourself, and try to find them in yourself. Otherwise, how will you build a business from scratch without taking risks, searching for innovative approaches and being obsessed with your goals?!

John Adkins is a blogger and volunteer who deals with issues of mental health, addiction, and life in recovery. Also, he works with a foundation that helps drug addicts, so he has a clear understanding of their needs and problems.