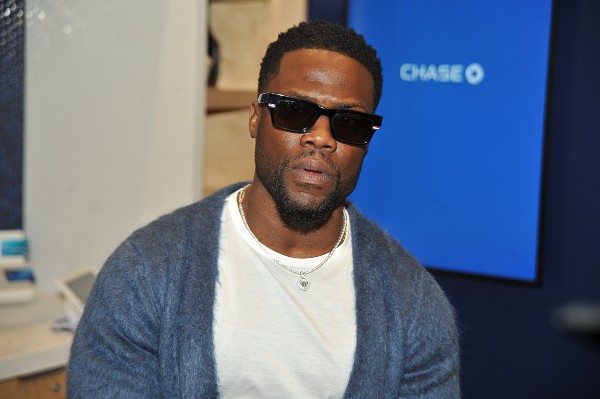 Actor, Comedian, Entrepreneur and Investor, Kevin Hart, made an appearance at The Financial Health and Leadership Forum: Hart of It All chat. The event was a part of the JP Morgan Chase Advancing Black Pathways initiative.  Rob Scott, JP Morgan Chase, Northeast Division Director for Chase Community & Business Development, was the moderator for the chat which took place at Chase Bank, 55 West 125th Street on November 4, 2021. 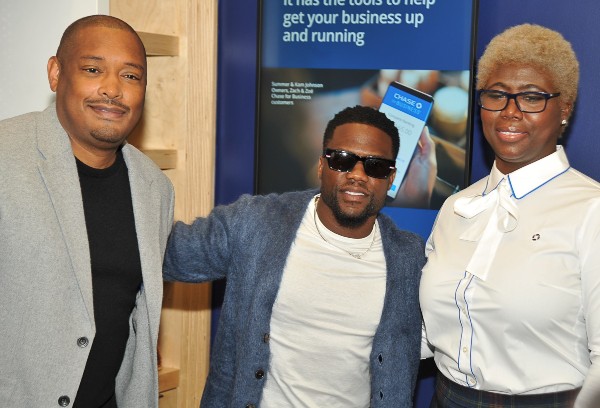 Rob Scott and Nichol King, JP Morgan Chase Community Manager VP, kicked off the day with a warm welcome and ice-breaker activity for student mentees of the initiative.  Participants, from Brooklyn to Queens to the Bronx, shared their individual areas of academic pursuit and long-term career goals with their peers.  Finance, psychology, economics and marketing are some of the areas of study that were chosen in the quest for academic success.  To warm up the room, the first icebreaker question of the day:  If you had the money to make a big purchase right now, what would you buy?  A house, car, second home as well as buying products to support the community topped the wish list.

Of course, not in need of an introduction, Kevin Hart walked in and unsurprisingly received an overwhelming response of excitement before he began sharing tips and information surrounding his key message:  Knowledge

A native of Philly, Kevin’s journey began with childhood memories of financial hardships that continued into adulthood.  He first started working when he was younger.  When he knew a check was coming, he already was thinking about what he was going to do with that check.  “Oh my god – check will be here Tuesday.  Wednesday I’m going to get the Jay’s, I’m going to get the t shirt and get the shorts to match!  I was burning through money”, Kevin said. 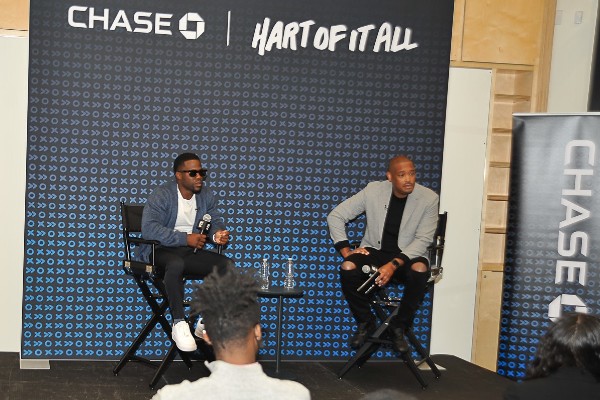 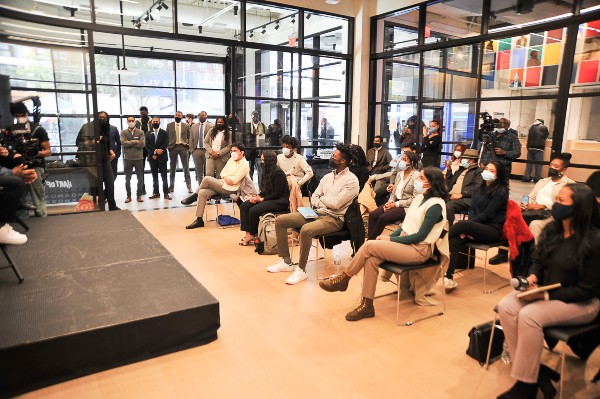 Kevin inspired students with the advice he would give to himself if he could go back 20 years.  Find the knowledge.  Find the information.  This is most important.  A lot of financial knowledge that he has now was discovered because of relationships he developed, over the years, with people that had the knowledge.  He encouraged students to learn from their mistakes.  In fact, the biggest mistakes he ever made gave him the opportunity to be financially fit because of the knowledge he acquired.

Reaping the rewards of their father’s knowledge, Kevin engages in dialogue when he educates his children.  Dialogue is very important when it comes to understanding.  When he talks to his kids, it is his goal to make sure they have a wealth of knowledge. Preparing them to take steps towards the direction of success, with knowledge and information, his children will be able to find their way.  He is happy he can share what he has discovered for himself with his children as well as with students at the financial health and leadership chat.

Kevin’s personal financial recipe for success?  Figure out how much money you can put to the side?  How much is for the government, and how much is for my bills.  He breaks his money up into 4 quarters.  Two-quarters for the government, ¼ to the side and ¼ to live off. Money under the mattress is no good.  Money sitting in the bank is no good either.  Money should be invested.  Let money work for you.

Generational wealth is one of the best things since sliced bread.  Look at hotels, banks, and buildings with names on the top?  You can change the narrative around your last name.  Some are born into it but that first person who knocked the ball out of the park started everything.  They just kept going.

Once you succeed, there’s no rule that says that you have to stop.  Keep going. 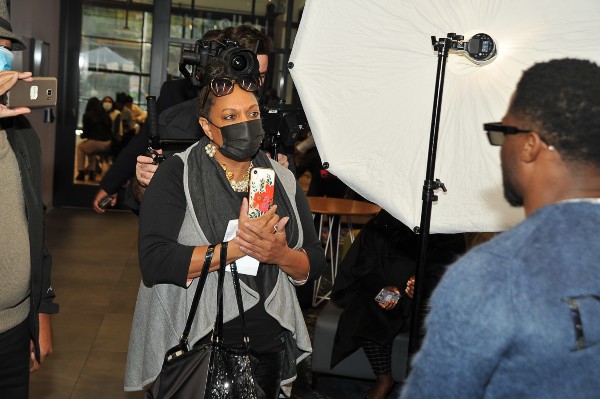 CC Minton:  From a financial perspective in terms of gaining knowledge, did you start googling online or did someone give you an advisor?

Kevin Hart:  I had a business manager when money first came in and they acted as my financial advisor.  And what I found was it was basically somebody doing everything for you and you have no knowledge of what’s being done.  So, what was presented to me to be good actually ended up being the worst thing ever because I ended up with a bunch of financial woes and not knowing how to handle and operate.  So, because of that mistake, I then took my finances and I said I need to learn or figure out before I put myself in someone else’s hands and I don’t know what’s going on and what they’re doing.

So, with the help of people that I asked questions and I found knowledge and gained information that I felt was good.  I waited until the time was right for me to find another person that I could take on and use as a financial advisor but instead of having them in the office I put them into my world.  So, I took a person out of the space where they worked and hired them so that I could be with them on a day-to-day and actually manage my money in person; in real-time.  So, it’s not as if somebody is handling things on your behalf, you have no awareness of it at all.  You’re right there.

CC Minton:  So, you took control of the situation?

Kevin Hart:  Yes, took control when I had no control.  I had no idea.  So, I had to learn and figure out where the ins and outs were.

CC Minton:  In terms of your journey with fitness.  How do you determine which companies you’d like to invest in based on your own passions?

Related:  Premier One Bedroom Duplex For Sale In Harlem

They have to fit my lifestyle. If it doesn’t fit my lifestyle then it can’t have my voice.  If I can’t be a part of the world that this product is attached to or in on a day to day, I don’t see how I can bring value to it.  Ultimately when you’re investing in something the goal is to bring value, to raise awareness within a brand, and get the brand to a point where it is not only profitable but on the bigger stages around the globe.  And if and when it gets there, does it get acquired?  Does it sell or what are the next stages?  It’s all about bringing value.

CC Minton:  Before you go, what is the name of your angel investor firm?

JP Morgan Chase Advancing Black Pathways initiative provides a mentoring program for undergraduate students.  Selected students have been paired with mentors that are 3-5 years out of college and are currently working in the fields of finance, business development, marketing, public relations, and human resources.  Many of the mentors and mentees identify as BIPOC and first-generation.

CC Minton is the Founder of I Love Beautiful Spaces. She is an award-winning lifestyle advocate, celebrity interviewer, social impact exec turned real estate pro. She began her journey in the kitchen of her home and created a path that led her to one of the most beautiful homes – The White House.  It’s where she covered Former First Lady Michelle Obama’s White House Kids’ State Dinner. CC is a member of the Board of Trustees at Friends of Thomas Edison National Historical Park and residence Glenmont.