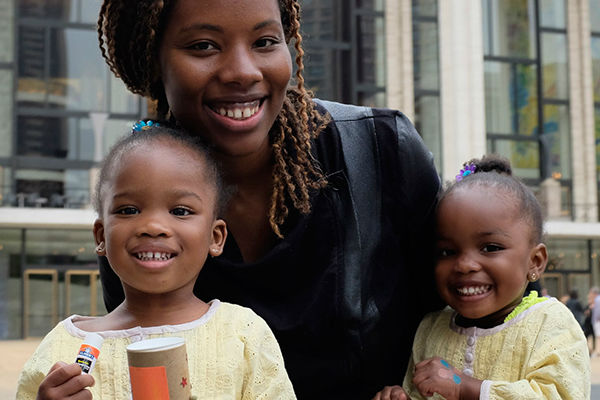 The agenda strives to dismantle a system deeply rooted in racist policies, practices, and attitudes that harm Black and Indigenous people of color.

Through the Systemic Equality agenda, the ACLU will advance key policies to address this country’s legacy of racism and systemic discrimination and build a more equitable America for all.

The organization will work with allies to use all of the necessary levers of government — including the legislative and legal process at all levels — to ensure that the Constitution’s promises apply to all.

The Systemic Equality agenda will build on the ACLU’s seminal racial justice work over the decades—from the Scottsboro Boys to Loving v. Virginia to campaigns to end driving while Black or Brown to challenging racial bias in facial recognition technologies.

“Four years ago, we pledged our full firepower to stop the Trump administration’s unlawful and unconstitutional policies from taking hold. Today, we’re recommitting our resources to transform our country’s history of systemic racism into a future of systemic equality,” said ACLU Executive Director Anthony D. Romero. “We are not alone in recognizing that America is long overdue for a reckoning, a third and final Reconstruction. But we are committed to using our nationwide network of litigators, advocates, and supporters, the strongest ACLU we have ever known, to dismantle white supremacy. Whether it is voter suppression, inequitable broadband access, or the racial wealth gap, we are clear that ‘we the people’ must truly include all of us.”

The Systemic Equality agenda includes specific policy asks of the Biden-Harris administration and Congress that will advance societal equity for and empower the civic participation of Black and Indigenous people of color, close the racial wealth gap, and seek reconciliation for our racist past.

The ACLU outlined its agenda with the Biden-Harris administration in a letter to President Biden.

To introduce the Systemic Equality agenda to its 1.7 million members, the organization will host a virtual livestream town hall on February 11, 2021, featuring advocates across the country, followed by action sessions over the next few months to mobilize supporters and volunteers.

As a part of the Systemic Equality legal strategy, ACLU litigators will seek to end algorithmic bias and promote equity in artificial intelligence; strike down laws that criminalize the discipline of Black and Brown students; address barriers to reentry such as housing and education access for returning citizens; and tackle redistricting.

“If you want to secure racial justice in America, you must prioritize the South,”

The ACLU is also significantly investing in building organizing, advocacy and legal power in the South — a region where a majority of Black Americans live. “If you want to secure racial justice in America, you must prioritize the South,” said Romero.

The ACLU has 165 full-time staff in Southern affiliates whose combined budgets exceed $26.9 million. Through this initiative, the ACLU will direct an additional $10 million over the next two years to grow the Southern affiliates’ work on strengthening voting rights and democracy, ensuring reproductive justice in Black and Brown communities, and fighting for reparations.

The ACLU has 165 full-time staff in Southern affiliates whose combined budgets exceed $26.9 million. Through this initiative, the ACLU will direct an additional $10 million over the next two years to grow the Southern affiliates’ work on strengthening voting rights and democracy, ensuring reproductive justice in Black and Brown communities, and fighting for reparations.

In addition, the ACLU is making internal commitments to equity, diversity, inclusion and belonging. The organization will hire Black-owned and Black-led contractors and consultants, and invest in Black-owned financial institutions and businesses.

“As we start our new century as an organization that is committed to civil rights and civil liberties, we must redouble our efforts to challenge economic, social, and government policies that promote oppression and inequality,” said ACLU National Board President Deborah Archer. “If we want a future free from the Systemic Equality that has defined our history, we will need an ambitious, nationwide, and holistic agenda to confront the policies that conspire to keep us from that future. We are proud to join other racial justice organizations to build a better America.”

For more than 100 years, the ACLU has worked in courts, legislatures, and communities to protect the constitutional rights of all people.

With a nationwide network of offices and millions of members and supporters, the ACLU takes on the toughest civil liberties fights in pursuit of liberty and justice for all. 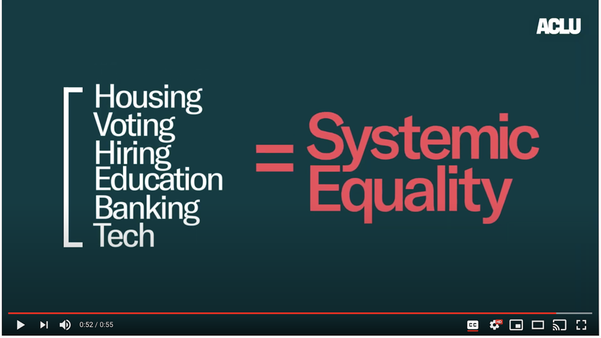