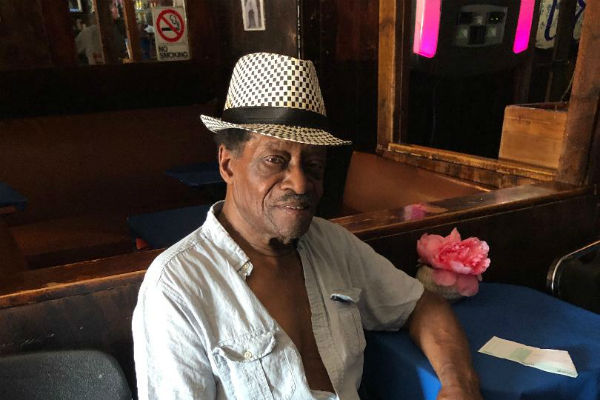 Walking into Paris Blues is like entering a time warp, it turns out it actually is. Samuel Hargress Jr., 83, opened the Harlem blues and jazz club in 1969 and it hasn’t changed since.

Everything around it, however, has. While most of his black business owner neighbors have been pushed or bought out, Sam and Paris Blues have remained.

. He lives on the second floor and cooks the chicken that is served for free downstairs. Sam stands in the doorway of Paris Blues almost every night, dressed in a dazzling suit and a hat from his collection of 46. 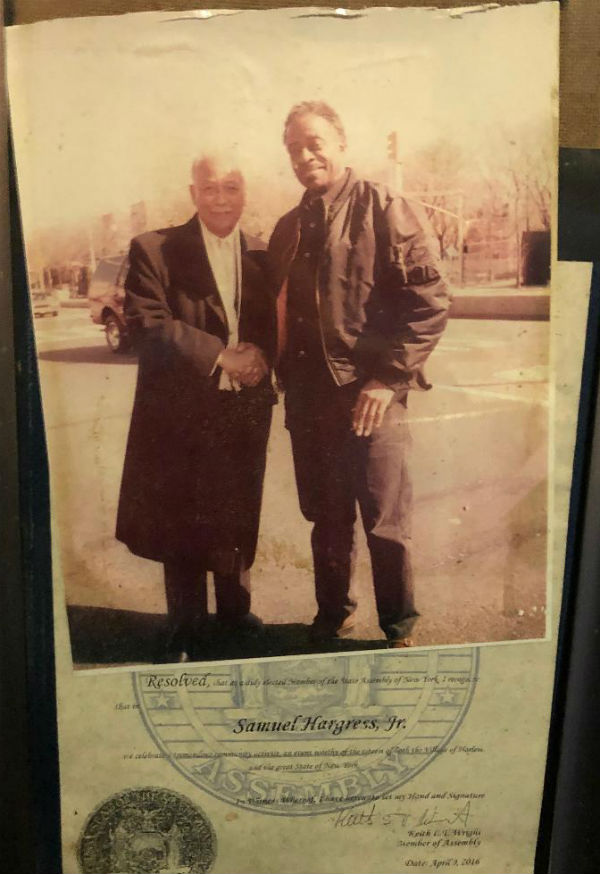 He smiles, greets each person with the same friendly hello and handshake, instantly making you feel you are not only welcome but a local. 70 percent of Sam’s clientele, however, is far from locals– they are tourists, stopping through after reading the thumbs-up Yelp review.

Relics of Harlem’s past still remain. There is the Apollo Theatre, of course, but institutions like the Lenox Lounge have closed down due to spikes in rent.

Paris Blues and other black-owned businesses in Harlem give the neighborhood the cultural identity that remains precious to its black population, but these businesses have also taken on a new role—they are the places that have become ‘interesting’ to white people. Tourist groups roam the streets of Harlem, gawking at the brownstones that once housed the Harlem Renaissance

Type ‘Harlem’ into Google and the following top related searches appear: “Is Harlem still dangerous? Why is Harlem called Harlem? Is Harlem in Manhattan safe? What percentage of Harlem is black?” These searches are emblematic of the transition and contradictions that Harlem embodies. The iconic neighborhood is a haven for black culture and history, while also a destination for white New Yorkers and tourists, alike.

Paris Blues has survived the war on drugs and a wave of gentrification that has both destroyed and given rise to many other businesses in New York. It has given white wealthy people a “safe” way to come to the neighborhood, to discover and gentrify it.

A few years ago, Sam was offered $10 million for the building.

“I paid that person no mind,” he said.

Sam is committed to Paris Blues and his community. He has lived through eight Mayors, witnessed the riots after Dr. Martin Luther King’s assassination in 1968, and the blackouts of 1977. Sam’s contribution and dedication to Harlem throughout the past five decades has not gone unnoticed. 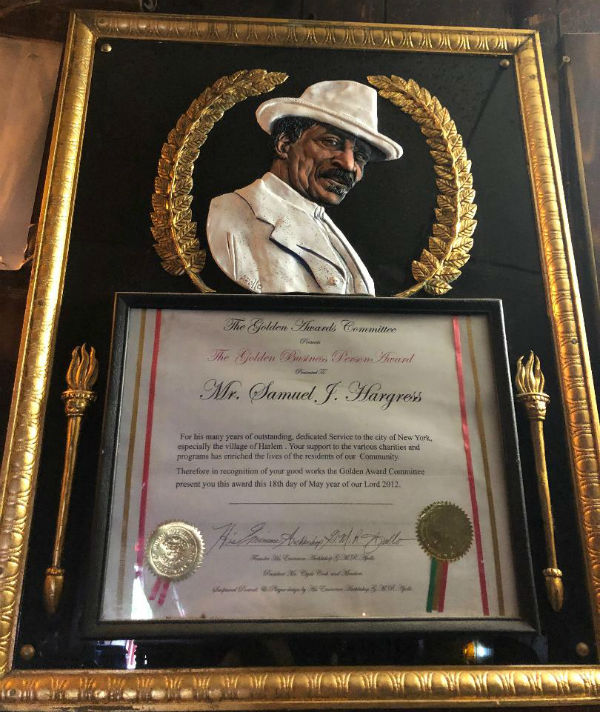 Hanging on the walls of Paris Blues

, among a series of other awards, signed letters and photos, is the Mayor’s Key from Bill De Blasio.

Sam comes from a family of music and entertainment. Born in Demopolis, Alabama, Sam grew up with three brothers, his mother, and father, who ran a ‘jukebox joint

.” It was through spending evenings at his father’s business that Sam fell in love with jazz and entertainment.

The name ‘Paris Blues’ is in remembrance of the Harlem Hellfighters

, a black infantry unit that liberated France in WWI, of which his grandfather was a part.

“Any black soldier who went abroad for the war came back and said they were treated so much better there than at home. So, I named Paris Blues after them and the music,” – Sam said.

Sam has a strict bedtime of 12 AM, at which time he listens to the sounds of the trombone and trumpet as he falls asleep. He leaves the bar to the care of Judith and Esther, sisters, who have been bartending at Paris Blues since they moved from the Dominican Republic to the Bronx 20 years ago. Sam’s son, Samuel Hargress III, will be taking over Paris Blues soon.

Mott & Bow Finding A Pair Of Jeans You Love

He is proud of what he has done, loves every person who walks through his door, and in a time when New York feels overrun by finance and tech millennials, when stainless steel apartments, Soul Cycle

, and house music seem to take preference over clawfoot bathtubs, regular old bike rides, and jazz, a timeless place that is a home for all is a beautiful one and a reminder that the old New York will always exist. Because as Sam would say, “a winner never quits.”

Olivia Heffernan is a journalist and documentary filmmaker. Her work focuses on labor organizing, immigration policy, prison abolition as well as the intersection of all three. She is a graduate of Columbia’s School of International and Public Affairs (SIPA). Olivia’s work has been featured in The Nation, Jacobin, The Marshall Project, The Appeal, NY Daily News, Brooklyn Eagle and more.