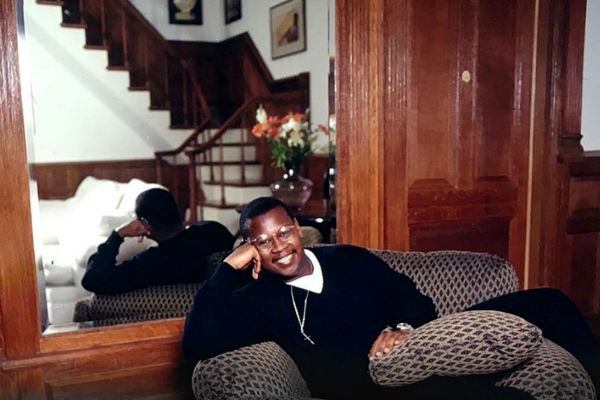 PT some of the entertainment, music, and fashion’s biggest stars will come together to memorialize one of the cultural architects for black media.

He is also the founder of Uptown Records, the late Andre Harrell also known endearingly by close family and friends as “Mr. Champagne and Bubbles.” Fans will be able to watch commercial-free on BET, BET Jams, BET Soul and REVOLT TV while streaming on all iONE digital brands, and on Fox Soul (www.foxsoul.tv) or via the Fox Soul App.

“There is a divine message when a soul as bright as Andre’s, Mr. Champagne & Bubbles, the official life of the party, chooses to transition during a time when so many people whose lives he touched so deeply, cannot get together to console each other, to share joy-filled stories, and to do the “hampty hamps” two-step in the name of his love,” says Credle. “This Tribute is our gift to Andre. When his day came, Andre said, “Listen, if they ain’t playing Frankie Beverly and Maze’s “Before I Let Go” at my funeral, guess what, I ain’t going.” He said, “I don’t want a funeral. I want a party”. Well, Andre, in the words of Frankie, “You made us happy, This you can bet, You stood right beside us, And we won’t forget.”

In partnership with BET and Jesse Collins Entertainment, Harrell announced late last year that the production of a 3-part miniseries on the rise of Uptown Records, which is slated for release in 2021.

“As a prolific leader, Andre Harrell was passionate about the betterment of the people around him, empowering and molding some of the biggest names today. His passing was a tremendous loss to the entertainment industry and the culture. I am forever grateful, humbled, and honored to have experienced his presence throughout my career. Working closely together over the past two years with him to tell his story through the upcoming Uptown Records Biopic is something I will truly cherish. He was a wonderful adviser, friend, and someone I consider family,” said Connie Orlando, EVP Specials, Music Programming & Music Strategy at BET.

As the Founder of Uptown Records, Andre launched the careers of Mary J. Blige, Heavy D and the Boyz, Jodeci, Al B. Sure, Anthony Hamilton, The Lost Boyz, Teddy Riley and Guy, while also mentoring the hip-hop mogul Sean “Diddy” Combs. By the end of 1994, Billboard Magazine ranked Uptown second amongst all the major labels for the number of charted R&B singles and fifth for R&B charted albums.

Known for his creative genius and keeping his hand on the pulse of the joyful side of black culture, while leading Uptown, Harrell expanded into television and film where he created, and executive produced the first multicultural major network television drama ever, “New York Undercover,” starring Malik Yoba, Michael DeLorenzo and Lauren Velez. He also created and executive produced two of the first films to star women of color, Strictly Business and Honey, where he cast both Halle Berry and Jessica Alba respectively, in their first leading roles in a major motion picture.

In 1995, Andre became the president and CEO of Motown Records, during which he oversaw the careers of Stevie Wonder, Diana Ross, and Queen Latifah. During this time, he also discovered and launched superstars 98 Degrees and Mario Winans. After leaving Motown, Andre became president of Bad Boy Records overseeing the careers of Puff Daddy, Faith Evans, 112, Carl Thomas, and more. 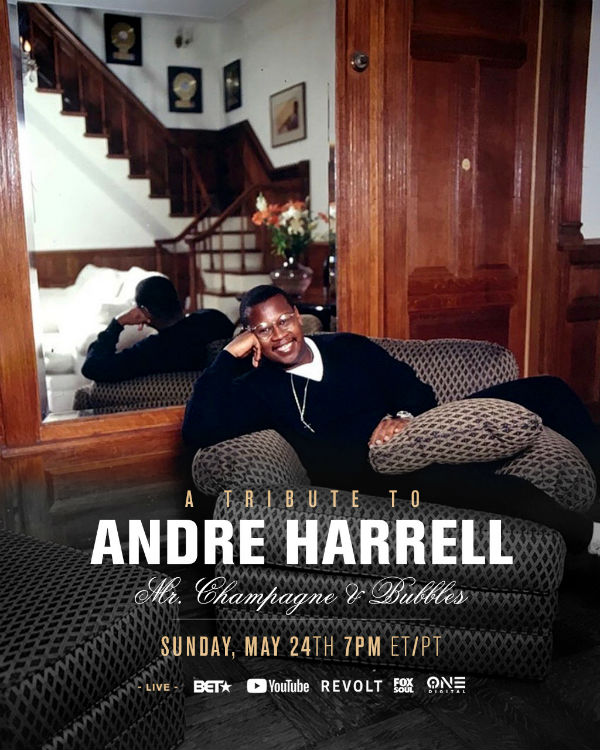 Leading with innovative philanthropy, in 1995 as the AIDS crisis was sweeping across the country, inspired by the death of rapper Eazy-E, Andre created and produced the benefit concert, Urban Aid 4 Lifebeat at Madison Square Garden televised on BET and MTV. He continued this work alongside Bono and Bobby Shriver by introducing the (RED) campaign for HIV/AIDs awareness to the urban market.

Andre founded Nu America Records and launched the career of one of today’s leading vocalists and chart-toppers, Robin Thicke. He executive produced the most significant single in the history of radio with Robin Thicke and Pharrell Williams’ “Blurred Lines” – the most played radio song in 2013.

Andre is survived by his brother Greg, his father Bernie, and his twenty-five-year-old son, Gianni, who he described as “his best friend.”

Editors note: His ability to bring artists together to make hits with a million-dollar smile will be missed.