A Rare Photograph Of Harlem Farmland At 5th Avenue NY 1858 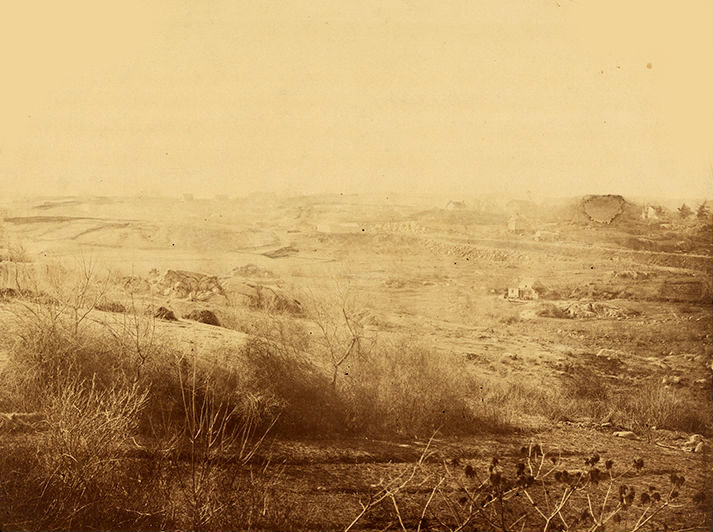 We love this image, we haven’t seen many photographs of Harlem’s farmland from the late 1860s, and even more so that Granger reports it’s “near 5th Avenue and 108th Street” (looking southwest). We see the farmland land for as long as we can see, with farmhouses spotted all throughout the landscape to the right.

The Urban omnibus reports that “the original boundaries of the park site were extended from 106th to 110th Street, to include the forts and the continued rugged terrain. Paths directed visitors to the fort sites which functioned as scenic overlooks, perpetuating their historic use as vantage points. They were and are still referred to by their historic names: Fort Clinton, Nutter’s Battery, and Fort Fish. Designers treated the remaining blockhouse as a folly and trained ivy to grow up its walls. Perched atop a massive outcrop, this was another noted overlook.”