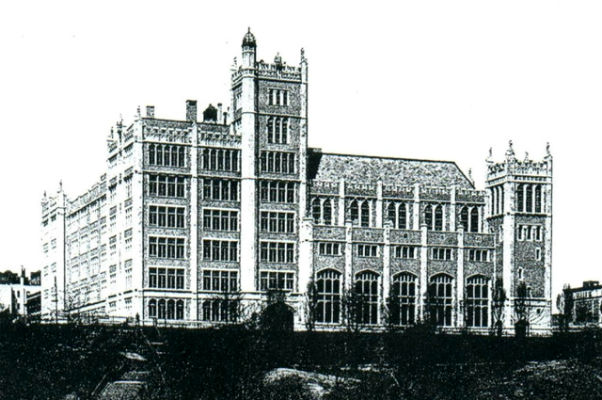 A. Philip Randolph Campus High School (APRCHS) celebrated its rich, historic legacy in New York City’s Harlem Community on Wednesday, November 20, 2019, at the Glen Harbour Island Club in New Rochelle. A. Philip Randolph High School is a beacon of academic excellence that has prepared thousands of mainly Black and Latino students for competitive colleges and universities as well as the successful careers that followed.

After several attempts to have the school closed, the school remains standing as the only historically black and brown high school in NYC. The Harlem High School has successfully beat the odds of closing though many other NYCDOE schools have faced challenges resulting in either unfortunate school closings or having to share space with new and smaller schools. With a dedicated Alumni Relations Director, graduates will be engaged and encouraged to help sustain and preserve the history and future of the historic Harlem landmark.

Since the late 90s, the school continues to see a regular daily attendance rate of 90% or better throughout the academic year and more than 90% of its graduates attend college. Just last year, the class of 2019 sent graduates to Dartmouth College and Harvard University. Over the past five years, Randolph graduates have won admission into Ivy League schools including the University of Pennsylvania and Cornell University and the nation’s most selective colleges and universities, including Bowdoin, Vassar, and Gettysburg.

APRCHS’ graduates most recognized nationally include USA Olympic Gold Medalist Natasha Hastings, (Class of 2004) as well as Actor and Rapper Mustafa Shakir (Class of `94), best known as “Bushmaster” in Marvel’s Luke Cage. Among alumni who are currently most engaged in ongoing initiatives supporting APRCHS are Stephanie Akunvabey, Ed.D,`03 (CUNY/Kingsborough, Director of Academic Affairs), Larry Scott Blackmon, `92 (Fresh Direct Vice President for Community and Government Affairs), and Jenny Tsang-Quinn, M.D. `89. While there are a multitude of alumni success stories that can serve as positive and inspirational examples to current and future students that will walk the same hallways, record keeping and lack of alumni engagement has created a disconnect with the school. 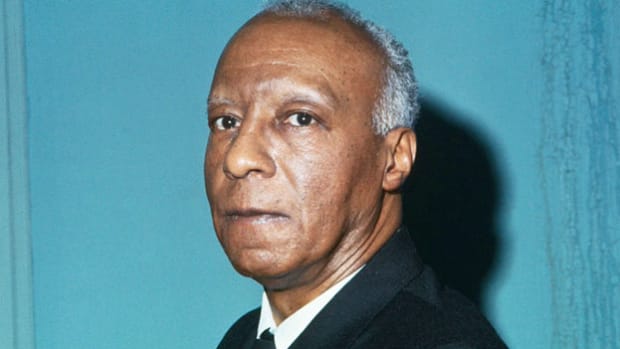 Together with non-profit organization Sound Business Inc. (SBI), APRCHS has become known as an “Inclusive Grassroots Cooperative” (IGC). On Wednesday, November 20, 2019, SBI hosted APRCHS’ 40th Anniversary Awards Benefit Dinner to help renew “Campus Cougar” pride, boost Alumni Engagement and bring awareness to the much needed historic preservation of the school. Located on the City College of New York (CCNY) campus in Harlem, the school’s Collegiate Gothic style was designed between 1924-1926 by William H. Gompert, Architect & Superintendent of School Buildings for the New York City Board of Education. In 1997, the historic building was designated by the New York City Landmarks Preservation Commission.

The benefit dinner included alumni raising funds for a new role, Alumni Relations Director. Officially launching as the school’s Alumni Organization, the future goal includes implementing a Board of Directors and advisors to help manage the vision of work, as well as the future commitment required of the initiatives that will come from this new role.

APRCHS occupies a building designed in the Collegiate Gothic style by William H. Gompert, Architect & Superintendent of School Buildings for the New York City Board of Education. Constructed from 1924 to 1926, the building opened for the New York Training School for Teachers, established in 1898 to provide elementary school teachers for the Board of Education. The Training School became the New York Teachers Training College in 1931, but a surplus of teachers during the Depression led to the dissolution of the school in 1933.

In 1936, Mayor Fiorello H. LaGuardia established the High School of Music & Art in the vacant facility, an event he described as “the most hopeful accomplishment” of his administration. The school was made up of three departments: Art, Instrumental Music, and Vocal Music. In 1984, Music & Art and its sister school, the High School of Performing Arts, were merged into a new school, the Fiorello H. LaGuardia High School of Music & Art and Performing Arts at a new building in the Lincoln Center area of Manhattan. In 1997, the building was designated by the New York City Landmarks Preservation Commission.

In the case of APRCHS, SBI focused on academic enrichment, comprehensive college access services, theatre production and performing arts, all aimed at preparing students socio-culturally and academically for post-secondary education and career opportunities. SBI has, over the years, designed customized programs and improved access to four-year institutions for Black and Latino students at APRCHS. A case study conducted by Dr. Stephanie Akunvabey, is the first formal investigation of SBI, providing an in-depth look at the relationship between an in-house non-profit organization and a NYC public high school. The program’s ability to address the socio-cultural and attitudinal needs of students has ultimately improved college access.