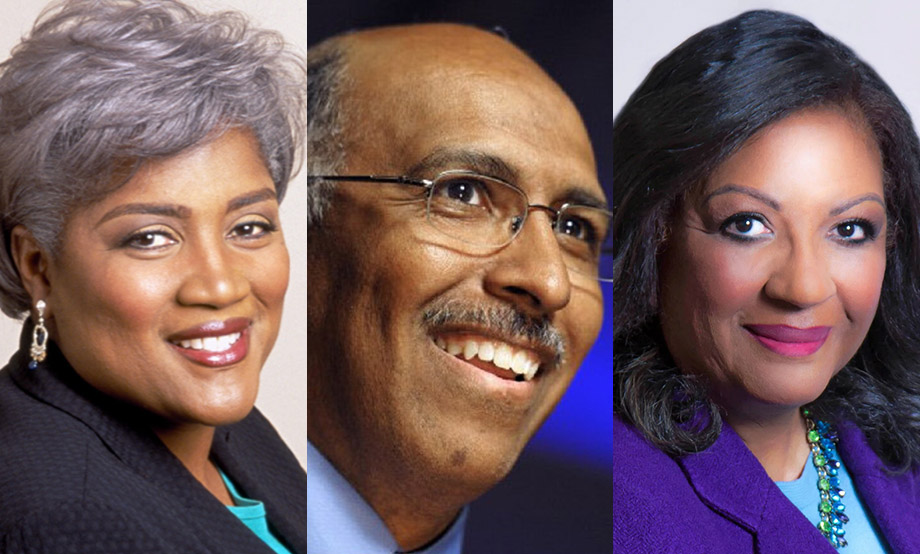 This special conversation will be guided by former CBS News Correspondent and author, Jacqueline Adams.

This is Donna Brazile and Michael Steele’s second event for Common Ground Committee.

They last had a Common Ground conversation in 2018, finding consensus about the government’s role in bridging racial divides.

“At a time when division is at an all-time high and with the midterm elections approaching, we desperately need to find common ground on elections and rebuild Americans’ faith in our democratic systems,” said Bruce Bond, co-founder and CEO of CGC. “We are grateful that Michael and Donna are taking the time to share their expertise with us all. By the end of the evening, we hope attendees will see where there is agreement from the left and right on election reform, and that we will all be able to advocate for a less polarized approach, where we are united—not divided—as Americans.”

The virtual event is co-presented by the Newmark Civic Life Series, which is a part of 92NY’s Belfer Center for Innovation & Social Impact, and the Common Ground Committee, whose mission it is to bring healing to the challenges of incivility and polarization in American politics. It is hosted by 92nd Street Y, New York.

“We could not be more excited to host this vital conversation with Common Ground Committee,” said Rebekah Shrestha, SVP, 92NY’s Belfer Center for Innovation & Social Impact. “Free and fair elections are at the cornerstone of our democracy, yet many Americans feel disenfranchised about their ability to cast a ballot. We look forward to hearing Michael’s and Donna’s insights on how we can address these issues and find a path forward.” The Belfer Center is devoted to working that bridges divide and increases civic engagement. Through grassroots, global initiatives, leadership programs, and civic movements, the Belfer Center has created a vibrant worldwide community built around big ideas and doing good with the Newmark Civic Life Series, Ben Franklin Circles, and the newly-launched Share Our America program.

Details can be found here.

Following the event, participants will be invited to join the effort to combat polarization by signing up for the Unify Challenge, a guided video conversation with another American who may vote differently, encouraging all of us to help close our national divide.

This will occur on June 15, 2022, at 7 PM ET and is a part of the nonprofit grassroots organization, Unify America. Register here.

Since its founding in 2009, CGC has held 15 public forums featuring panelists who have reached over 200 points of consensus.

CGC produces the “Let’s Find Common Ground” podcast series, which has had over 100 thousand downloads.

CGC also created the Common Ground Scorecard, a voting tool that scores politicians and candidates for public office on their likelihood to find common ground with the opposite party.

Free of political agenda and financial influence, CGC has a singular focus on bringing light, not heat, to public discourse.

The 92nd Street Y, New York (92NY) is a world-class center for the arts and innovation, a convener of ideas, and an incubator for creativity.

The 92nd Street Y, New York is transforming the way people share ideas and translate them into action all over the world.

All of 92NY’s programming is built on a foundation of Jewish values, including the capacity of civil dialogue to change minds; the potential of education and the arts to change lives; and a commitment to welcoming and serving people of all ages, races, religions, and ethnicities.