A New Book On The “Coal, War & Love,” Of The Amazing Harlem Hellfighters 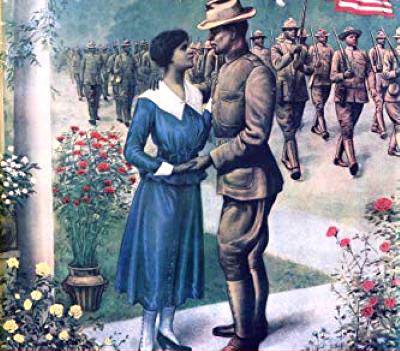 Emerging author, activist, and educator Rudean Leinaeng long desired to tell the compelling historical love story of her grandparents, as well as chronicle the lives of African-Americans in early 20th century New York. She gathered the stories about the Harlem Hellfighters

and the Great War, told over the years by her father Albert Johnson, Jr. and sifted through interviews of her father conducted by son Thomas Allen Harris. These collective experiences appear in her first book, Coal, War & Love

. The paperback can be purchased through the author’s website, www.tulipbudpress.com. Both the Kindle edition and paperback are now available on Amazon.com, Coal, War & Love: A Novel.

9/19: Save Up to 75% Off Activities, Beauty, Restaurants, Apparel & Accessories, Tech with Living Social

In the early 1900s, Leinaeng’s grandfather, Al Johnson, Sr., is 29 years old when he meets the woman of his dreams, 19-year-old Evie Ashton. After a whirlwind courtship, they marry, but Evie is used to a certain lifestyle that Al labors to provide by shoveling coal. Through a myriad of struggles, Al and Evie fight for survival, not only for their family, but also for the life they have built together. These battles include prejudice in employment, economic hardships that force Al Johnson, Sr. to join the 369th regiment (a/k/a Harlem Hellfighters) and face the terrors of the Great War, in addition to the Spanish influenza epidemic of 1918.

, and BET’s Finding Justice, “Rudean Leinaeng has produced a novel that mines her family history and through it takes us on a journey back to the late 19th and early 20th centuries, through Cape Town, Madagascar and back to an intimate New York table where tales of courtship and post chattel slavery are told over cinnamon scones. Leinaeng is an active listener all along, an invaluable skill when raising ancestors whose stories need sharing.”

Born and raised in New York City, Rudean Leinaeng received a BA degree in Chemistry from Hunter College and an MS from New York University. She was a professor at Bronx Community College where she taught for 30 years. During the 1970s, Leinaeng lived in Dar es Salaam, Tanzania for two years with sons Lyle and Thomas. After participating in the struggle for a free South Africa during the 1980s as a member of Women for Racial and Economic Equality, she and her husband Pule Leinaeng, an African National Congress activist, took up residence in Bloemfontein, South Africa. In 2002, she co-produced the acclaimed documentary film, Twelve Disciples of Nelson Mandela

, and in 2012, she was inducted into the Hunter College Hall of Fame for her activism and leadership.