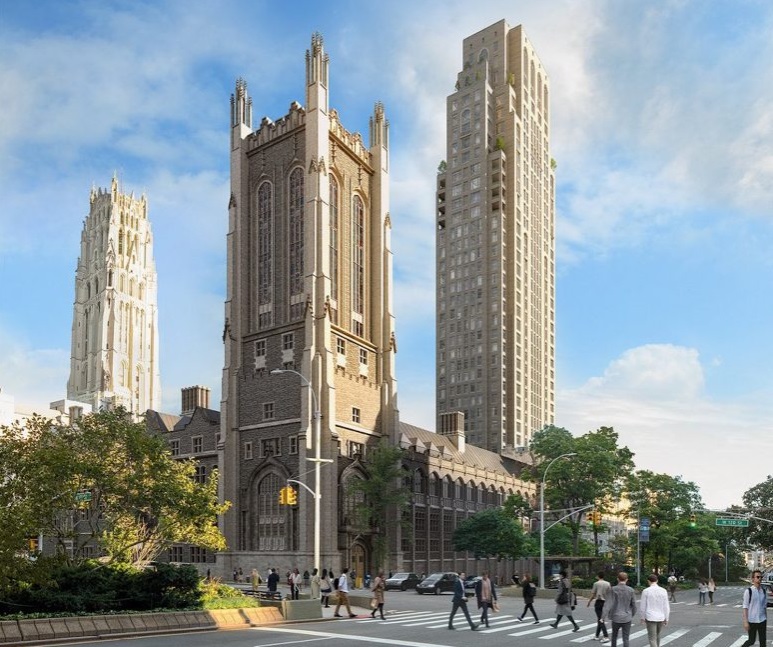 The first official rendering surfaced in the YIMBY Forums of the 42-story mixed-use condominium building coming to 3041 Broadway in Morningside Heights in Harlem.

Also known as 100 Claremont Avenue, the tower is designed by Robert A. M. Stern Architects and will contain a mix of private residences and institutional space that includes offices, faculty housing, and classrooms.

Located between West 120th and 122nd Streets, the new structure will rise adjacent to the historic Union Theological Seminary complex. 3041 Broadway is being developed by L&M Development Partners and Lendlease, with SLCE Architects as the architect of record.

The rendering reveals a mostly uniform exterior with several setbacks near the top stories for what appears to be private terraces. There are also a few balconies along the corners of the tower’s upper floors.

The building looks to be clad in the light-colored limestone that has become a signature of the architect’s style.

Given the height of the structure, residents will have views of the George Washington Bridge to the north, the Hudson River to the west, and the Midtown skyline to the south.