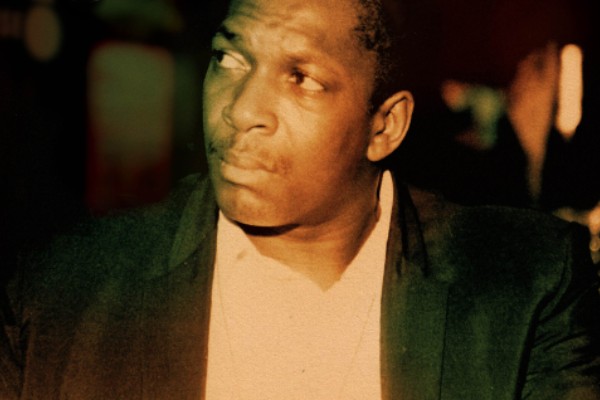 After nearly six decades, a private recording of a rare, nightclub performance by John Coltrane of his magnum opus, A Love Supreme, is now available via Impulse! Records/UMe.

Recorded in late 1965 on the culminating evening of a historic week-long run at The Penthouse in Seattle, A Love Supreme: Live In Seattle is a musical revelation of historic importance, capturing Coltrane as he began to expand his classic quartet—adding Pharoah Sanders on second saxophone and Donald Garrett on second bass—and catapulting him into the intense, spiritually focused final phase of his career.

The album is available now to stream, download and for purchase on CD and vinyl as a double LP here.

Yesterday, NPR Music brought together WBGO’s Nate Chinen, renowned musicians, saxophonist Branford Marsalis and harpist Brandee Younger, along with fans around the world, to discuss the album in an engrossing live conversation as part of their Listening Party series.

The discussion is available to view here.

Hailed by the New York Times as “a landmark discovery” and “as significant an event in jazz-historical terms as any archival gem unearthed in the last decade or more” by NPR’s Morning Edition, A Love Supreme: Live In Seattle has received stellar reviews from around the globe with Uncut bestowing the album with a perfect 10 and calling it “archival jazz gold… a spacious and uplifting take on Coltrane’s masterpiece,” and UK’s The Guardian and Italy’s Buscadero awarding the record five stars. Meanwhile, The Atlantic emphatically exclaimed that it “compels a new understanding of one of the most important and well-known jazz compositions of all time.”

The significance of A Love Supreme: Live In Seattle is heightened by the fact that Coltrane seldom performed his four-part suite after originally recording it in the studio in 1964. Composed and created as a public declaration of his personal spiritual beliefs and universalist sentiment, it became a best-seller and received a GRAMMY nod the next year. For more than six decades, it seemed the only recorded public performance of A Love Supreme took place at a French festival at Juan-Les-Pains in July 1965 and was released almost twenty years ago. The tape reels containing this performance from October 1965 sat in the private collection of Seattle saxophonist and educator Joe Brazil, heard by a few fortunate musicians and friends—and largely unknown until now.

A Love Supreme: Live In Seattle is a fascinating and rare performance of the full suite, marked by a looser and more improvisational approach, and an overriding sense of communal participation—much like a Sunday church service; the lineup featured John Coltrane and Pharoah Sanders on saxophones, McCoy Tyner on piano, Elvin Jones on drums, and Jimmy Garrison and Donald (Rafael) Garrett on basses. Carlos Ward, then a young saxophonist just getting started on the scene, sat in as well.

As music historian Ashley Kahn puts it in the liner notes, A Love Supreme: Live In Seattle “offers the first evidence of the master of spiritual expression performing his signature work in the close confines of a jazz club…on October 2, 1965, a Saturday, in Seattle, the necessary elements were in alignment: music, players, venue, a spirit of connection, a certain political charge. Coltrane chose to perform it, and significantly, the moment was recorded.”

Kahn’s extensive liner notes tell the story of A Love Supreme: Live In Seattle not only through the words of the musicians themselves, but also through a number of witnesses whose lives were changed by Coltrane’s visit to Seattle in 1965 (his sole visit to the city as a leader), including Brazil, Ward, and bassist David Friesen, who states: “I’ve always pursued the spiritual aspect of the music and I still do. I remember sitting with Coltrane during one break that week and…what touched me was the way he treated other people. He showed mercy and kindness to people from what I could see around me for the week that I was there.”

The music on A Love Supreme: Live In Seattle was recorded with a two-microphone set-up onstage, connected to an Ampex reel-to-reel machine, and the only copies of the tapes were well cared for, yielding a remarkably clear and distortion-free recording. “What’s remarkable is that tapes from this era often suffer over the years from heat or moisture damage, or simply being stacked horizontally,” writes engineer Kevin Reeves who restored and mastered this release. “However, these tapes are in excellent condition… and the results are among the best amateur recordings of John Coltrane we’ve had the pleasure to work on.”

The story of the A Love Supreme suite is the story of John Coltrane—his musical journey, and his spiritual path. It has become one of the most celebrated and influential recordings to come out of the jazz canon, revered and studied by musicians far beyond the jazz realm. Rolling Stone magazine consistently lists it among the top albums of all time. “Of his many musical creations, Coltrane looked upon A Love Supreme in a very special light,” Kahn notes in the liner notes to A Love Supreme: Live In Seattle. “He called A Love Supreme a ‘humble offering to the Divine; no other composition or recording was similarly offered nor did he append his signature to any other work. A Love Supreme was as much an individual testament as it was a public statement—a sermon of universalist belief.” A Love Supreme: Live In Seattle now expands the story of both a great musician and a timeless piece of music.

A Love Supreme: Live in Seattle

Recorded by Joe Brazil at The Penthouse, Seattle WA