A Harlem Church At Risk Of Demolition Sells For $16M 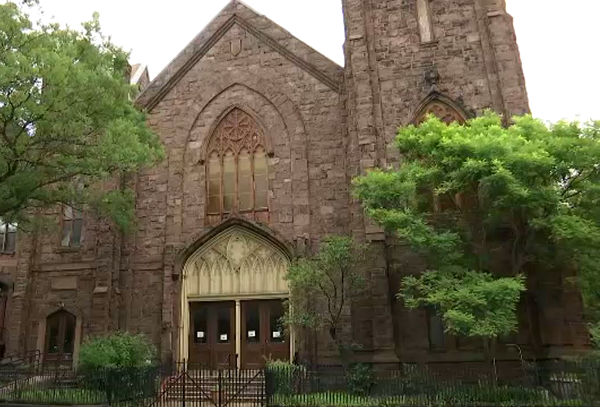 A historic Harlem church destined for demolition has changed hands for $16 million, according to reports and public real estate records.

The Metropolitan Community United Methodist Church sold its Madison Avenue church building and an adjacent commercial building on West 126th Street to an entity called 1975 Madison LLC in a deal that closed at the beginning of June, according to city records. Real estate publication The Real Deal identified Azimuth Development Group and Round Square Development as the companies behind the LLC.

The church filed demolition plans for its historic building with the city Department of Buildings in January. The 19th-century building had been deteriorating over the years and was not being used when plans were filed.

The church building is quite large and occupies three separate lots, which means its demolition will lead to the creation of a large vacant site ripe for development. Future plans for the site are unclear. Both Azimuth and Round Square did not respond to Patch’s request for comment.

Metropolitan Community United’s Rev. Richard Hayes told NY1 in 2018 that “band-aid” solutions to the church’s problems were not working, and that the church was pursuing a deal with developers that would allow them to keep the congregation in Harlem.

The Metropolitan Community United Methodist Church posted on its Facebook page in September 2018 that a portion of the church building’s ceiling had collapsed and that the foundation was not stable enough for repairs.

“The goal is to increase our capacity,” Hayes told NY1 in 2018. “The goal is to build a new facility that enables us to do new and enhanced ministries.”

Other congregations in Harlem have partnered with private developers to convert religious buildings into mixed-used developments in order to raise money needed to stay operational reports Patch.