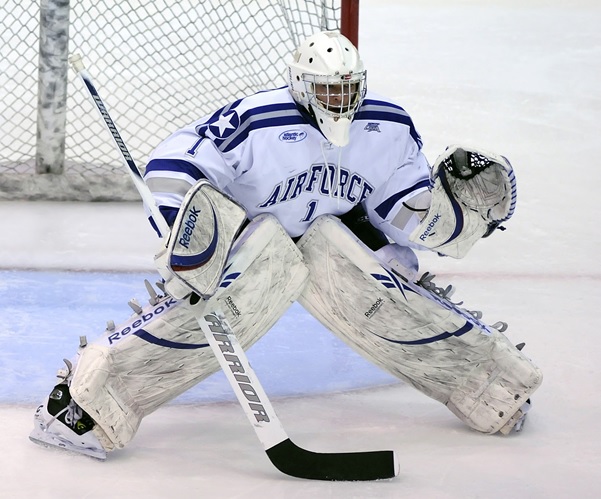 Colorado, the Centennial State. Known for its stunning Rocky Mountains, popular skiing resorts, breathtaking scenery, and Denver, the famous “Mile-High City”. But even though it doesn’t have quite the press as places like California or New York, Colorado also has a rich history in sports.

Little fun tidbit for you: Denver is the smallest city in the United States that boasts four major pro sports franchises. The NFL’s Broncos, baseball’s Rockies, The NHL’s Avalanche, and basketball’s Nuggets all call Colorado home. This reflects just how popular big league ball is in Colorado. Here’s the breakdown of the state’s sports history.

The American Basketball Association decided to award an expansion team to Kansas City. But wait a second, isn’t this about the Denver Nuggets? Right, so Kansas didn’t quite have the funds to welcome the team. And so the Denver Rockets were born. The Rockets played under the name until 1972, after which the team was sold and the name changed to the familiar Nuggets. Until this point, the franchise didn’t have the best reputation. Terrible play, not much buzz, and early playoff capitulation were common threads.

The NBA and ABA became a single league in 1976, which coincided with some decent basketball from the Nuggets. In fact, the 1980s were the first glory period, with the team boasting nine straight playoff appearances. While they weren’t exactly setting the league alight, the franchise was known as a solid member of the league. Nothing spectacular, but some very decent players: Alex English and Dan Issel are just a couple of the team’s legends.

The 1994 playoffs were a bit of a classic. Led by Dikembe Mutombo, the team upset the Seattle SuperSonics by beating them in the first round of the playoffs. The odds were stacked against the Nuggets. 8th seed, with no team ever causing an upset against the number 1 seed. 0-2 start to the best of five series. And then the miracle happened. Everyone can still see Deke on the floor after the Game 5 overtime win, clutching the basketball in sheer disbelief and joy.

As a serious underdog at +1400, it would have made the passionate Denver fan a small fortune. If only betting had been legal in the state back in 1994. Want to bet on your own Cinderella story since betting is now legal in Colorado? World Sports Network is known for its insightful Colorado sports advice and predictions to catch those upsets and stay on top of all the relevant action.

Let’s start with the National Pastime: Major League Baseball. While the Rockies are the current MLB team (more on them soon!), the Denver Bears were the first pro team to represent Colorado. The Denver Bears were essentially a AAA team, just one level under the majors. They acted as a minors team for a selection of MLB teams for over 30 years (1955-1983), although the team does have its roots in the early 1900s.

Things really started moving in 1984, when Bears became the Zephyrs. Baseball obsession had well and truly arrived in Colorado once the move was made. In 1991, MLB decided to award one of the expansion teams: the Colorado Rockies. The team now plays in Coor Field, after moving there from the iconic Mile High Stadium.

Even though the Rockies were an expansion team, the fans were there from day 1. It’s the only team in the region, so it’s no surprise baseball-starved fans flocked to the stadium. The Rockies have had an up and down rise so far, but no matter whether the team is in the playoff running or not, the fans always turn up.

John Elway. Peyton Manning. Terrell Davis. Shannon Sharpe. Rod Smith. These are just a handful of the big names who have graced the pride and joy of Colorado. Because there’s no question about it: the Denver Broncos are the most famous team to come out of the state.

While the Broncos started their history in 1960, it was when Pat Bowlen bought the team in 1984 that we can really start talking about the Broncos as a winning franchise. He invested in the team, brought in some great players, but the main thing was the change in mindset. The guy wanted to win, period. And win he did…

The Broncos now have a selection of Superbowl titles to their name. They have the record for most consecutive sold-out games. And who can forget John Elway getting Super Bowl MVP at age 38? What a fairytale ending to a storybook career!

The Colorado Avalanche has been in Denver since the mid-90s, but it was actually founded in 1972. The team was known as the Quebec Nordiques before the move to Denver, which happened after the franchise was sold. Similar to the Rockies story, the team had major support right off the bat (or should we say puck?).

The difference? The huge amounts of success the team enjoyed from day 1. In fact, the team won its first Stanley Cup in 1996, just one year after it was founded. If only, baseball fans…!

The last few years haven’t been quite as prolific when it comes to silverware. However, the team has tied its future to the city of Denver until 2040. So while Colorado fans are still waiting for that third Stanley Cup, there’s plenty of time yet.

Whether you’re a fan of a three-point bucket at the buzzer, a triple play, the knuckle puck (okay, you may want the Mighty Ducks for that one!), or the quintessential quarterback sneak, Colorado has a team you can get behind. They may not be competitive every single season, but you’ll always have packed arenas, passionate fans, and a warm welcome.